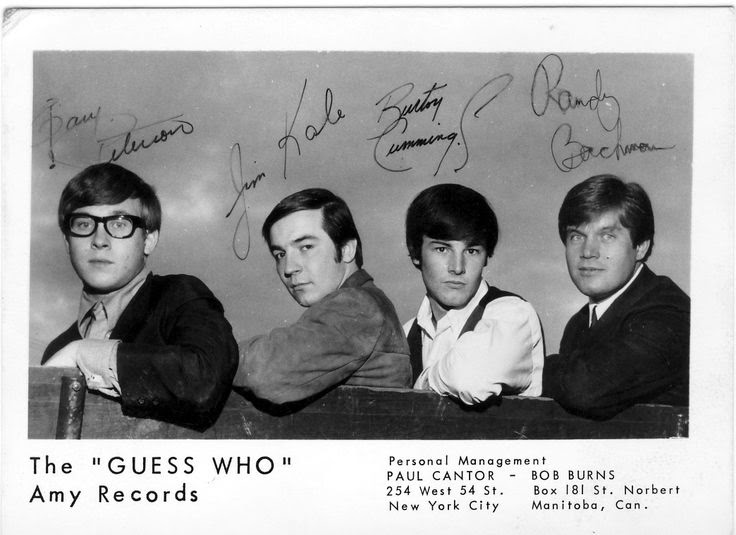 While the Guess Who did have several hits in America, they were superstars in their home country of Canada during the 1960s and early ’70s. The band grew out of vocalist/guitarist Chad Allan (born Allan Kobel) and guitarist Randy Bachman‘s Winnipeg-based group Chad Allan and the Expressions, originally known as first the Silvertones and then the Reflections. The remainder of the lineup featured bassist Jim Kale, pianist Bob Ashley, and drummer Garry Peterson.
The Expressions recorded a cover of Johnny Kidd and the Pirates’ “Shakin’ All Over“ in 1965, which became a surprise hit in Canada and reached the U.S. Top 40. When the Expressions recorded an entire album of the same name, its record company, Quality, listed their name as “Guess Who?” on the jacket, hoping to fool record buyers into thinking that the British Invasion-influenced music was actually by a more famous group in disguise. Ashley had been replaced by keyboardist/vocalist Burton Cummings, who became lead vocalist when Allan departed in 1966.
The Guess Who embarked on an unsuccessful tour of England and returned home to record commercials and appear on the television program Let’s Go, hosted by Chad Allan. Further American success eluded the Guess Who until the 1969 Top Ten hit “These Eyes”; the recording session for the accompanying album, Wheatfield Soul, was paid for by producer Jack Richardson, who mortgaged his house to do so. Canned Wheat Packed by the Guess Who produced three Top 40 singles later that year. In 1970, the Guess Who released the cuttingly sarcastic riff-rocker “American Woman,” which, given its anti-American putdowns, ironically became their only U.S. chart-topper. The album of the same name became their first U.S. Top Ten and first gold album, and the group performed for President and Mrs. Nixon and Prince Charles at the White House. (Pat Nixon requested that “American Woman” be dropped from the set list.) 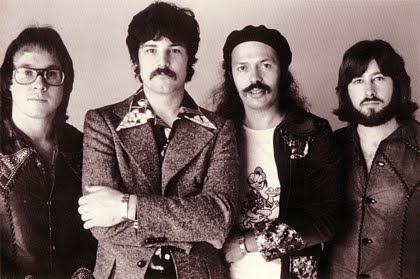 Trouble was brewing on the horizon, though. Guitarist Bachman, having recently converted to Mormonism, took issue with the band’s typical rock & roll lifestyle, leading to clashes with Cummings. Finding the atmosphere unbearable, Bachman left the group in July 1970 and formed Brave Belt with Chad Allan, which later evolved into Bachman-Turner Overdrive. His place in the Guess Who was taken by Kurt Winter and Greg Leskiw, and the title track from their next album, “Share the Land,” climbed into the Top Ten later that year, and several more singles charted afterwards. The group returned to the Top Ten one last time in 1974 with the novelty single “Clap for the Wolfman,” featuring dialogue by deejay Wolfman Jack. Burdened by shifting personnel and loss of direction, Cummings broke up the band in 1975 and tried a solo career. The lineup from the Guess Who’s glory years reunited in 1983, and a version of the group with constantly shifting musicians (occasionally original members) continues to tour. 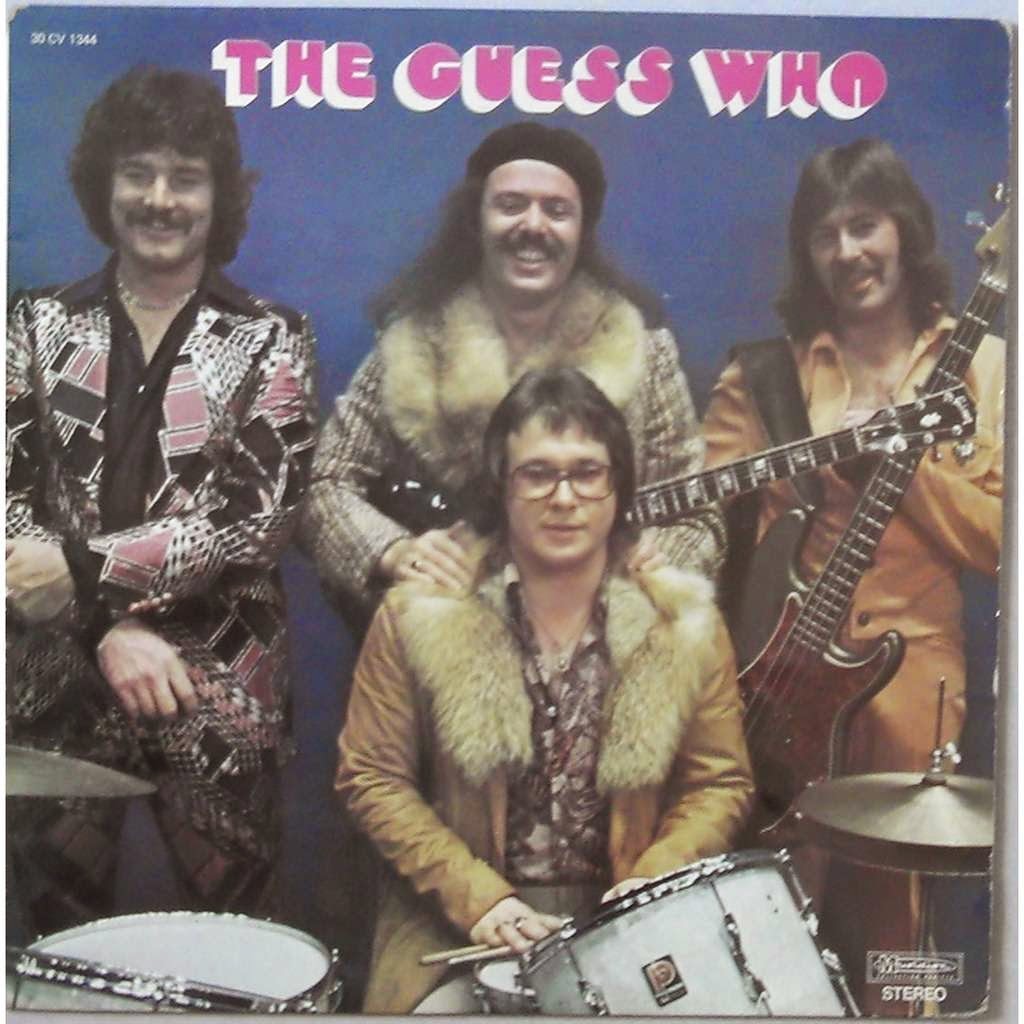 According to Randy Bachman, the inspiration for the song arose after an incident when he was visiting California. He was walking down the street with a stack of records under his arm, when he saw three “tough-looking biker guys” approaching. He felt threatened and was looking for a way to cross the street onto the other sidewalk when a car pulled up to the men. A woman got out of the car, shouting at one of them, asking where he’d been all day, that he had left her alone with the kids. The man suddenly was alone and his buddies walked away. Chastened, he got in the car as the woman told him before pulling away: “And one more thing, you’re getting no sugar tonight”. The words stuck in Bachman’s memory.

“These Eyes”  was co-written by the group’s lead guitarist Randy Bachman and lead singer Burton Cummings and originally included on the band’s 1969 album Wheatfield Soul. It was first released as a single (backed by “Lightfoot”), in their native Canada, where its chart success (#7) helped land them a U.S. distribution deal with RCA Records. It was then released in the U.S. in April 1969, and became a breakthrough success for the group, as it would be their first single to reach the top ten on the Billboard Pop Singles chart, peaking at number six, and would eventually be certified gold by the RIAA for sales of over one million copies. While it was actually the 18th single released by the band, it was the first from the quartet of Cummings, Bachman, Jim Kale, and Garry Peterson as produced by Jack Richardson.