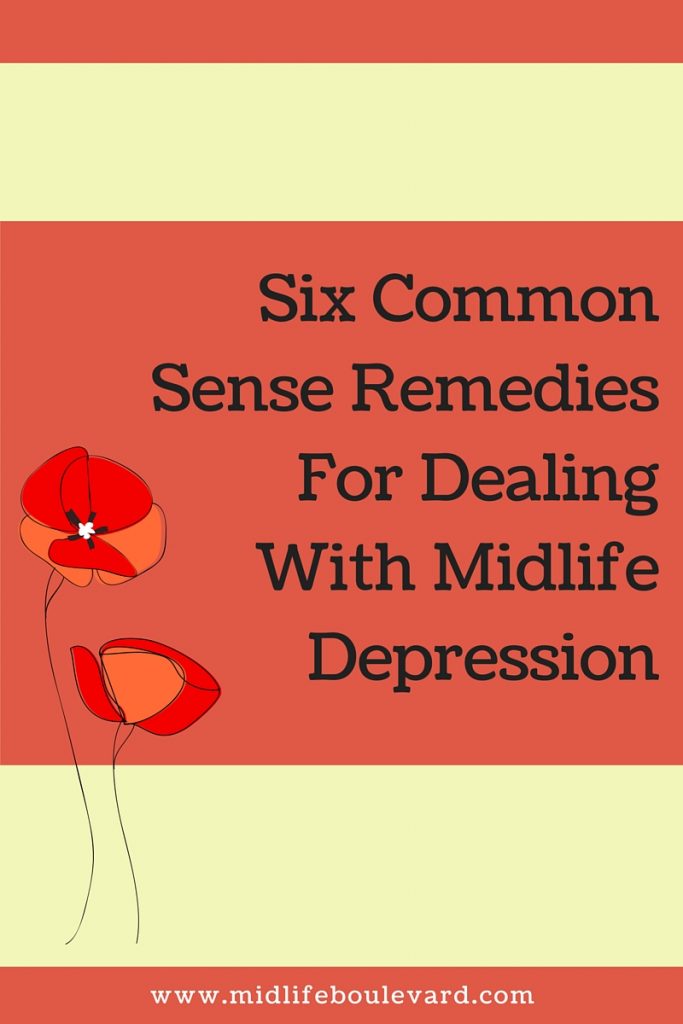 Midlife was upon me.

A few people were stockpiling water and supplies, zealous about the world coming to an end. Others were impatiently awaiting spectacular fireworks on New Years Eve, toasting one another gaily with Dom Perignon. (Or perhaps a less pricey variety of the same beverage).

I made sure I had three months’ supply of Lexapro — just in case the first group was on to something.

Perimenopause was governing my world. I managed at work. But my husband couldn’t do anything right, and my mood could turn melancholy or dark. Lexapro was a godsend for all that.

I had been clinically depressed only once in my life. That was three weeks after my first wedding (not a good sign). I had taken medication and sought therapy.

But this was different. I was happy in my marriage, delighted to be parenting our child. I had a career I loved.

The obvious things, like hot flashes, were signs I was in the middle of “the change.” No doubt about it. But there were other things in my life that I recognized as triggers. My mother, although still alive, had emotionally vanished due to a prescription drug addiction. A long-time kindred spirit suddenly abandoned our friendship. My practice could be exhausting, and I didn’t know how to say no. I was involved in way too many volunteer activities, all of them meaningful, but they took their toll.

And what in the heck was happening to my body? Yikes.

Midlife women lead the statistics on depression, with one in eight experiencing symptoms. That’s a little over 12% of midlife women. Doctors will say that menopause doesn’t cause depression, but it can certainly lead you into darker thoughts than you’ve ever had.

What happens when the supposed transition deteriorates into depression, or the two become entangled in a destructive way? Midlife Caucasian women, especially those that don’t live in metropolitan areas, are committing suicide far more than their counterparts.

Whether or not there is a hormonal issue is important, because of treatment options. But what’s happening to midlife women needs our attention.

Women talk a lot. But telling someone who cares about you that you’ve thought about driving into a pylon? Sharing with a girlfriend that you crawl back in bed and sleep until mid-afternoon after you watch your partner leave for work? Believing, maybe even hearing yourself say, “The only reason I don’t get in my car and drive away is my kids?”

That’s depression. And many will not admit it.

In a study that I conducted recently there was one major reason why the 1500 women who responded wouldn’t seek treatment for depression. “Being seen as weak.” A recent email from a woman revealing her depression called it the “D” word. Yet depression is no different than other diseases, with tangible changes in brain function.

The problem is that you can’t see those changes without special testing, but it’s there. You don’t have a rash, or a broken bone. You may not even look much different than you always do to others, unless your symptoms are severe.

Depression is not a weakness of character. Quite the opposite. When you experience it, it requires strength to cope with it.

I asked a few women to contact me about their midlife depression. What was helping them begin to feel vital again? There’s nothing new or startling here.

Journaling. Taking the time to express and honor how you feel or what you’re thinking can be incredibly helpful, and often is the key to getting better. It hurts more when you first start, so prepare yourself for that. There’s something about seeing yourself in black and white that’s difficult. But hang in there, and it can help you travel through your experiences so you don’t get stuck.

Exercise. Everyone said that moving was vital. Any kind. Go bowling. Park your car in the farthest parking space. Get a yoga video. Just move.

Medication. Meds aren’t going to be for everyone. Sometimes the side effects are terrible. But they also can be transformative. They don’t do the work for you, but they can provide enough fresh mental energy for you to make desired changes. Don’t forget the possibility of an hormonal impact, have them checked, and consider both traditional and holistic treatments.

Relationships. Connection with others, engaging with the people in your world is so important. There’s really nothing to replace giving to and receiving care from others. Relaxing, laughing, sharing. All of it is healing.

Therapy. I’ve received outstanding therapy. And I’ve received really crummy therapy. The difference was in the relationship. I wasn’t paying attention (with the crummy one) to whether or not I really felt understood. I was just going because I needed help. And then I got used to it. Assessing the relationship and feeling like the clinician’s attention is completely on you and your progress is vital.

Getting objective and knowledgeable feedback is very different from talking with friends or family, who can’t help but have their own agenda. A good therapist can help you confront whatever it is that is depressing you — your own view of the world or yourself, your relationships, or some trauma that has never been revealed.

Finding Purpose. This is huge. To know how you’re making a difference — why you want to get up and face whatever is in your life — is monumental. Sometimes you have to work to discover it. But it’s there.

If you are depressed or have suicidal thoughts, please reach out locally to your doctor or therapist, or call the National Suicide Prevention Hotline.

Thank for stating depression is not a weakness but requires great strength! A big reason many keep it to themselves is that others view it as weakness in mentality. I think I am guilty of that. UNTIL I experienced full-blown depression that lasted months. I am just now feeling like my old self but after months of therapy, short course of meds, lots if bending friends' ears and much prayer and meditation. I was startled how it altered my existence and stifled me from getting anything done, feeling joy or taking care of myself. It's work!! Not a weakness. Some friends did not understand so I first kept things from them but as I grew stronger in my perception and my path I was just honest and tried to educate them. Who knows who it might strike. I never thought it would be me. I enjoy your posts, thank you!

Thanks very much Paula. I'm sorry that you experienced such a tough depression, but I'm with you about the whole "weakness" thing. It has nothing to do with being less of a person -- less strong, less courageous. It's all about genetic predisposition, severe stress, and certain triggers. Good for you that you sought treatment, and that you put in the work to get better.

correction: is NOT a weakness

Excellent post. Thank you. When I was younger, I entered into a counseling relationship., which was incredible, and I found myself going back later. To this day, it still feels better to say counseling than to say therapy, but of course, it was the same. What is it about the word therapy? I have never married and at times, I feel that's an added emotional weight. Married friends might disagree!

That's funny Pam. When I'm talking about the stigma of mental illness, I often use the analogy that we believe wise people seek counsel. We don't see that as weakness, but as intelligent and productive. Therapy is counseling! I'm delighted you had a good experience - no matter what we call it... Thanks for writing.

I know now im not exhausted im depressed ..im going through the menupause ,ive just lost my mum .. Ive had a really bad few years ,ive brought up my children and im now bringing up 4 foster children .i used to train and run quite a lot to cope with stress but now im finding it hard to just to manage my day to day routines i so long for my lost energy ..

HI Christina. It sounds as if there's a true mixture of what might be hormonal change and the moods and thinking problems associated with that, grief about your mom, and quite a heavy maternal responsibility. No wonder you're having issues with fatigue. I hope you can get help with any or all of those. That's a perfect storm in many ways for overwhelming depression.

Exercise has been the big one for me and also developing relationships. I really value my female friends now in a way maybe I didn't when I was younger. Women are wise in midlife and later years and we can laugh together. However, I still shut myself away when waves of misery crash over me and prefer to be alone. Thank you for this post.

I hate that you experience any misery Gilly but can understand that being alone can feel important. It sounds like you've created a good balance -- and that friends are nearby if you need them. And I agree that exercise is right up there with brushing your teeth -- it's vital! Thanks for writing.