The Magic of Mary Tyler Moore 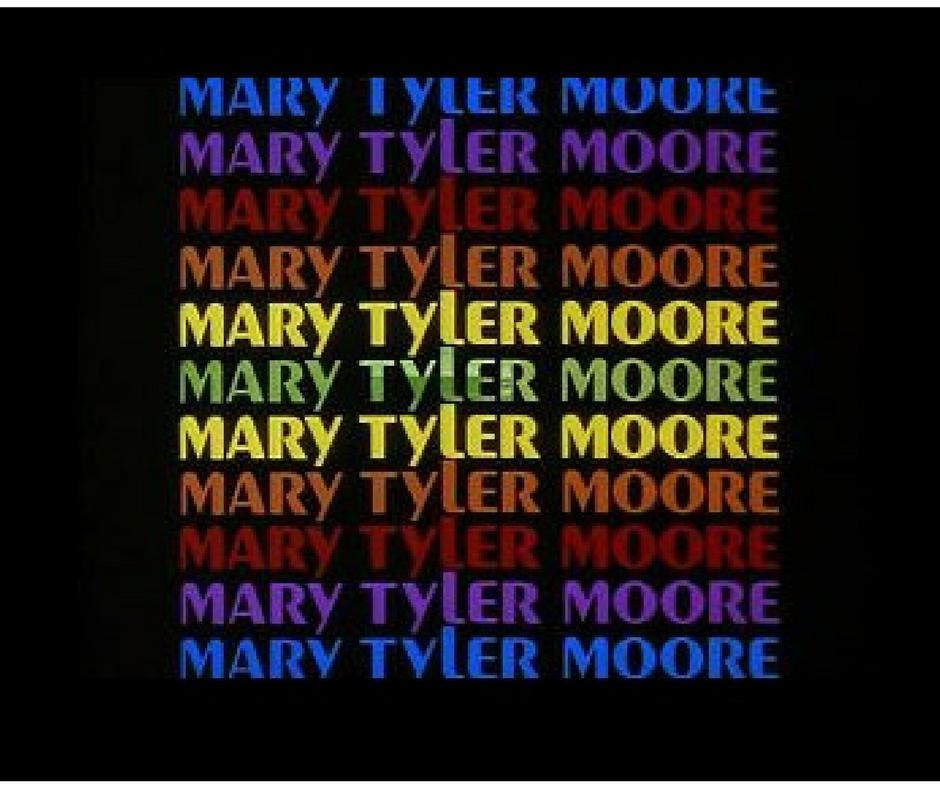 Mary Tyler Moore gave me something to dream about.

There she was, right in my living room, and the perfect role model for my aspirations. I loved everything about her, especially how she threw caution to the wind in the form of a striped tam.

She was experiencing life on her terms, but simultaneously plagued with the same issues as legions of other women  –  how to hold on to your dreams in spite of society’s expectations.

As a young girl, my life was devoid of young, ambitious women who could serve as role models. I had a progressive mother, but her life was cut short by breast cancer when I was 11. I had aunts who were spectacularly talented artists and seamstresses. However, they were held back by financial circumstances, and their domineering Italian immigrant father.

In her short time with me my mother would whisper, “Make sure you go to college and work before you get married.” She was a young widow when she met my father and remarried in her early 30s. She carried the weight of injustice from not having the opportunity to attend college or pursue her dreams.

Mary Tyler Moore took that dream further for me. I can close my eyes and visualize her entire apartment – the table for two by the window, the sofa Rhoda collapsed on while seeking Mary’s sage advice, and the cozy kitchen where she made coffee or tea.

The large “M” on the wall crowned the apartment as hers. She was doing it her way. As a 12 year old who watched her every week I thought she was perfect. She was tall, beautiful, and wore clothes my fashionista mother and aunts would approve of.

Mary was articulate and smart. Smart was important in my family and that would be the way out for the next generation who would pursue higher education and work as professionals. Many of my cousins would go on to be moms. Yet, the steps had been taken for something more with the message that we would “make it after all” firmly planted in our heads by the brave generation that preceded us.

To the 12 year old girl that watched her every week, Mary was perfect in an imperfect way. That was the magic of Mary. The wonderful writers, who I now know were made up of pioneering women, pushed the envelope with societal issues like sex, birth control, equal pay and homosexuality.

However, the writers didn’t crown Mary a woman of perfection. She was never an ideal. Mary was authentic. When she grappled with issues you could feel her pain. She wanted to be a good friend, a respected journalist and a desired woman.

Yet, she struggled to juggle her aspirations, and that was the genius of it all, and prooved how adept the show’s writers were.

Mary taught me to laugh at myself. My twelve-year-old self spent countless hours thinking about life. I wondered about my future, who I would be, and how I would get there.

I never thought about being perfect or beautiful, though my mother and aunts were formidable beauties.

However, I did have a desire to be liked. Mary cared about people but didn’t want to be anyone’s doormat. She wanted to do the right thing for the right reasons and grappled with her “good girl” persona.

Today, we seemed to have moved in a different direction where women are celebrated for their outward perfection. Though we know it’s a sham, society a dores those who look great after having a baby, who don’t sport wrinkles after 40 and appear to have it all.

As far as we’ve come, many of the issues Mary grappled with are still issues today.

At one of my first jobs, I was told about the company’s unfair pay practices toward women. As a young executive, I had sexist remarks made toward me. What did I learn from Mary? I watched as she gracefully picked herself up and held her head up high with her wonderful sense of humor.

She didn’t depend on a man or her looks for approval. When she pounds on Mr. Grant’s door and asks why the former associate producer earned $50 a week more than her, she still speaks for women today.

Hers, as we can see today, was a timeless message. As long as there are streams of women willing to march in streets, young girls across the globe risking their lives to study in their rooms, and moms who have big dreams for their daughters Mary’s light will shine.

I loved Mary too, for more reasons than I could list here. And I had a few of her outfits too, only on my grade school body they didn't look exactly the same. I dreamed of hanging out with her and Rhoda and having the life she led. But, as Valerie Harper says, Mary is who we'd like to be but Rhoda is who we are.

I am still mourning her passing. I can't believe she's gone forever. Thank goodness I own all 11 seasons of the MTM Show on DVD! I can still dream of knocking on her door and saying, "Hey Mare!"

RIP, sweet, dear, smiling Mary. Like her husband, Robert said, I already miss her smile. How I'd like to see it one more time.

P.S. I also love how she fought for awareness and $$ for juvenile diabetes and also for adoptions for animals. Made me love her even more!