As Mad Men counts its way down to the final episode, it has crossed my mind to hope that Don’s final fate isn’t that of the silhouette-man we’ve watched at the beginning of each episode, for seven heartrending seasons: a business suit-clad Don-like figure, plummeting his way off the side of a Madison Avenue skyscraper, down, down, down to the NYC sidewalk below. This season, it appears that many of the main characters have achieved much of the success they’ve been striving for. Has attaining career advancement and coming into money brought any of them the happiness they hoped it might?

Not as far as I can tell.

Not yet, at least.

On last week’s episode, “The Forecast”, Don is assigned the task of writing a kind of “Gettysburg Address”, forecasting what’s next for the company that absorbed SCDP,  McCann. He spends the entire episode chewing on that idea, working through his own thoughts, and picking the brain of almost everyone he meets: his co-workers Ted, and Peggy, his secretary, his real estate agent, current magazines, and even his daughter Sally, and her friends. Is it enough just to work for more and bigger projects, or for a promotion, or bigger clients? Is fame where it’s at? Is it possible to create something of lasting value? Are “my job” and “the meaning of life” totally unrelated concepts?

We’ll have to stay tuned to see how Don answers these questions, but my guess is, that being the Ad Man that he is, his answer will incorporate truth, hope, and glamour, as well as smoke and mirrors. Don’s gift lies in his ability to take the everyday, ordinary moments of life, and spin them in such a way that we see the magic.  His pitches resonate because we find that his words put their finger right on the pulse of our longing. They warm our hearts, and give us hope. Don paints iconic, almost sacred pictures of small moments in life, all the while we watch him struggling in his own personal life to free himself from the chains of his own destructive behavior patterns .

Life is short…and so are the final days of the final season of Mad Men.  Each day we are given in this life is worthy of being celebrated, in my opinion, and if you’ve enjoyed this TV series as much as I have, why not turn these final episodes into an excuse to have a little party, even if it’s only for yourself?  And if you have a friend or a significant other who enjoys watching the show with you, well, then, so much the better! To make your viewing experience just a little more special, here’s a snack that couldn’t be MORE reminiscent of this time period.

I’m calling this recipe, “The Final Cheese Ball” because…well…it made me laugh. It’s actually in honor of the Final Season of Mad Men. But it doesn’t have to be YOUR Final Cheese Ball. You can make it as often as you like. As best I can recall, it was hard to have a get-together in the late 60’s/early 70’s, without the appearance of the Ubiquitous Cheese Ball. But if you lost your grandma’s recipe, I’ve got you covered!

Recipe note: I used Cabot Cheddar Cheese, because it’s my favorite. If you hate blue cheese, you could omit it, or cut down on the quantity. The Cheeseball that might make Don Draper come back for seconds.

Place in bowl lined with plastic, gather the plastic around the cheese, and form into a ball. Refrigerate at least 4 hours or overnight.

When ready to serve, mix remaining pecans and parsley on a large flat dish, and roll the cheese ball in them, to coat. 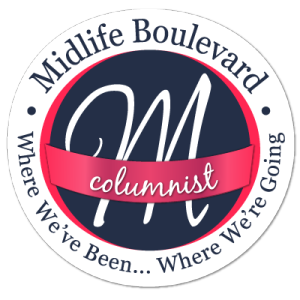 Susan Williams writes about food, faith, and fun at ”That Susan Williams”. She loves to share her passion for great food, simply and beautifully prepared, and only shares recipes she deems to be “the best of the best”. Susan is ably assisted by her talented food photographer husband, who isn’t quitting his day job as a music producer for the fame and fortune of blogging just yet. Susan is a born storyteller. Find Susan on Instagram: susanwilliams

Susan Williams writes about food, faith, and fun at ”That Susan Williams”. She loves to share her passion for great food, simply and beautifully prepared, and only shares recipes she deems to be “the best of the best”. Susan is ably assisted by her talented food photographer husband, who isn’t quitting his day job as a music producer for the fame and fortune of blogging just yet. Susan is a born storyteller. Find Susan on Instagram: susanwilliams

This is great! I've also been a Mad Men fan from the very first episode and am sad to see it all end.

I wonder if we'll see much resolved, don't you?

The cheese ball thing is a hoot. I don't know how this started but a big group of friends have a party every Christmas and my BFF makes two cheese balls - one for the party and one for my husband to 'steal'and shock some guests. She must have made two the first year and at the end of the evening gave him the untouched one, as he is a cheese ball lover, and someone thought he was a cheeseball thief. Too funny. So sad to see Don Draper leave us.

What a fun story!!! My daughter asked if she could take the leftover cheese ball and put it in someone's mailbox. If anyone asks me who did it, I will tell them it was your husband, the cheese ball thief. :D

I love cheese calls! Grew up in the 60/70's where they were at every gathering. My favorite is cream cheese with smoked salmon mixed in..then rolled in crushed Ritz crackers. Yummm!!

I've been thinking about your smoked salmon and cream cheese ball all day. Smoked salmon is one of my most favorite foods. It sounds delicious! Maybe with a few capers, for some acidity, to cut the richness, a bit.

I have an unplanned, unexpected mantra that I find myself repeating at the oddest times: "Don Draper lives and lives well."

I want a Sally Draper sequel (but I'll settle for Mad Men paper dolls) because she's the character I relate to the most having been a teenager then. Every detail is spot on and has been since she was a little girl and her bedroom looked exactly like my sister's! And the things that come out of her mouth--just like my teenage best friend and maybe me, sadly. Don't judge.

Promise not to judge, Pia! :) I don't know that I agree that Don lives well. I think he's kind of sad, and trapped, but very, very gifted, and with a remarkable ability to read people and situations accurately...most of the time.

Great recipe for a Mad Men viewing party, for sure! We're watching it on Netflix and are quite behind, but this would still be a great addition to our Mad Men-watching date nights. :)