I’m extremely supportive of getting your kids into organized sports during their grammar and high school years which is kind of unusual in light of how incredibly uncoordinated I am and have always been.

I have been known to trip while I’m standing still.  In flats. 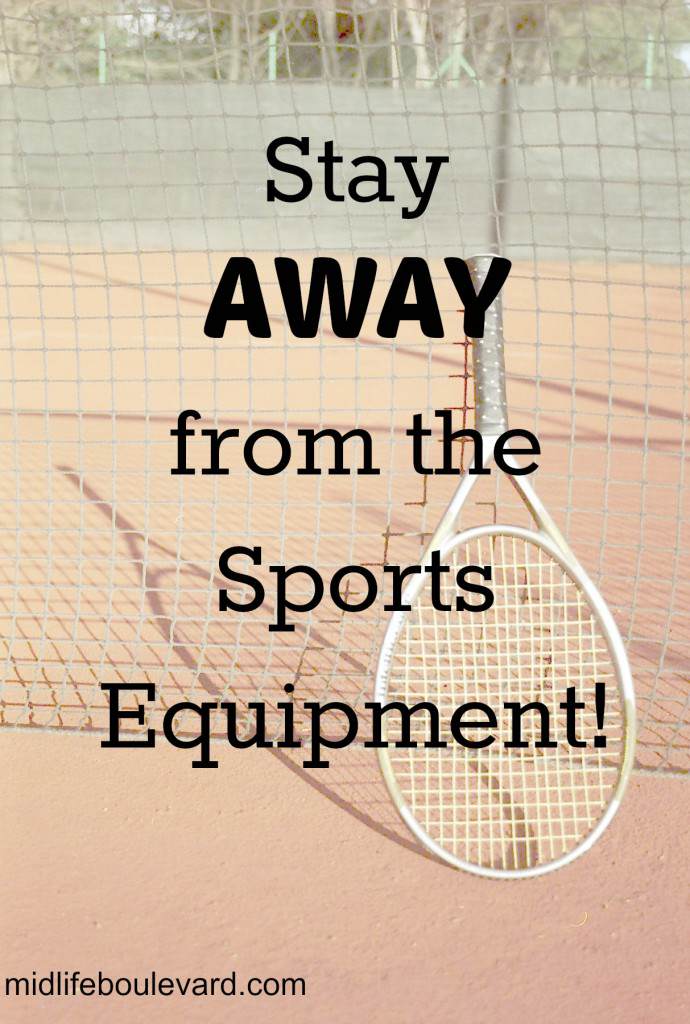 When a ball is thrown towards me, I run away from it or duck for cover.  I have absolutely no hand-eye coordination.

It’s so bad in fact, that I’ve often wondered if there was something physically wrong with me, as if I had some kind of mysterious genetic mutation that made me so uncoordinated.

Every September throughout my childhood, that year’s new gym teacher would approach me and decide that they were going to take on the challenge of my lack of coordination.  They always seemed convinced that it was just the lack of effort from other teachers before them that had failed, somehow they would be able to do what no other gym teacher had been able to do.

They would be so optimistic about it that I’d even begin to think that maybe they were right and they could create magic and somehow teach me how to be coordinated, how to excel (or even make a passable effort) at even one sport.

There was one teacher who I really liked in High School, Mrs. Schnitzer.  I even liked the friendly sound of her name.  She was really nice and was convinced that she could teach me how to play tennis.  Good God, what possessed her to think that I, with my horrific hand/eye coordination could master such a game?  But who knew, maybe she could do it?  I was so optimistic.

We spent at least a full class period trying and trying to get me to just volley the ball once, for pete’s sake.  She kept saying, “Schmidty, keep your eye on the ball,” as if I didn’t know that, and I would woefully tell her, “Yes, Mrs. Schnitzer, I AM keeping my eye on the ball,” but no matter how much my eyes were glued to that tennis ball, my arm did NOT connect with it.

After about two gym classes of this, she finally threw her arms up in the air and said, “Schmidty, I don’t what to do with you!” to which I replied, “Me either.”  I was chagrined, I had really high hopes for Mrs. Schnitzer’s confidence in me, she seemed so sure of her ability to make an athlete out of me.  For the rest of the marking period, I would mostly just hang around and watch the other girls excel at whatever the heck sport we were focused on for that semester.

No, this isn't going to be about punctuation. Nor does it have anything to do with history.  It's about that...