My life story can be told in many ways, but department stores have been part of many special moments. Does this strike you as shallow or strange? It’s really not. I come from a long line of artful shoppers…and it is an art. Ultimately, my heart belongs to Nordstrom. 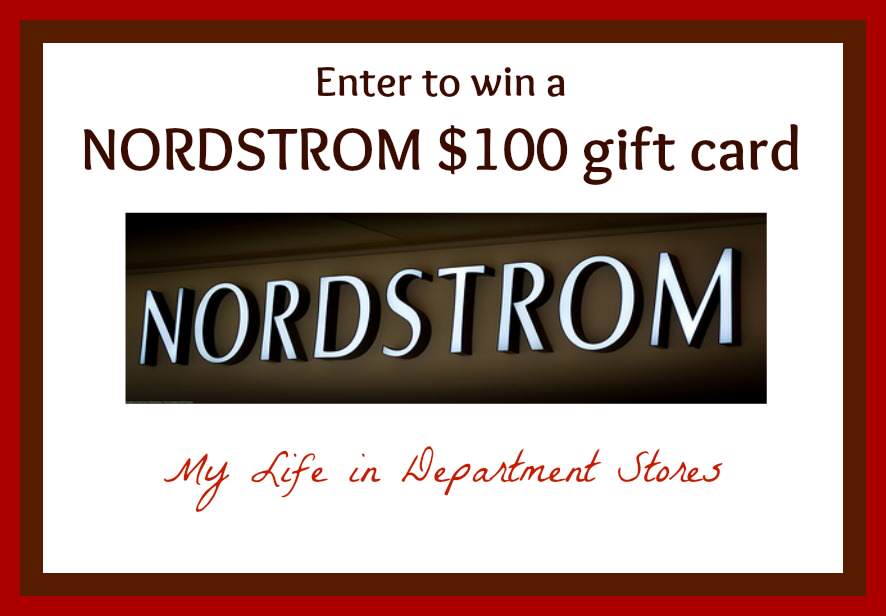 1963 – I took my first steps at the Lord and Taylor store in Manhattan. This was clearly a foreshadowing of my future.

1967 – My father takes me shopping for new school clothes for first grade at Macy’s, Herald Square, in New York City. Not my mother, my father. This was special indeed.

1968 – My mother takes my brother and me to A&S in Manhasset, near where we live on Long Island…a lot. My brother frequently disappears underneath the rounders of clothing, sending us into a frantic search for him. He thinks he’s funny.

1973 – Some of my adolescent friends think it’s entertaining to shoplift from the Gertz department store in Great Neck, New York, where I grew up. I never had the nerve.

1976 – We move to California and have to adjust to the new department stores – The Broadway, May Company, Bullock’s. Though traumatized at first, we manage to find our way to Bullock’s, which became our favorite.

1978 – My father takes me shopping for a suit for my Sweet Sixteen at our now beloved Bullock’s. My father, not my mother. This was special indeed. 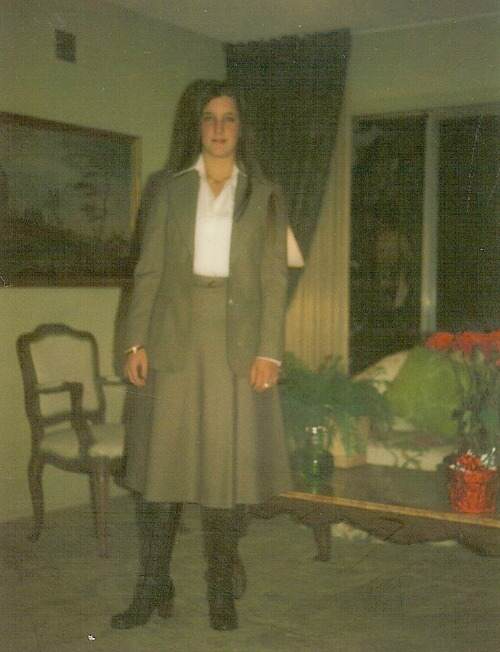 1983 – A new store opens in San Diego, where I am attending college. It’s called Nordstrom. The angels sing and I get my very first credit card, despite my meager income and zero credit score.

1983 – I buy my first pair of expensive, grown-up shoes at Nordstrom for my first post-college job – black pumps that cost $98.00. That credit card is coming in handy.

1984 – I start my first post-college job as an assistant buyer in men’s shirts and ties at Robinson’s, once the chicest store in Southern California. To say the job was a good fit for me would be a gross understatement.

1985 – I move to San Diego to open a brand-new Robinson’s department store at the then-revolutionary downtown Horton Plaza mall. It was very exciting. I was the manager of Women’s Better Sportswear and spent half of my meager salary on clothes.

1986 – I return to the Robinson’s buying office in Los Angeles after my first marriage ends. When May Department Stores buys Robinson’s parent company ADG, the shine starts to fade, and we mourn the loss of designer brands from our stores.

1987 – I know I have found my true love when my then-boyfriend/now husband takes me with him to shop for his family’s Christmas gifts…at Nordstrom. He is a power-shopper. Be still my heart.

1990 – After my daughter is born, our first outing is to Nordstrom. Of course. And I buy shoes. Of course.

1990 – present – All of the special occasion clothes for my children – first shoes, B’nai Mitvah clothes, first bra, first suit – are bought at Nordstrom. When we pulled into the Nordstrom parking lot when my kids were small I would say “We’re home!” They thought it was funny. I was kind of serious.

2008 – present – I have become a die-hard online shopper – but still shop at department stores, often on their websites. I have a saleswoman at the Nordstrom at South Coast Plaza in Costa Mesa, California named Manya who lights up when she sees me. She’s no fool.

What about you? Do you shop in department stores or boutiques? Let us know in the comments.

We’re happy to spread the shopping love with a giveaway for a $100 gift card to Nordstrom.
a Rafflecopter giveaway

Marshall Fields was our first stop. If we couldn't find what we were looking for, we'd take a trip to Carson, Pirie, Scott.

What an absolutely wonderful trip down memory lane. I recall similar experiences in my own life. Shopping at Macy's with my dad was my equivalent. We did not have a Nordstrom's in our town.

My favorite was a southern Louisiana chain called Godchaux's then later renamed Maison Blanche. Dillards bought them out and now they're gone. My mom worked there as a seamstress, altering fur coats. Yes, fur coats in southern Louisiana. Obviously they were a status symbol.

There used to be a Macy's in downtown Richmond. First bra, school clothes, shopping for Mom's birthday--they even had a lunch counter and a very nice fabric department. Then we moved, and there was a shopping center nearby with an Emporium, later a Capwell's, complete with a record department! On a long ago visit to NY, my mother took me and my sister to Alexander's. We got some very cool stuff there. I remember going to LA to visit family and shopping at the May Co. or Robinson's. But I am a Nordy gal now. You can't beat the personal attention and the shoes!

I fell in love with Nordstroms when we were first married. I may or may not have spent more there on the shoes for my wedding than I did for my actual wedding dress. Shh...Don't tell my husband.

4 Things to Do to Prevent Desk-Sitter’s Hunchback

Prevent the dreaded "hunchback" (not to mention back, neck, and wrist pain) by taking a 30 second movement break every...