My son started his first real job this summer in a town 2 and 1/2 hours away last week.  He will be 20 in early July.

He had worked first washing dishes, then running the cash register in a sandwich shop the last 2 summers.

This is engineering.  An internship.

He got his own apartment.

He mostly packed up all his stuff.

My lone contribution was making him a cookbook that his Dad joked he wouldn’t use.

He reassured me he would.

We drove there together with his Dad following.  Of course that made him nervous.  We laughed. Talked.  It was wonderful. 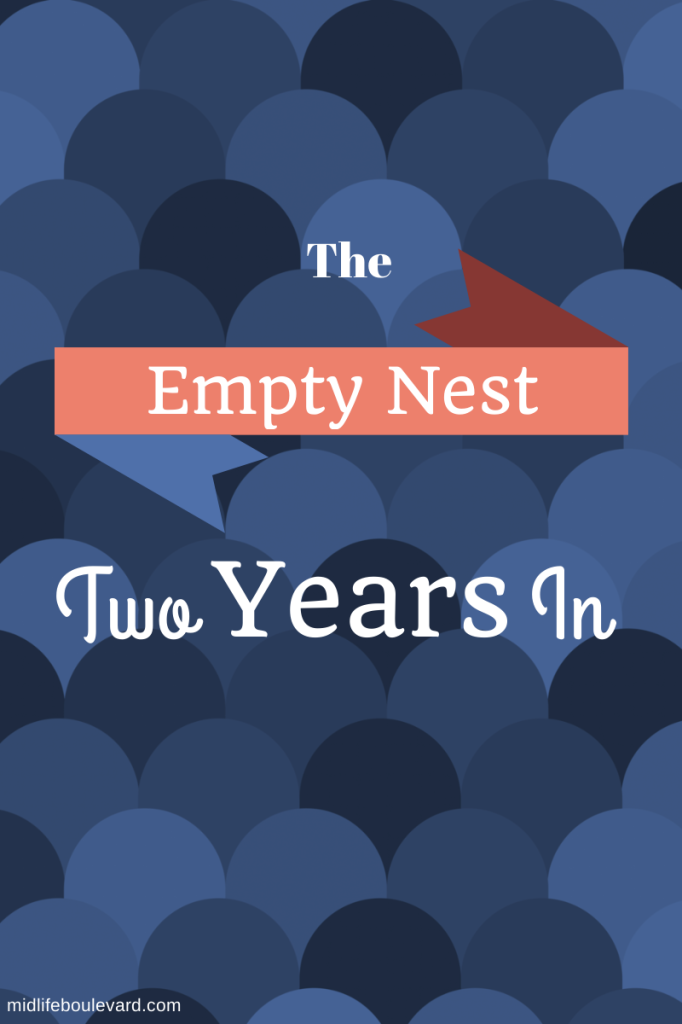 Two years post emptying the nest is really pretty great for us.  We have gotten beyond the initial wrenching good-bye.  And the 2nd.  The 3rd.  I can walk by his room now without tears welling up in my eyes.  I have grown accustomed to him talking about people that I can barely place.  Others I remember better.  I know more of where I fit.

There for a while I did not.  There was a strange space of time where he was definitely pulling away.  Building a new life away from home.  I had not been overprotective or over-involved.  But I had no idea of where I belonged in this new dynamic.  Felt a funny kind of anxiety around him.

The analogy of him building a separate house that I was watching him build came to mind. Was I a visitor?  Did I have a room or a closet?  Did I even have a key?  Or did I have to knock like everybody else?

If that’s coming up for you, please know that it is normal.  Dr. Carl Pickhardt in Psychology Today calls it “parental detachment to foster independence”.  You are helping your almost grown child by still guiding at times, but stepping out of the way.  Encouraging them to make decisions on their own.  Letting them know you believe they will do just fine.

It feels more now like I am wanted but not needed so much.  There are lovely times when he does need me.  That’s when I get a specific call.  And we talk.  Usually about some feelings he is having.

What are the things that can get in the way of this detachment process occurring normally?

Many kids either excessively drink, smoke pot, or abuse stimulants like Adderal that they justify as “needing for study”.  There is also growing opioid usage.  It is rampant on many campuses.  Some, of course, do not engage in any of this behavior.  But don’t kid yourself.  Or let your kid fool you.  It’s everywhere.  If it becomes an issue, parents often get involved to help that kid get into treatment.

A lot of mental illnesses tend to initially emerge between the ages of 14 and 25.  Bipolar disorder, depression, schizophrenia, panic disorder to name a few. So watchfulness, if it runs in your family, is a good idea.  I can’t really speak to the emergence of medical conditions.  Maybe one of the medical mid-lifers will comment!

Some kids, when they get away from the structure being provided FOR them, either by high school or living at home, cannot do it for themselves.  They fail at providing that structure.  They can’t make themselves go to class.  They never learned good study habits.  This is especially bad if they have undiagnosed attentional problems.  And if it’s a big party school…well.  It’s just too much distraction.

This is sometimes a shocker.  A kid who might have looked as if she or he was going to rock the world gets away from home and all of a sudden can’t seem to handle the pressure.  Gets depressed.  Is very lonely.  There may be an idealization of home or high school friends.  Or perhaps she/he was raised in a family that was very interdependent.  These children struggle to create their own identity away from what they know.  They are constantly going home for weekends instead of staying at school.

Some blame this phenomenon, of adult children returning to live with their parents, as about a sense of entitlement.  Some blame it on a harsh economy.  Others on helicopter parenting.  It seems more prevalent. Maybe we are just noticing more.

Hopefully, all will go well in your family.

For most it does.

My son has just had a collapsed lung requiring surgery.  At least during the last 2 years.

So far, so good.  Keeping my fingers crossed.

I would love your comments below!  And please send any questions or comments that you might like answered in another post to [email protected]drmargaretrutherford.com.   I would love to hear from you!  Thanks so much for reading me on Midlife Boulevard!

So so welcome! My word for the days you have left? Relish them and them let them go. So you can enjoy the next one coming at you. After all, a door slamming shut can be something coming in and something coming out. Or both. Grieve when you must. Laugh whenever you can. And there are lots of us here on the Bloulevard to give wanted advice. Good luck!

My daughter is just about to head off to college in August and I've been having a really tough time with it - am so sad about it in the past two months as it looms ever closer. Thanks for the reminder that it will all work out just fine. Lovely post.

Our oldest son (of two) who just turned 23 finally got his own place a few months ago (long overdue, failure to launch sort of thing) and our youngest son, 19, just finished his first year of college. I knew the younger one would work full-time this summer, but I thought he would live at home. Instead he got an apartment with a college soccer teammate close to his work. On the one hand I am proud of him for wanting his independence, but on the other hand we miss him terribly. I knew things would be different after he graduated from high school, but I thought we would have the summers. I find myself weepy, which I find silly, but I think is normal. My husband of 26 years and I are learning to make it and are relearning how to communicate as a couple without having the boys around. I'm not sure how to overcome feelings of weepiness. Loved the article! Thank you!

Good post! Sometimes all 5 of these can occur all at once or several at the same time. I'm not a doctor but a lawyer, mom, college counselor and support group manager with much experience in young adult mental health. I write about this (and advise parents) at www.yourbridgeforward.com - Check out my page on young adult mental health 101 - Yes!! the symptoms of mental illness often emerge for the first time in the college and early post college years. - which can be scary if you don't know what to expect or how/where to find treatment. I also do mental health advocacy work to improve access and reduce stigma. Lots of work to do! Having a sense of humor and a great marriage has held things together for me during some rocky times.

Great Nancy! Thanks so much for providing the resource! Things can truly bottom out in many ways for these young people trying to emerge. I am so glad you commented. I will go to your site and hope others will as well. Glad you had that laughter and solid partnership to hold you steady!

Although I sometimes complain that my kids live too far away, I am thrilled that as adults they have found their independence and followed their dreams. I have several friends whose 20-something's -- and even one 30-something -- are "stuck" -- living at home, either under-employed or unemployed or bouncing from job to job. It's a sad situation, for them and their parents. Always enjoy reading your insightful posts, Margaret.

Thank you Helene. I know of several of those circumstances as well and there can be several reasons for such. Really depends on the situation - the family. The adult child him or herself. It doesn't look like it is changing rapidly either but time will tell. Maybe it will all morph into some other kind of cultural phenomenon!

How I Learned to Stop Worrying and Love My Implants

Thanks to writer Roz Warren for letting us publish this review of Micki Myers' poetry book (affiliate link) of breast...