I’m a little concerned about Jen Aniston. It’s possible that there is no need for such concern, yet each time I see her on that Aveeno commercial, I can’t help but think, “Poor Jen. poor, poor, sad, little Jen.” The reasons for my concern – the information it is based upon and the avenues by which I come by such information – may be a little suspect. I get most of my celebrity gossip updates by reading the tabloid headlines while schlepping through the grocery store check-out line. Still, if what they report is only partially true, this woman has had more than her fair share of doomed romances. 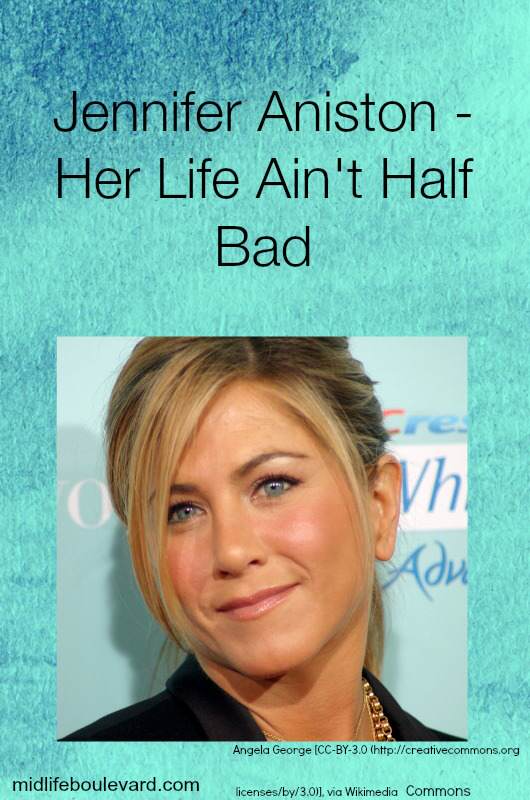 Even taking into account the pathetically passive and pseudo-scientific process by which I have come by this information, I can’t help but wonder, what, exactly, is going on in her life? Why is it that she can’t seem to get lucky in love?

She certainly seems nice enough, normal even — at least by celebrity standards. She doesn’t keep zoo animals and she’s never had any run-ins with the law — none that have been reported, anyway. The only tabloid-worthy behavior that she has engaged in has been limited to a string of failed romances and pregnancy rumors.

If she had actually been pregnant or given birth to all of the children that she had supposedly been carrying throughout the years, my guess is that she would, by now, be living in a shoe and relying upon the kindness of the plastic surgeon who did her long ago rhinoplasty to, for old time’s sake, fashion her a new vagina. I’ve never believed all the pregnancy rumors myself. If she wanted a baby and could not, for whatever reason, have one of her own, I would imagine she could pick one up from somewhere with relative ease.

Jackie DeMuro has spent most of her life shaking her head at the sheer ridiculousness of all that surrounds her. She writes about it, mostly in a humorous way, on her blog, <a href="//javaj240.wordpress.com”">Ambling & Rambling</a>

Jackie DeMuro has spent most of her life shaking her head at the sheer ridiculousness of all that surrounds her. She writes about it, mostly in a humorous way, on her blog, Ambling & Rambling