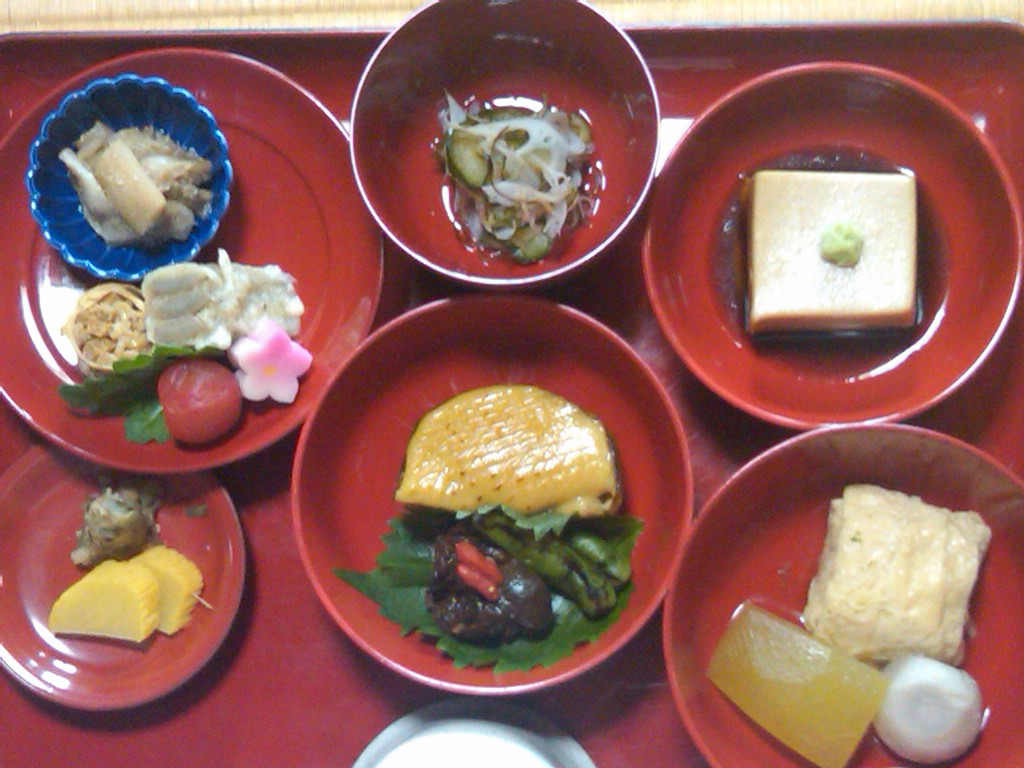 In my last Travel Tuesday post, I shared my experience with Japanese toilets. Today, I’m sharing our experiences with food in Japan. Hmm. perhaps I published these out of order.

As a long time resident of the fifth largest city in the United States, Philadelphia, I considered myself quite cosmopolitan in terms of my exposure to foreign food, including Japanese. However, after two weeks of eating Japanese food, in Japan of all places, I realized that sushi from an American supermarket is just Japanese food lite.

In Philadelphia, we have never said to ourselves, “I know, let’s have dinner at the train station”. In Japan, train stations were one of our go-to places to find sustenance.

On our first night in Japan, we walked around inside the massive main Tokyo train station and stumbled upon “Restaurant Street”.

The beauty of Restaurant Street in the Tokyo train station was that many of the restaurants had some English translations on their menus. Even better, some had photos of food. For the truly clueless, there were even plastic models of food.

These visual aids made ordering more or less seamless. For example, we knew we probably did not want to request “salted fish guts of salmon’s internal organs”. Fortunately, there were no photos or plastic food models of this item, just the translation.

When ordering visually, I was also mostly able to avoid ordering food that might be staring back at me. At the risk of sounding like an Ugly American unable to properly appreciate culinary diversity, I have to admit that some of the food items happily consumed by the Japanese had me thinking about becoming a card carrying member of PETA.

We also found that there seemed to be a direct correlation between food and discomfort. The fancier the meal, the more likely it was to be served at a 10 inch high table. This required having to contort our 50-something year old, inflexible bodies into painful postures to sit on tatami mats on the floor. Fortunately, these restaurants also required shoes to be removed at the front door which at least prevented mutilation with spiked heels. 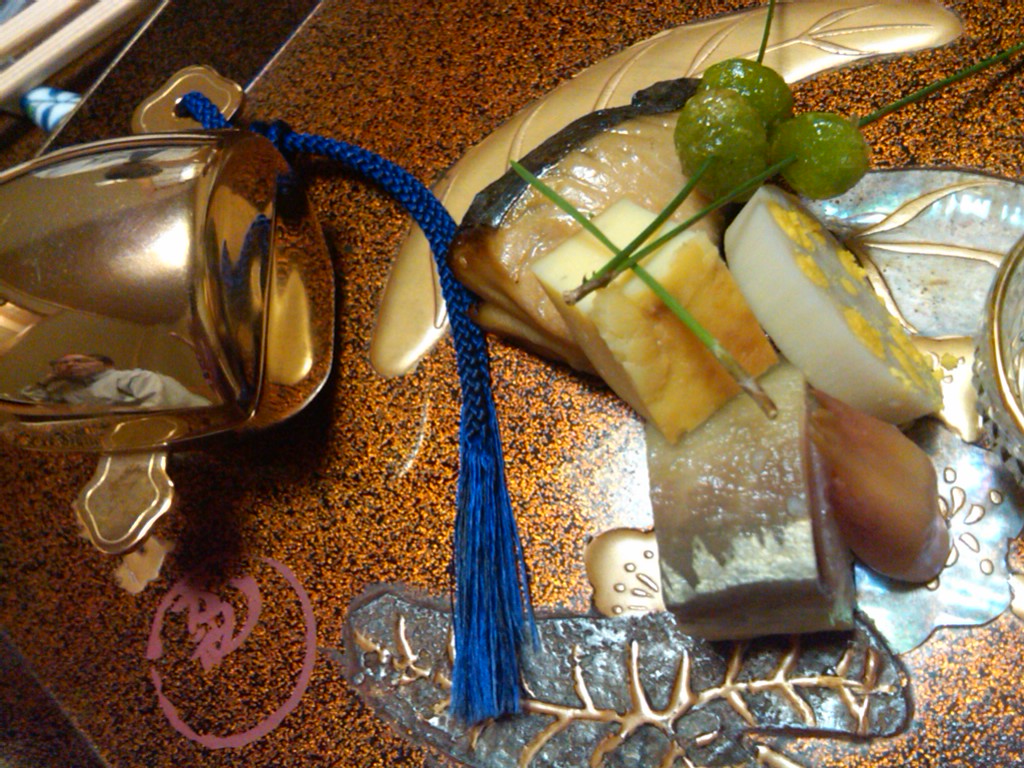 One of the raw fish courses at our kaiseki dinner

In order to confirm my autonomic horror at the thought of eating raw fish and to be polite, I did actually take a bite of some raw sea creature when I accompanied my husband (Dr. Excitement) to a professional kaiseki dinner where he was the guest of honor.

Kaiseki is a favored multi-course Japanese meal. I figured his Japanese hosts already thought he was weird just for bringing his wife in the first place. I was the only female in the room not serving food.

The kaiseki meal to which we were treated turned out to be seven courses of fish in various states of rawness, including a course of a semi-cooked egg and fish omelet. The last course was miso soup, rice and eel.

Much to my surprise, my husband actually developed a taste for eel. The most adventuresome I got was to order barley rice with grated yam from an English menu. Mistake. Grated yam turned out to be a bland, slimy, white paste. In this case it was perched on some steamed white rice. Slimy is a texture well represented in Japanese cuisine.

I was quite proud at one meal when I managed to conceal my dismay while my neighbor waxed eloquently about his sashimi (raw sea bream, tuna and whatever). While he consumed his slimy morsels, I happily munched on delicious well done beef wrapped around udon noodle swirls in an exquisite sauce. 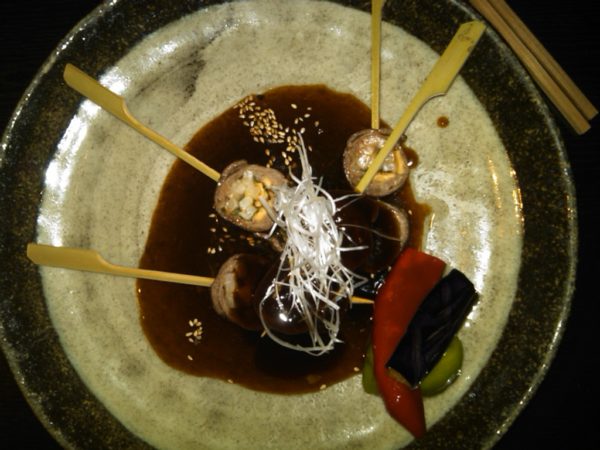 This beef wrapped around Udon noodles was more my speed.

Despite their fondness for raw fish, the Japanese seem to prefer their vegetables well cooked or pickled.

I was familiar with mystery meat from my college cafeteria fare back in the day, but vegetable preparation in Japan often prompted a guessing game of “name that vegetable” among the gai jin (foreigners) at the table.

In one street market display, I counted no fewer than twelve types of mostly unidentifiable pickled vegetables available for sale.

Pickled vegetables on display in a Japanese street market.

At a Zen Buddhist vegetarian lunch, I could only dig in, confident that even if I had no clue as to the origin of the beautifully presented non-meat items I was eating, there were no hidden eyes—unless perhaps something was made from potato.  (Get it?)

The favorite meal of our Japanese sojourn was a sukiyaki dinner at a tiny hole in the wall, one counter, mother-daughter restaurant on a back alley in Takamatsu. Takamatsu is not on the usual tourist circuit in Japan, so It was difficult to find an English menu. We ended up in this place because we were able to say “sukiyaki” which produced a nod of the head and a smile as we were ushered in.

Then there was the problem of figuring out what type of sukiyaki might be available. Google Translate informed us that the first meat possibility was horse. The horrified look on my face apparently did not need translation. We had beef sukiyaki. 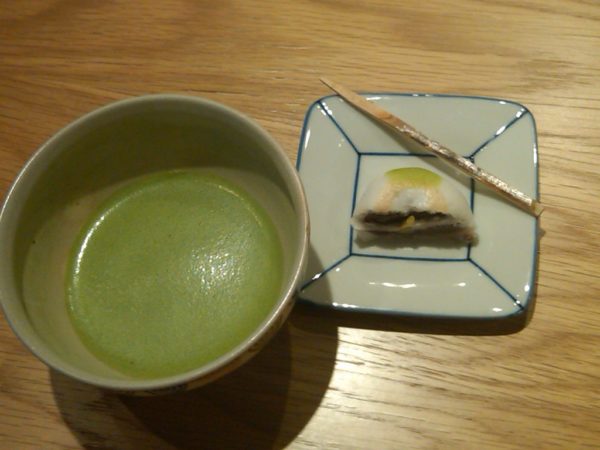 For my western palate, the tea was way too bitter and the sweet was way too sweet. We were told that in the Zen Buddhist tradition, the two tastes are supposed to combine in one’s mind. Apparently, I am simply not Zen enough to pull this off.

Final food related observation: There don’t seem to be very many obese people in Japan although it looks like residents of Tokyo might be starting to pudge up. I guess this national leanness should not be that surprising. “Salted fish guts of salmon’s internal organs” is probably low cal and not something likely to be super sized.

What’s the most adventuresome thing you’ve eaten in your travels?

It's so hard to believe that fall is right around the corner. Summer went by so quickly. I love fall...