It’s been going on since before we were married.  It started out of peer pressure, because everyone he knew was doing it.  At first, I think it felt almost like work for him, but then it developed into real passion.

She became an official mistress about 20 years ago, when we were living in another state.  No one knew us, and there was anonymity in our small Texas town.  If he took off for a couple of hours, no one would notice, and I certainly wouldn’t ask around in public to find out where he’d been. 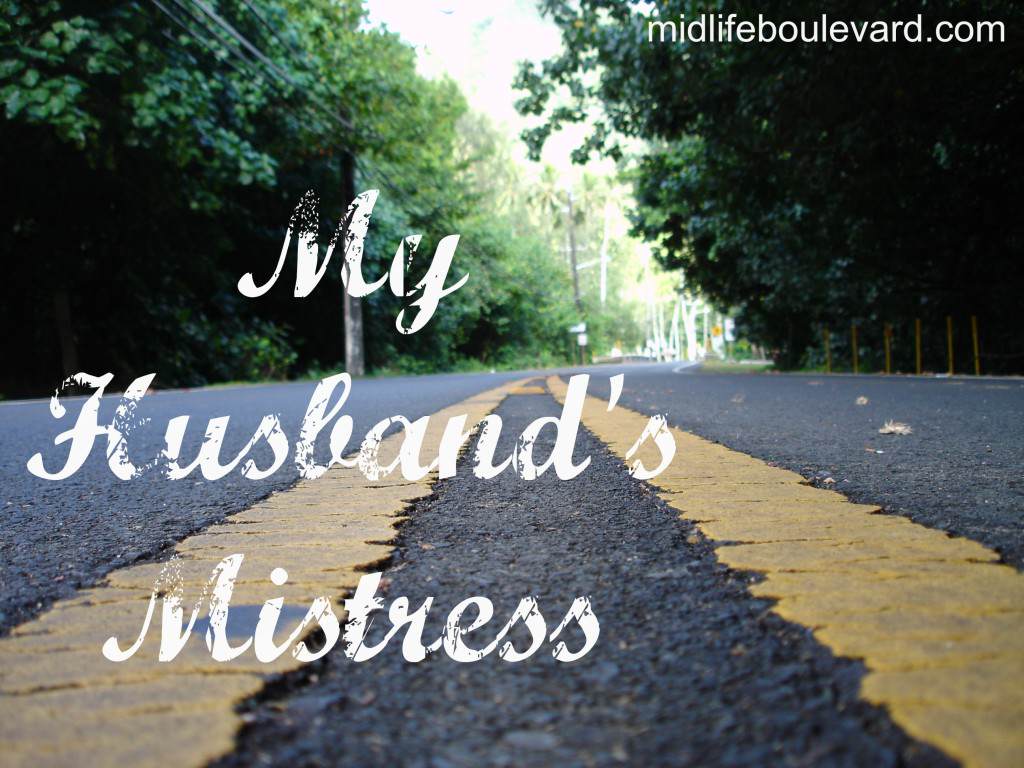 A couple of times over the years, I think he’s wanted to stop.  But the desire always came back.  So much so that I finally acknowledged it was part of him, and accepted it.

I got resentful when she took time away from me, but he always seemed to return a better man.  It was as though she fulfilled a physical need and a spiritual one, both things he just couldn’t find with me.

Their times ranged from quickies in the afternoon to marathons lasting almost a full day.  But even the briefest encounter could help him clear his mind and regain perspective.  Seemed like a paradox to me, but I really didn’t have a choice.  I even tried to join them a few times, but it just wasn’t right, and I retreated to give them their time.

They go all over together.  Exploring unique parts of the city, and occasionally even traveling.  I’ve learned not to try to talk him out of it once he’s got his mind set on it.

This morning when he said he was going out to spend time with her, I sighed.  I had other plans for the day.  But they’d have to wait.  He needed her.

So I gave him my blessing, and he put on his shoes, and went running.

Read more from Lisha Perry Fink on her blog, The Lucky Mom

I was very intrigued. My husband doesn't seem to have a mistress...unless it's the TV, and for that tryst he doesn't really change.

Well, at least you can join him!

Hey, I admit it...you had me...right up to when you joined him and the mistress...then I thought golf? My husband's is football on the tube...so I lose the TV as well...

I'm glad I had you going for a bit. If it had gone on too much longer it probably would have gotten a little creepy.

Well done--in style and content. My husband is a writer after he gets home from work. He's written 7 books in the last 8 years. I do proof his first drafts, so I can connect with him that way. And I've decided to do things in the evening with friends rather than sulk or nag. It is what it is! At least his hobby produces royalties (modest, but it's something).

Wow! A mistress who pays! I think I would embrace her in a whole different way if that were our case. Thanks for the kind words, Karen.

Deborah! Thanks for stopping by! I wish I had it in me, really I do. But between my wonky knees and my bladder traumatized by three pregnancies there's just no way. (Was that TMI? Oh, well.) But you with your young knees should join him! It's every guy's dream, you know?

I'm hoping I can eventually get my husband back into seeing this particular mistress. I'd like to make it a three-way, when I'm in running shape again!

Deborah! Thanks for stopping by! I wish I had it in me, really I do. But between my wonky knees and my bladder traumatized by three pregnancies there’s just no way. (Was that TMI? Oh, well.) But you with your young knees should join him! It’s every guy’s dream, you know?

A Plan to Maintain Weight Through the Holidays

This is a tough time of year for me as far as exercise and controlling my weight.  It’s a...