We first met nine years ago.

It was a sticky, late spring day, and Alan, my soon-to-be husband, and I had just come from a Phillies game. More nervous than I let on, I felt like I had just gotten off the field myself. We were on our way to see my soon-to-be stepson perform in his middle school choir. Alan and his soon-to-be ex-wife Stephanie were at the end of a difficult divorce, and since his descriptions of her were sometimes less than flattering, I was half expecting to meet a crinkly, cranky, unkempt woman. 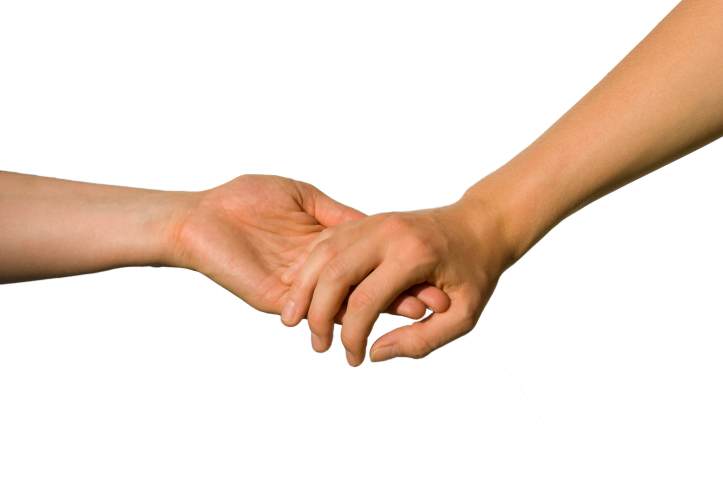 But instead it was worse—much worse. She was the grown-up version of the petite, perky cheerleader I both envied and loathed in high school: disarmingly friendly, very beautiful, and very blonde. Not surprisingly, her kids adored her, and soon enough I would come to as well.

There are no card categories in Hallmark describing who Stephanie and I are to each other. She is the mother of my children. She is my husband’s ex-wife. I am her children’s stepmom and her ex-husband’s wife. These awkward titles often lead to more questions than answers. And though accurate, they fail to recognize, let alone honor, the unique and powerful nature of the relationship we have formed.

I can’t imagine how hard it must have been for Stephanie to share the people she loved most in the world—her children—with the person she may have liked least in the world, her ex-husband, and then trust them with a woman she had absolutely no say in approving. Stephanie had every reason to dislike me just because of my role, as did the kids. But instead of condemning me, she gave me a chance—and even more generously, she gave her children permission to get to know me, and eventually love me. A mother’s love doesn’t get bigger than that.

Perhaps love stretches us, and makes us bigger on the inside. Certainly childbirth involves a physical stretching followed by a miracle. And becoming a stepmom is its own labor of love, one that involves lots of stretching and spawns many miracles.

Though we share custody of the kids and they have less time with each of us, they also have more love. And can anybody have too much love—too many adults reminding them of their beauty, and embracing them as much for their imperfections as for their strengths? I don’t think so. And neither, it seems, does Stephanie. We have shared the two most intimate relationships a woman can have: husbands and children. It’s not always easy, but that’s what makes it satisfying.

Perhaps the reason Hallmark doesn’t have a category celebrating this unique relationship is because there are so few examples of successful mom/stepmom relationships. Not only do childhood fairy tales haunt us, think Cinderella’s evil stepmother, but even scarier are the televised portrayals of women raging and undermining each other like in the Real Housewives franchise.

Stephanie and I are co-moms coordinating childcare, carpools and doctor visits. She is better at broken bones; I am better at broken hearts. She is Mischief Night, I am Day of Service. We aren’t best friends, but I consider her part of my family. And while it’s not a relationship either of us dreamed of having, it is one I certainly would fight for.

Someone asked me after I had recently wed, “Isn’t it hard to love someone else’s kids?” I answered, “Not if you love them like your own.”  I am not their mother, but in my heart and in daily life, Andrew and Becca are my children.

Becca once told me she was happy Stephanie and I get along so well. I answered, “I love your mom. She gave me you.” And it’s true. I love Stephanie. Not only because she is my children’s mother, but because she gave me my children twice—first by physically bringing them into the world, and then by giving them permission to bring me into their worlds.

So there is no name for who we are to each other. There’s just an abundance of pride and appreciation for what our mutual love for our children has called forth between us. And that may not be what “real housewives” are about, but I do believe it’s what “real mothers” are about.

Read more from Cheryl Rice on her website, Your Voice Your Vision.