Jacqui can be found at Small Dogs Bark Loudest, where she shares stories on how she’s still figuring out life in her mid-fifties. Join her as she writes about people and their passions, with stories like this one about how to deal with bullies. 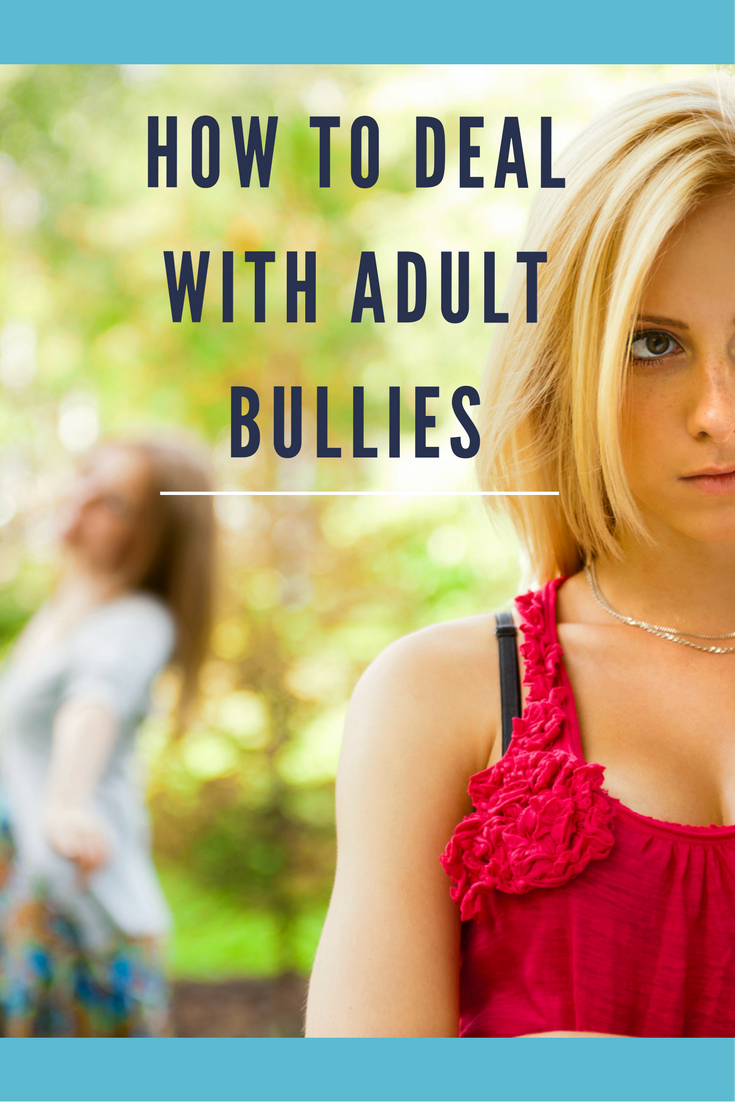 When I wrote an article recently about being bullied at secondary school, I did so with mixed feelings. I wasn’t sure how I would feel, dissecting a dark time of my life that happened over 40 years ago. Revisiting events and experiences that I have long since laid to rest might unsettle me.

But the time seemed right because it was Anti-Bullying Week in Britain. Bullying is a serious issue.  A recent survey that shows 1.5 million young people in the UK aged between 12 and 20 – that’s half of them – have experienced bullying at some time, and one in four over the last year.

It made me think about the insidious long-term effects that can stay with anyone who has been bullied. I believe these effects are as damaging as the bullying itself. The survey bears this out: 44 percent of the respondents who had been bullied reported depression, 41 percent social anxiety, and 33 percent suicidal thoughts.

I know from personal experience that bullying can have a negative effect on self-confidence and self-esteem. These effects can last long after the bullying has ended. Adaptive behaviors and negative self-beliefs can be hard to shake off. I’d like to share with you six truths that helped me move forward. If you have been bullied I hope they are useful for you, too.

How to Deal with Bullies: Six Truths

Truth One: You Don’t Need To Be Invisible

As a child I spent hours awake each night planning how to avoid being noticed by the children I feared. Later in life, echoes of this fear manifested as a lack of confidence and a tendency to apologize. Sometimes, those who are bullied try to disappear literally, by developing eating disorders. 15 percent of bullied young people reported this in the above survey. I also did as a teenager. If we can recognize these types of behaviors indicate negative self-beliefs, we can start to confront them.

Truth Two: You Don’t Need To Be Nice To Everyone

When we’re bullied, we can feel ostracized, unwanted, shunned, and this can create in us a desperate need to be liked and accepted. It can be a very lonely place on the side-lines. Long after the bullying had stopped, I came to realize that I spent much of my life trying to be ultra-nice, so that people would like me. I was a people pleaser, constantly feeling I had to fit in. There’s nothing wrong in being nice, as long as you’re doing it because you want to, and not because you crave acceptance.

This follows on from the previous truth. When we feel vulnerable and fearful of others, the last thing we want to do is antagonize those we are afraid of. It’s often easier to either stay silent or to go along with things. The problem is that when we learn that to agree or to acquiesce yields a positive result, it can be a habit we repeat in life whenever we find ourselves in the situation of where we really want to voice an alternative opinion. If we’ve never gained confidence that doing so is survivable, rather than catastrophic, it can mean that we become afraid to put our head above the parapet and own our true feelings.

Truth Four: You Didn’t Imagine It

I have forgotten a lot of the details of what happened at school, and sometimes I’ve even wondered whether I’ve imagined the whole thing or exaggerated it. The more plausible explanation is that I have blotted memories out. I have also considered whether I was just a hypersensitive child who couldn’t handle the normal rough and tumble that happens among children everywhere, and who should have simply toughened up. That’s certainly possible; but in a way, it doesn’t matter. It doesn’t negate the experience I had, or the emotions I felt. We are all individuals, and experiences and events affect each of us differently. What’s important is that it was real for me – and for you.

The bullying I encountered was mostly verbal: snide digs, ganging up, shunning. I recall one physical incident, though, where a pupil in my class, for no reason, suddenly grabbed me around my neck. I was shocked, but in such a submissive state of mind that I didn’t feel I was entitled to get angry. So, I just recovered myself and laughed it off. I rarely think of it, all these years later. When I do, I can still experience powerful feelings, such as imagining I would like to throw a punch at that person, hard, so it knocks her to the ground! I recognize that I have repressed anger. The reality is that I am a very passive person, I lack aggression, and do not like conflict. And this brings me to my final point.

Truth Six: You Don’t Have To Fear People

Bullying is essentially about control. When we are bullied, we adopt thoughts and behaviors we hope protects us from the threat of a bully. As a result, we feel powerless. Sometimes childhood bullying can make us stuck. We may replay those stuck feelings in situations which remind us of when we were bullied. So, for example, if I detect behavior in others that I perceive to be potentially controlling, I can feel quite stressed; but because I’m tuned in to recognize controlling behavior, I am also more prepared to challenge it.

Whether we are 20 or 90, learned negative self-beliefs from being bullied can stay with us for years. These beliefs have the potential to impact negatively on our lives. If we recognize them for what they are – old, outdated coping mechanisms that sabotage our ability to thrive in the present – we start the process of weakening their hold on us. It isn’t easy, and I’d be the first to admit that. Voicing and owning these beliefs are the first moves towards stepping out of our bully’s shadow.

I’ve reached my mid-fifties, yet sometimes feel I’m still figuring out life. I know I believe in the values of sincerity rather than superficiality, warmth rather than coolness, and humility rather than grandiosity. A former lifestyle magazine editor, I’ve always loved creating a little bit of make-believe, whether that’s through the medium of designing a page, painting a picture, taking a photograph, styling my home, or writing. I blog about life as a fifty-something woman, at www.smalldogsbarkloudest.blogspot.co.uk

I enjoyed reading the 6 truths on dealing with bullies. As an adult, I am dismayed at the number of bullies I have experienced in the workplace with the majority of the bullies being women. You are correct in stating that bullying is about control. Unfortunately, I have experienced female bullies in situations that I would have never imagined. I worked for a large non-profit where bullying was a part of the culture. As one who has spent years mentoring women and studying the effects of mentoring, I was taken back by the women bullies I have encountered in my adult life. Fortunately, I have a strong circle of friends to encourage and support me at these times!

Hi Robin, thank you for sharing your experiences of bullying in the workplace. Most of the bullying I experienced at school as a child was from girls, but my eventual salvation was that as they grew up and matured, their behaviour generally changed. With adult bullying in the workplace, you don't have that escape route. I think healthy, enlightened workplace cultures are key to the wellbeing of staff. If they are allowed to become dysfunctional, insidious behaviours like bullying are more likely to get a hold..

You have great insight Jacqui and I think understanding bullying in this way will go along way to healing you. I too was bullied at school, and it struck a chord with me on truth 4. I often down play the incidents that happened to me and pretend they never happened or were insignificant, but I think its hard to fully get over these things without admitting to myself that I was a victim along with so many others. As I'm much older now I do get on with people much better, but mostly find myself on my own. And occasionally I run into those kind of people who bully which can bring back strong memories of the past.

Life is complicated but thanks for raising this issue. Mike.

Thank you for your comment, Mike. I think when we downplay experiences of bullying or find it hard to remember them, it can be a way of coping; but as you point out, powerful memories can be quickly stirred up. I'm glad that you came through your experiences.

What a positive post Jacqui about an obviously horrible time in your life. It is so hard to fight back sometimes when you are being bullied and you are right we have been affected with negative self-belief. Thanks for shining the light on an ever increasing problem, especially through social media. Sue from Sizzling Towards 60 & Beyond. x

Thank you for your wise words, Sue. Social media wasn't around when I was at school, but you're so right that it adds another potential avenue for present day bullies to exploit.

21 Ways To Avoid Snacking When You’re Not Hungry

Shari Broder is a weight loss coach for foodies who care about their health and want to look and feel...