When I was growing up, I dreamed of having five children, a whole starting line-up. 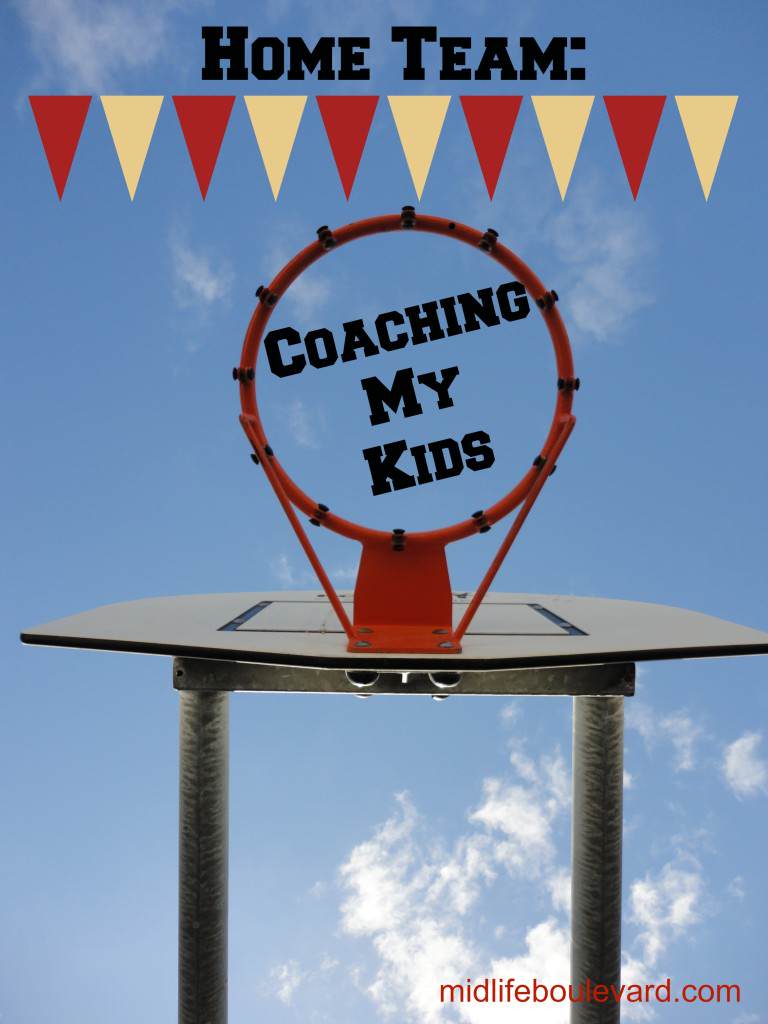 I carried two babies safely into the world, but lost three en route. Instead of becoming bitter, I did what my grandfather and father did, I coached other people’s kids, dreaming of the day I could guide my own off spring.

When my daughter, Nathalie, was two she ran the wind sprints with my basketball team in Paris.  When we moved to Switzerland, I coached her 6th grade team.  Over the next eight years, we built a basketball dynasty winning  four senior national titles and five consecutive European championships.

My son, Nic, could catch a ball before he could walk.  When he entered seventh grade at my school, I started coaching the Jr. boy’s team, so he wouldn’t be shortchanged.   As a granddaughter and daughter of coaches, I know how hard it is to play for a parent, waltzing a fine line, side stepping to balance roles- mother/daughter/son/coach/player/teacher/.

I agonized over whether I was demanding to little or too much, knowing I always expected more of my children, because they were a piece of me.  Forgive me for the undue pressure, for lost opportunities, missed chances, regrets, for unfulfilled dreams I may have tried to relive.  A horrendous car accident ended my career abruptly, in a way I would never wish on my worst enemy, but I survived.  I can read, write, walk, talk. I discovered a soul mate across the globe; together we created two, new Franco-Americans.

Ironically the battles I unknowingly fought for women’s rights on the playing fields of America, changed sports irreversibly for girls over there, but don’t matter a hill of beans here.  The opportunities I wished I’d had were never offered to my daughter or son growing up in Europe.  They never saw their mug shot on the sports page.  Never heard their name announced in the pre-game warm up before a frenzied crowd.  Never stepped out on a polished hard court under the spotlight.  Instead, like me, they sweat in silence when no one was looking.  Does it make a difference?  Of course not, but parents always think their kids are the greatest and that the world should know.

It’s difficult growing up today – a tough time for teens, a rough time for parents – so many demands, so many decisions, so many distractions.  Why do I add to the dilemma by nagging my kids – stand tall, be tough, fight back?  The fighting spirit is the one trait I strive to instill in all my players.  My children are smarter than I can ever hope to be, but there is one thing I know best.  Life is a battle.  Great victories, tragic losses await.  Every new day offers a choice.  Give up? Or go on?

Sooner or later, we will each be tested.

I yell at players to pass sharp, drive hard, rebound strong.  What I am really saying is never give up, no matter how great the odds, no matter how high the mountain.  Keep climbing, keep striving, keep trying.  Though our spirits may be broken, our limbs weary, our hearts heavy…if we can trust that there is a reason, if we can hang on to hope, if we can just believe …someday when we are drowning from despair that hope, that believe, that discipline will help us walk on water.

It may be selfish, it may be terribly wrong, but when I watch my son shoot a jumper, I see myself.  When he hits the floor diving for a loose ball, I feel a twinge in my own back.  When he catches an elbow in the mouth, bites his lip and blinks back tears, I cry too, reliving the anguish in the perpetual battle of self vs. self.  When I see Nathalie making a move to the hoop, I feel the joy I once felt, but what I mostly feel is awe.  Her reach is longer, her goal higher, her opportunities greater.  She is quicker, brighter, faster than I could ever dream of being.  Basketball was my all, but it is only a part of my multicultural, multilingual, multi-talented children’s lives.  That’s okay.  I’m just grateful for the time that we shared the same bench.

Forgive me for the dirty looks, harsh words, unspoken demands.  The greatest lesson I taught was not the triangle and two defense or motion offense, but the ability to fight in the face of defeat.  Had I given up in moments of despair neither my son nor daughter would be here.  Ushering them into existence will always be my greatest triumph, the ultimate victory in the only game that really matters.

Like most parents, I may not say or do the right thing, remember you will always be superstars on my beloved home team.  No matter where you go, an angel wearing high tops will follow, waiting in the wings, cheering you on. 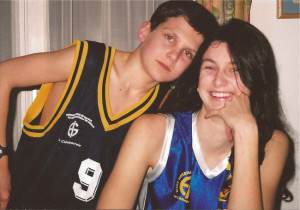 Photo: A season to remember, coaching my son and daughter, representing the blue and gold basketball teams of International School of Switzerland. Courtesy Pat McKinzie

Read more from Pat McKinzie on her blog,

As a pioneer in women’s basketball, Pat McKinzie is the first female athletic scholarship recipient in Illinois and first female player to score 1,000 points at ISU. She is one of the first Women’s Professional Basketball League draftees and female inductees in the Hall of Fame at Illinois State. After a 1983 car accident in France ended her playing career, McKinzie began to focus her energy on coaching. With thirty years of experience in coaching, teaching, and writing, she has cultivated an impressive career from hall-of-fame coach to basketball agent, student adviser, columnist, and blogger. McKinzie has a bachelor’s degree in education from Illinois State University. She is married to a Frenchman with whom she raised two Third Culture Kids, and currently resides in Switzerland.

You have done an amazing job as parent and coach as you guided your children into adulthood. Your children are caring, confident, kind, happy, accomplished adults who will make a difference in the world. What more could you ever hope for?

Thanks, Helene, that's what it is all about -teaching life lessons on the playing fields. Even though my own two children have left the nest, I still find joy in coaching other people's kids and helping them step up to the challenge and learn to be strong.

Your children and your students have benefitted greatly from your expertise, your wisdom and your compassion. What you have taught them will stay with them long after the last basket is made.

It used to be so easy to choose a tablet to buy. When the iPad, the first of the modern...