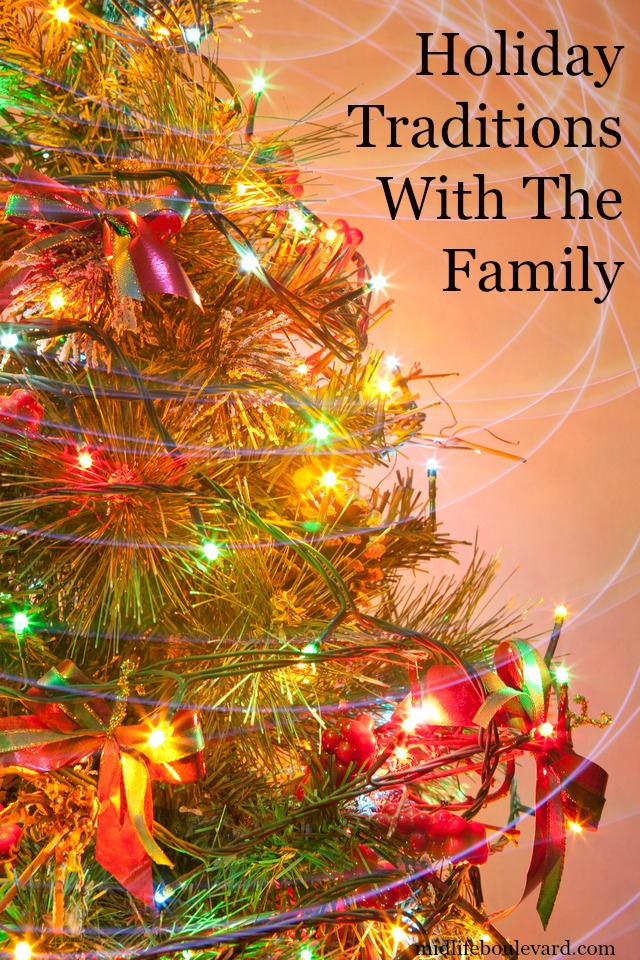 When I was growing up, I was the one who drove the traditions we had surrounding the holidays, such as putting up the Christmas tree in early December. It was always the night we returned from my school pageant and my parents obliged, especially since I was more than happy to be the one who did all the decorating. This and other routines made me giddy with excitement for the holiday season. So naturally, I was all about creating lots of holiday traditions around ALL the holidays and birthdays when I had children. This went on happily for years (even though I grew to stress myself out completely trying to be all Martha Stewart about things).

Once the kids got into their mid-to-late teens, I figured they wouldn’t care about a Halloween pizza with a pepperoni jack-o-lantern face, or their pinecone turkeys at Thanksgiving or waiting for everyone to get up on Christmas morning before we opened gifts, one person at a time, while having coffee cake. But I was wrong.

Jaded as they have become about many things in life, my kids surprised me this past Halloween by asking if we were going to have our traditional Halloween pizza. “Well, no,” I said. “I was going to make something else. I figured you didn’t care about that anymore.”

“Yes, we do!” they chimed in unison. “You HAVE to make it, it’s tradition!” I took the opportunity to verify whether or not they were going to also want to do some of the other traditions for Thanksgiving and Christmas, too. It was a resounding “yes!” to all of it, along with suggestions for new traditions we could start. This did my heart good. The excitement, the habit, the warm feeling all still meant something to them.

A very few years from now, the kids won’t be living at home (one is already living in another state) and may or may not return for some of the major holidays. They may take with them some of these traditions, telling their children “When I was little, your Grandpa used to…” and they’ll make new ones for themselves which thrills me.

Traditions, whether they revolve around a major holiday or not, are an anchor, something we can be sure about and look forward to despite all the changes that happen to ourselves, each other and life around us. To quote my inner-would-be-Martha Stewart, “It’s a good thing.”

For more on holiday traditions from Courtney’s husband, Thomas, head on over to Parent Tango.

Recipe For Artichokes in Garlic Butter

Nancy Fox shares incredible skinny recipes like these artichokes in garlic butter over at her website, Skinny Kitchen. Be sure...