When I first spotted Phil surrounded by a knot of kids, I knew that he was not the kind of boy who would give me a second look: tall, blonde, and dreamy in a 1960’s-California-surfer kind of way. He emitted a golden glow of unattainable charm: a Jewish Adonis. I, on the other hand, was a frizzy-haired, borderline socially acceptable 15 year- old with undependable skin and the wrong clothes, still recovering from the agonies of junior high.  We were thrown together on a weekend trip organized by a Jewish youth group. 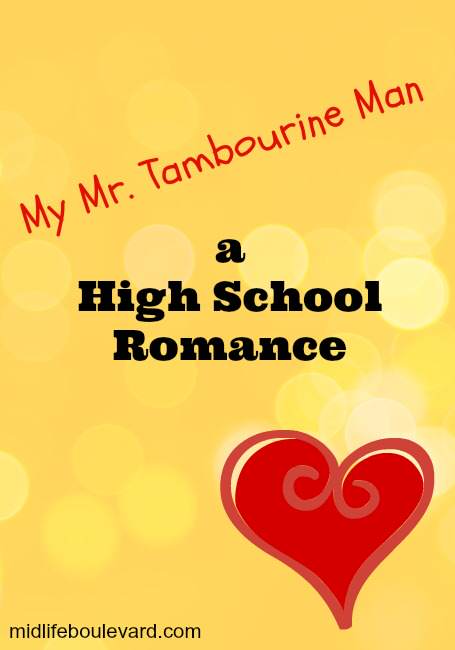 In the movie High Fidelity, John Cusack’s character states, “In matters of love, you have to fight your weight.” I could tell right away that Phil was in a whole different class. The best I could hope for was a ringside seat as he chose a worthy opponent.

But miracle of miracles, I got his attention. I think he was attracted to me because it turned out that we both knew the words to Dylan’s endless “Mr. Tambourine Man,” and didn’t mind singing the entire song on the bus. (So I faked it a little. I knew most of the words and I didn’t want to let this one get away.)  I was enchanted by his attention and felt something new and puzzling: could it be happiness? I checked my face at every opportunity; I sucked a lot of breath mints.

The group’s evening social event took place at the local religious school. Phil and I wandered off together and found a tetherball. “Wanna play?” I asked him, hoping he wouldn’t think it was a dumb idea.

“Sure,” he answered, and we squared off in our corners.  Playing a child’s game while infused with the tingling heat of attraction brought back memories of spring days in elementary school:  running around on the playground ahead of the boys—wanting to be chased, but really wanting to be caught. We batted the ball back and forth around the pole, pretty evenly matched.

And who knows how things might have ended up if he hadn’t accidentally missed the ball and punched me in the face—hard.  He immediately clapped his hand over his mouth and then fell all over himself apologizing.

“Oh my god, oh my god, are you okay?” I’d fallen to my knees, down for the count. He knelt in front of me to check for blood —there wasn’t any—then threw his arms around me and kissed me on my stinging lips. TKO Phil.

The rest of the weekend is a blur. I spent most of it riding in the back of the bus with Phil, wherever the hell it was we were going, lips locked for hours, thrilling to the feel of his hands on, and then under, my t-shirt, not caring about anything else.  Back of the bus with Phil: as close to happiness as I’d ever been.

Yes, to dance beneath the diamond sky, with one hand waving free,

silhouetted by the sea, circled by the circus sands…let me forget about today until tomorrow….

I can’t help smiling when I think of Phil. Never saw him again, but he was mine for a weekend.  He took me on a trip upon a magic swirlin’ bus, and that was good enough for me.

Menopause and Underactive Thyroid – What You Should Know

You wrap it in scarves, decorate it with necklaces, and swoon when it gets a kiss. Your neck gets a...