If I’ve learned anything since my kids have become infested with foot-stomping, door-slamming hormones (said with much love), it’s that there’s one trick all parents must keep up their sleeve at all times: TENACITY. 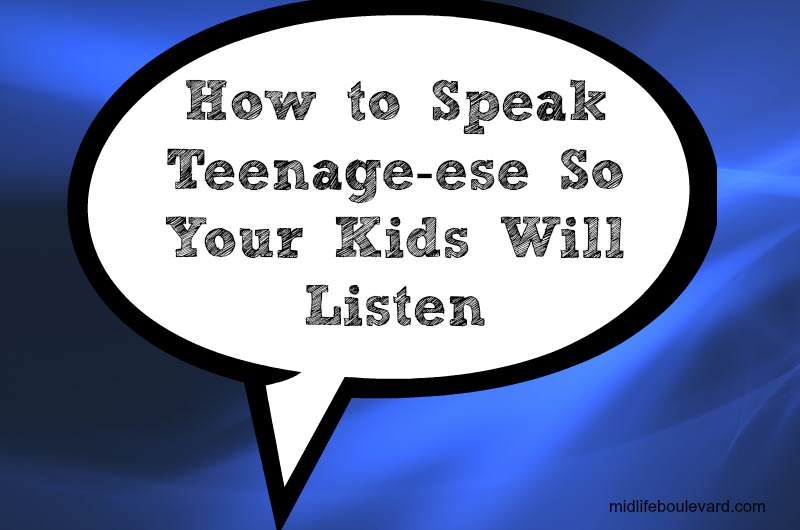 One of the things I’m adamant about teaching my teens (besides not talking with food in their mouths and that when Criminal Minds is on there is NO OTHER CHANNEL) is that they are the masters of their own lives.

But you know how teens are, right? They’re so busy trying to understand their place in the world that overwhelming them with complicated concepts of Universal Laws and empty promises about a God that may or may not be paying attention when they need Her, is like continuing to pour wine into an already full glass. It’s a waste.

So instead I try to empower them on the most basic level of all: day-by-day. And I do this by asking them questions . . . mostly as I drive them to school.

So what kind of day are you going to have today?

Then things changed. About two years ago my questions stopped being greeted by their sweet eagerness, only to be replaced by one of three responses:

Or on really ambitious days:

“Yessa! Stop asking me that!”

But still, I kept asking the questions.

And while I know the questions are redundant and annoying (apparently), I just want to drill into them that no matter what’s going on, they CHOOSE what kind of day they’ll have.

I think I’m starting to get through to them because as of about a week ago, I’ve been getting answers like, “you bet!” and “of course!”

With TEENS, the TRICK is TENACITY.

Either that or they’ve just decided to appease me.

To read more by Mona Andrei check out her blog at  Moxie-Dude.com

What Makes a Man Worthy?

I’ve always kept journals. When technology wasn’t what it is today, I wrote in small notebooks. Once in a while...