From Maya Angelou to Sheryl Sandburg, women are being reminded of what we can be.

Yet every research study you pick up talks about how women suffer more from depression than their male counterparts. Certainly, they seek treatment significantly more. 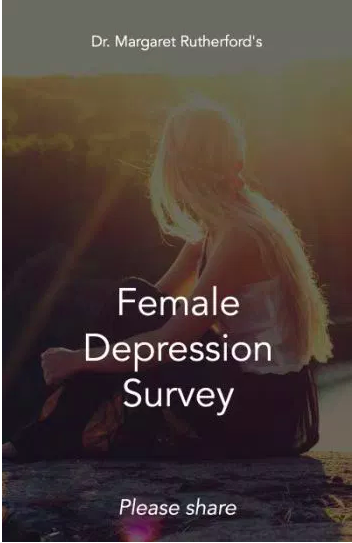 What do these women look like? Who are they?

There is the attractive, but somewhat disheveled 50ish woman, Ruth, who had successfully worked for 20 years at her job on the University campus. Coordinating biological research. Had always felt she was making a difference. Who, dry-eyed, told me she had received her second official reprimand. Three – and she gets fired. She wasn’t focused. Wasn’t getting things done. Was told her “communication skills” needed attention.

“I don’t know what’s happening to me. I feel like I am losing myself.”

Lisa Ann, a 22 year old bright, determined student who had spent the semester trying to motivate herself to go to class.  She didn’t want to be with friends, finding them nosy and irritating.  Was partying more and eating less.

Her parents were getting a divorce. And she was embroiled in a manipulative relationship with a guy she had dated for several years.

“I’ve never had any trouble… I have been a straight A student.”

Another is Camille, a 37 year-old stay-at-home mom who loved her husband and her children. Usually worked out three or four times a week. Was the best friend anyone could have. Volunteered at her kids’ school.

“Sometimes I think I can’t get out of bed one more time. Or fold one more piece of laundry. I have a blessed life and I don’t even know why I am sitting here. I’ve got to get hold of myself. I am constantly worried. About everything.”

Depression. How does it arise? And why more in women?

It can be triggered by loss. Being the victim of abuse or more subtle manipulation. It can be related to hormonal imbalances. It can be part of your genetic makeup. It can arise because of cultural issues, such as body image expectations or gender inequality.

Thoughts and beliefs about having little worth or true value can slowly erode your well-being and vitality.

I am deeply concerned that women, especially between the ages of 60 and 65, are killing themselves at an alarmingly higher rate.

I have conducted a study with men, asking them to fill out a survey on how they perceive depression, and if they would or would not seek treatment for it. Almost 1000 men responded and gave very revealing answers and comments.

I am asking the same from women. The survey is short – only 10 questions. Completely anonymous.

I will analyze the results, compare them with male responses, and include all in a future post.

I would love for women of all kinds to fill this out! The kind that might never darken a therapist’s door, preferring their own counsel or feel that they get support in other ways. To women who might have already received treatment or therapy. I welcome all ages and perspectives. 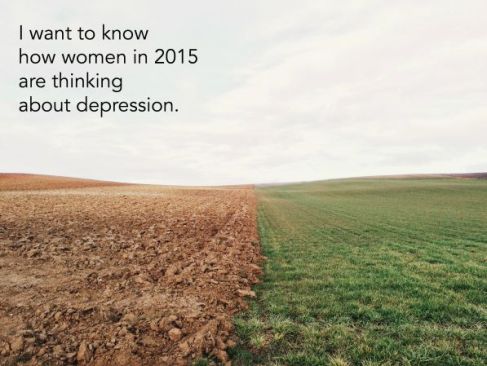 I thank you now for your participation.

All three of the women above qualified as having clinical depression. All three got better, using either therapy only or therapy and medication together to address what was going on.

Watching Ruth grow out of her depression was like observing a butterfly emerge out of a cocoon. Her hair was now neatly in place, her eyes sparkling with emotions that had been flatlined. She hadn’t realized how menopause and taking care of an aging parent had affected her.

Lisa Ann had always been a do-er. But there was nothing she could do about her parents’ divorce. She had to confront her grief, her anger, her disappointment. She was also discounting the impact of being involved with someone who did not respect or love her well. She ended that relationship, although it was hard to let go of what was familiar. Move into new, fresh choices.

Camille was beginning to admit a kind of depression that’s perhaps more subtle. What I have termed “perfectly hidden depression.”  Worry was taking the place of any feeling she might have about her own life.

She was on automatic pilot.

She needed to tune in to herself. Talk about problems in her childhood. Make connections. And care for herself.

Not all depression “goes away.” Some people suffer bouts of depression or bipolar disorder that they have to learn to manage.

These three were lucky. And worked hard.

They could be you. Or someone you love.

I so appreciate your help and will be fascinated by what you have to tell me.

If you are currently experiencing symptoms of depression – a general feeling of sadness, not enjoying things the way you used to, sleeping too much or insomnia, weight gain or loss, feelings of helplessness or feeling hopeless, wanting to be alone, thoughts of wanting to end it all or hurt yourself, mental fogginess, difficulty in making decisions – I hope you will consider treatment. Please take care of yourself.

After tending to her daughter's miniature zoo, Carol Graham enjoyed the gift of a spa day. Sounds good to us!...