“This is all your fault. If it weren’t for you, I wouldn’t be like this.”

Those were my father’s final words to me before he lost consciousness days before his death. Most children get to hear how much they were loved but not me. My worst fears were given voice: everything that ever went wrong with the family was my fault.  I’m not sure why I saddled myself with that responsibility from a young age until I was 51. I don’t really care, either. What’s important is I no longer hear those words. My father’s cruel speech propelled me forward on a path to wholeness. But every once in awhile, I remember and it hurts. 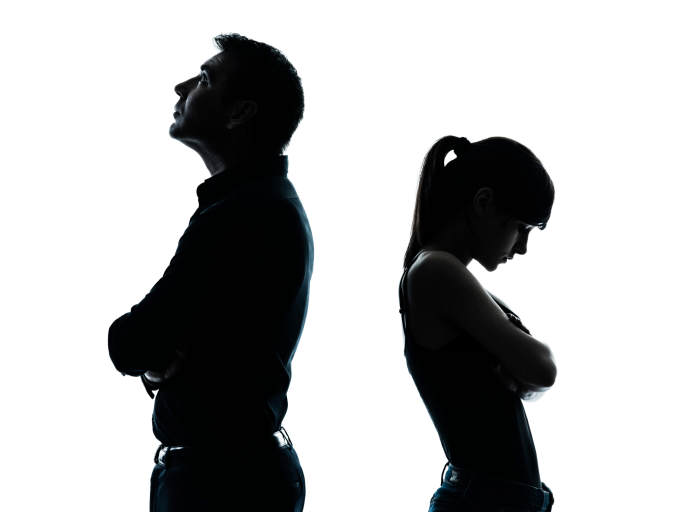 My sister says he was seeing our mother. My lovely and sweet stepmother told me he was simply out of his mind with fear.  I think he was finally speaking the truth.  I was the baby they didn’t plan. I don’t have memories of wide-eyed love and admiration for my father.  He wasn’t The Great Santini,  but he was a force to be reckoned with.  I don’t remember ever calling him Daddy. Just Dad. At least we weren’t so formal that I called him “Father”.  Growing up, my father was like a vapor that would waft in and out of lives; long enough to bark orders, eat dinner, and ask to be left alone in the evening.

“What do I want for Father’s Day, Laura? I want silence.”

My father took exquisite physical care of us. We had everything we needed and wanted. I grew up in bucolic upper middle class suburban life. We weren’t rich but we were comfortable. He didn’t routinely beat us. We were spanked; it was the sixties for heaven’s sake, wasn’t everyone?

He didn’t drink, cheat, or gamble. Dad was a good husband; he worked his ass off making sure we had everything he didn’t have.  His own childhood was marked by mental illness and hideous poverty so my  mother made excuses for him when I would bluster and storm about what an ass he was:

“He just doesn’t know how to love you, Laura.”

Sorry mom, not good enough. And that must be my fault too. I wasn’t the pretty one. I was the clumsy one who needed special glasses and special surgeries. I was the job hopping young woman with a wild streak constantly in need of a financial hand out. I was the twice-divorced daughter. I was the daughter who had a long-term relationship with woman.  I was that daughter, the difficult one. The one he just couldn’t understand.

When I was in my forties, my father finally took notice of the capable woman I had become. I was supporting two young children without much financial support from their father. I had reached a point where I would have starved in the street before asking my father for help.  Dad mellowed—don’t they all—in his seventies and even noted to others and me how proud he was of me.

Two years before he was liberated from life support, we took a drive into the parched Texas Hill Country and we talked about all sorts of things. We talked about his newfound love with my stepmother; we talked how proud he was of me professionally and as a mother. We talked about his future plans. He had a lot the world left to see and he wanted to share it with his wife.

I’ve never felt such peace with my father as I did that day.  He treated me like a capable adult he held in respect.  I make it sound like every day I spent with my father was difficult, because there was never ease. That day I felt at ease and those words we shared that day have finally become his final words to me.  I carried that with me. I held that memory with me during the funeral when I could still hear his angry accusations and tried to remember the kinder man he became a few years before his sudden death.

Dad, I forgive you. Now come back to me. I miss you.

Beautifully written and so moving. Thank you for sharing your truth xx

Sue, thanks for taking the time to comment. We all had secret painful skeletons in our closets. Dad was remarkable but he was also a deeply flawed human like the rest of us. I love you!

Good writing. I am always amazed when you share with the world, what we as family did not know. It was terribly special to visit Ruth and Sabe from Conroe to Bedford and the Lake; always had such a grand time with them. Had no idea you had so much pain. Let that little bird free.

Thank you for sharing your truth with us. I do believe that mean and bully behavior is born of fear. You know you didn't create or deserve that...but how amazing that you're able to find some peace surrounding it. Shows how strong AND sensitive you are.

Kim, some days I'm strong other days I'm a puddle of goo. Thank you!

This Father’s Day, Give Hubby a Gift He’ll Truly Appreciate – A Cared-For You

You may feel like you're going through perimenopause or menopause all alone, but if you're married, your husband probably feels...