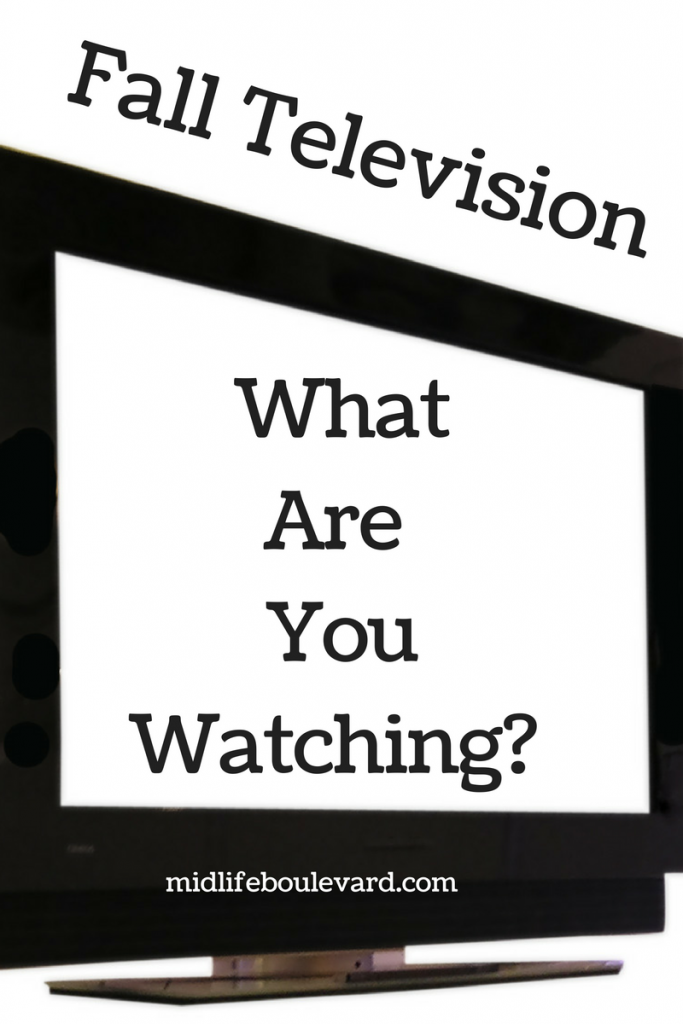 I’m one who is always hesitant to watch new shows when they first come out. I’ve had my heart broken too many times by cancellations, that when new shows are released I usually give them a side-eye and stick to my tried and true favorites.

But this year I decided to give it a go. And actually, I think I have two shows from last season to thank for that. They’ll be included in this fall TV update, so stay with me!

So far I’ve watched at least three new shows and have three more on my DVR. I mentioned a few in my fall TV-line-up post, so I’m happy to offer you an update!

Minnie Driver is phenomenal in this role. As mom to three kids, one of whom is in a wheelchair, she plays a stressed out high-maintenance mom perfectly. Only one episode in and I’m already hoping this one lasts. There were laughs, a few almost-tears, and some honest-to-goodness relatable stuff.

I’m surprised at how much I enjoyed this premiere. Really, I am. Although I’m a long-time Damon Wayans fan, I wasn’t sure how well this show would start off. It was like a mini-movie with car chases and crashes, a few shootings sprinkled in, and, surprisingly, a lot of laughter. There were many similarities to the Lethal Weapon movies, which, despite making some of it predictable? Did not impact my ability to enjoy the show. I’m definitely tuning in to the next episode.

I wasn’t sure about this one. My husband was hesitant, too. We thought that maybe a modern-day Macgyver might be too tech savvy or have too many ways to get out of a jam that he wouldn’t have a decade or so ago. But we were pleasantly surprised. There’s a little bit of mystery in there, along with George Eads who used to be on CSI and is pretty funny. And Lucas Till, (who plays Mac) reminds me so much of Heath Ledger it’s almost eerie.

Blindspot is back and I couldn’t be happier. It’s honestly one of the reasons I watch TV these days. I loved the initial episodes so much that I got my husband to sit and watch with me. And – yes – it is a violent show – our daughter watches, too. The mystery and intrigue are so good that we can’t help but get sucked in immediately. I’m already ready for this week’s episode and can’t stop thinking about how the last one ended. That’s good television.

If you missed out on Supergirl you’re in luck. The show has moved to a new station and they’re airing the initial season before the new season starts. They’ve aired a few episodes but I’m sure you can catch them on-demand. Melissa Benoist plays Kara, she’s Superman’s cousin. I’ve been a fan of hers since I ‘met’ her on Glee forever ago. What was adorable this season was that her real-life husband, who played her Glee boyfriend (celeb gossip never ceases to amaze me!) came on the show briefly as a love interest and her boss’s son. Anyway, Kara’s character is a lot of fun, as are her family and friends. It’s a definite watch, and it’s a great family show.

Have you loved America Ferrera since her Ugly Betty days? I certainly have. And Amy, her not-ugly-at-all character is so much fun to watch on Superstore. I think of this show as The Office meets, well, I’m not sure. There are so many awkward scenes, the store manager is like a million Michael Scott-s rolled into one. It’s that bad. But that makes the show that good. And I just read it got picked up for nine more episodes. It’s a must watch. I promise.

Not Yet Watched New Shows

Just in case you’re looking for a few more new shows, I’ve got the following on my DVR waiting for me, so maybe you want to check them out, as well?

I have heard nothing but amazing things about this premiere. I’m afraid it might be emotional, so I’m holding off on watching it – but it sounds fantastic.

Not sure if I’m going to love this, OR if it’s going to last, but I adore Kristen Bell and had to record it simply because she is in it.

Very special agent Anthony DiNozzo has left the Navy Yard and it makes me sad. So I’m beyond excited to catch Michael Weatherly in the courtroom. Also? If this show doesn’t succeed I’m planning on a campaign to bring Tony back to NCIS. Because Fez just doesn’t cut it – yet.

So, there you have it. My fall TV recs. What’s on tap for you in the coming weeks? Anything I should be watching?

Not watching any new shows this season because like you, I get very upset when a show I begin to get into...cancels. Rather, I've decided to watch 'Secrets and Lies' thankfully they've renewed the series for a second season. And I say Thankfully because it appeared that it was not coming back(fans were not sure and and announcement was not given), was the case ever solved? This season is a new case with the plot: Did the husband kill the wife? The premiere episode started quite intense. The episode ended with detective Cornell asking the husband if he knew she had a baby from another man.. Good stuff!

Jackie Suis is a writer who shares stories of life and offers her perspective as a single woman while dating in midlife. We...