If you are new to the writing of Roz Warren, you are in for a huge pleasure. From book reviews to essays about how hard it is to be a librarian when the Sports Illustrated swimsuit edition is published, enjoy reading some Roz. Here she writes about prosopagnosia, or face blindness. It’s a thing! This essay first appeared on www.womensvoicesforchange.org

I’m sure this has happened to you. You run into someone you know, but she isn’t where you’d expect to see her. Your yoga instructor… at the dry cleaners. A member of your book club… at the local Starbucks. Your mental wheels start to spin.  “I know her,” you‘re thinking. “But… who the hell is she?

She recognizes you. She smiles and greets you by name. You return her smile, desperately trying not to let on that you can’t place her.

Welcome to my world. 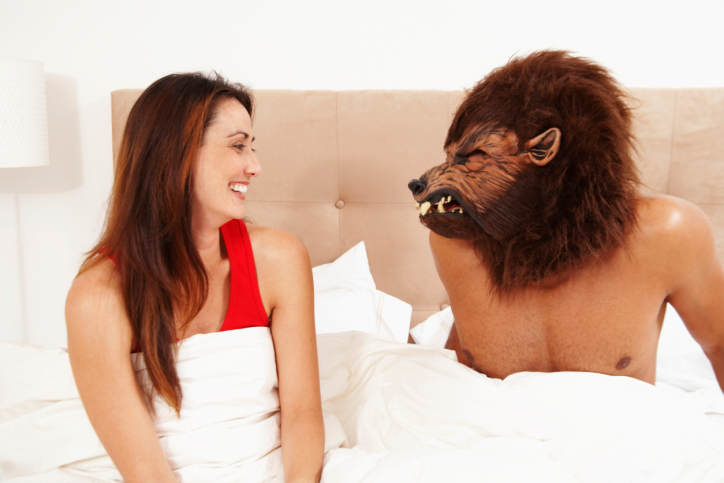 I’m face blind. It’s real. There’s even a Greek name for it. Prosopagnosia. There’s a part of the brain (the fusiform gyrus) that is devoted to facial recognition. If you have prosopagnosia that part of your brain doesn’t work.

Which is why, even if we’re friends, the next time our paths cross I may breeze right by like I’ve never seen you before.

Trying to tell one face from another, for the face blind, is like trying to distinguish one rock from another rock.

It can be done. But not easily.

Neurologist Oliver Sacks, ironically,  is face blind. So is artist Chuck Close. I believe that I am too, although I have yet to receive an official diagnosis. Why bother? When news stories about Prosopagnosia  first began to appear, I was bombarded with emails from friends and family, saying, “Now we know what’s wrong with you!”

Brad Pitt recently “came out” as being face blind. (Which means that he and I have something in common besides our sexy good looks and charisma.)

As Brad and I have learned, there is no cure. You just have to cope.

The real problem with being face blind isn‘t that you can‘t recognize faces. It‘s that people expect you to be able to.

If a library patron who has been bringing her kids to my story time for years comes up to the circulation desk to check a book out and I don’t recognize her, she doesn’t think: “Poor Roz. She must be face blind.“

Instead, she’s probably thinking:  “All these years and she acts like she doesn’t know me? That Roz is one rude bitch.”

So we face blind folks develop a vast arsenal of ploys and tricks to work around the perils of such social encounters. We learn to identify you by the sound of your voice. Your hair style and color. Your body language. The way you dress.  In conversation, we’ll try to manipulate you into revealing your identity before you can catch on to the fact that we don’t know who you are.

Which isn’t to say that we don’t still make mistakes. Plenty of them.

When Karen, the mother of two terrific kids I used to babysit, came into the library recently, I asked, “How are the girls?“

When she just stared at me blankly, I realized she wasn‘t Karen after all.

Then there was the time I foolishly tried, on a walk with my pal Janet, to introduce her to one of my neighbors.  “Janet, this is my neighbor Deb,” I said.

“No I’m not!” “Deb” protested. Because she was actually my neighbor Julie. Both women have short brown hair and live on my block. But Deb is 20 years older (and 30 pounds heavier) than Julie

Was that embarrassing? Hell yes.

So I try not to assume that I know who you are until you tell me something that nails it. And because I don’t know if you’re a close friend, a sworn enemy or a total stranger, I greet everyone with a smile.

We face blind people are the friendliest people around. Since we don’t know who you are, we’ll always approach you with a cheery “Hello!“ just to play it safe.

Every day when I’m out walking, a woman I could swear on a stack of Bibles I’ve never seen before passes me on the street and calls out “Hi Roz!”

Just once, instead of responding with a friendly “Hello!“ I’d love to be able to stop and demand “Who the hell are you?”

Or, better yet, require that, out of deference to my prosopagnosia,  everyone  have the courtesy to wear name tags.

Instead, I’ll  keep trying to learn to recognize you. And, with time and plenty of effort, I’ll probably be able to. But if you change your haircut, a bad cold lowers your voice an octave, or you turn up where I don’t expect to see you, I may still draw a blank.

Last week I ran into a library patron at the movies and, for once, oddly, I easily recognized him! “Hi Karl!” I said, with complete confidence that this was Karl and not Bruce or Bob. I was even able to introduce him to my friend Mark without fear of embarrassment.

How did it feel?  WONDERFUL. That lost, floundering-around sensation was gone. It gave me a glimpse of what I’d been missing. How splendid and satisfying it would be to go through life actually being able to recognize the people I know.

The next time I see Karl, of course, I’ll probably call him Steve and ask how his Chiwauwaus are doing.

Yes, there are worse problems to have.

But if they ever discover a cure, I’ll be the first in line. Or the second in line, right behind Brad Pitt. Whom I probably won’t recognize.

If you are looking for inspiration over 50, look no further than this post from Kim Tackett. When does accidental...