Every hour of every day, all week, all year, people take to Twitter to discuss topics as disparate as what they’re making for Sunday supper, how they’re using Pinterest to market their brands, or best ways to make people understand the role of agriculture. Twitter chats can be enormous fun — mostly you’re talking to people you’ve never met about passions you share. Twitter chats can also be a great source for learning: Many, many people are willing to share their expertise for free. 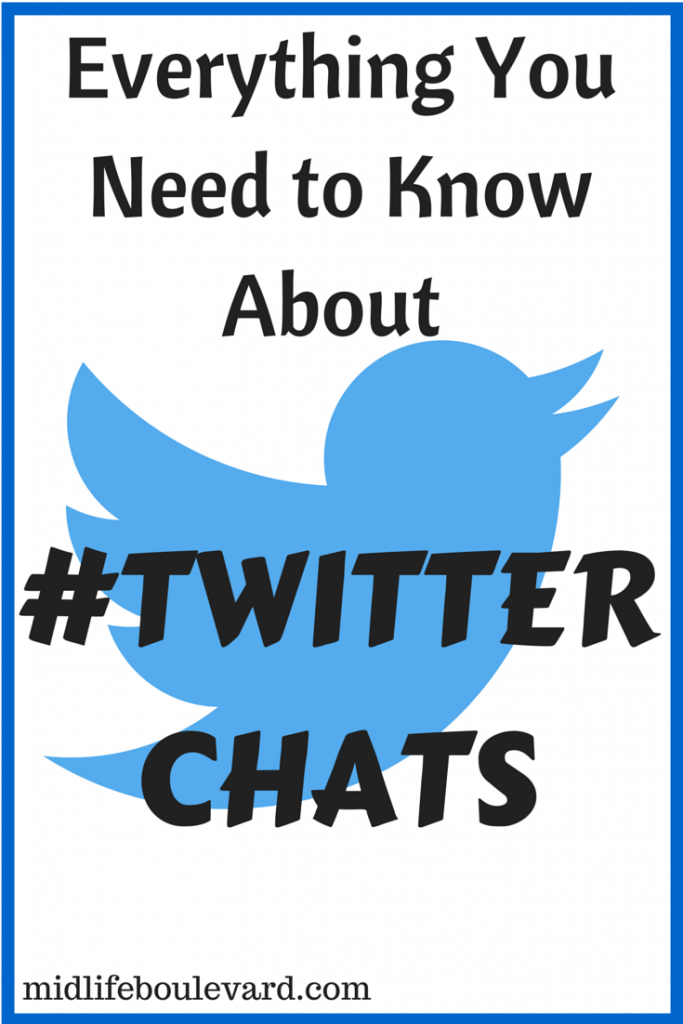 Here’s what you need to know join in and harness the energy of a Twitter Chat.

What is a Twitter chat? Twitter chats happen on Twitter (duh) and depend on hashtags (#). All Twitter chat hosts have chosen fairly unique hashtags and let people know (generally via a tweet) that at a certain time people will be answering a series of questions using a specific hashtag. For instance, Isabel Laessig uses Twitter handle @FamilyFoodie to direct a huge conversation about not only recipes one might cook for a #SundaySupper, but the values associated with gathering the family around the dinner table. The chat happens 7 p.m. ET each Sunday and the recipes posted during the hour reach (through tweets and retweets) about two million people weekly.

How do I find a Twitter chat that interests me? One good way is to set your Twitter “trending” on your profile to “tailored trends.” That shows you the top hashtags people you follow are using. If, on a Thursday at 10 p.m. ET, you see #CollegeCash ranking high on the list, you can be sure that you know a lot of parents concerned about paying for college. Tweet Reports and Gnosis Arts both provide weekly schedule lists, but because the Twitter world evolves so quickly, the information may not be up-to-date. So search for the hashtag on Twitter before you set your heart on (ahem) chatting with other cat lovers via #catchat. (There is actually a #CatVSDogChat on Fridays!)

Do I need anything special to participate in a Twitter Chat? Theoretically, no. People can chat using the native Twitter app on their phone, tablet or computer. Search for a hashtag, and then join in the discussion using the “Tweet” box and remember to add the chat hashtag. Tools such as Hootsuite and Tweetdeck that enable users to make columns where they can follow the hashtag, their own mentions, the host’s handle —and more—at one time. Again, Twitter Chatters MUST type in the hashtag before sending the tweet so the tweet will be seen by others following the hashtag. Some chat tools, like TweetChat, Nurph, or TChat.io, will add the hashtag you’re following automatically once you set it. (These tools also suggest chats for you.)

Is there Twitter chat etiquette? The basic rule of good behavior for all social media: Be nice. Unfortunately, trolls use social media to be mean. But you can block someone you feel is out-of-line on Twitter or any of the third-party Twitter tools. Most chat hosts will encourage new people to introduce themselves, and you’ll find that other participants will welcome you. If you feel like watching, or “lurking” as the parlance goes, that’s fine too. Some people prefer to get a “feel” for the group and the topic before they begin to participate.

Are all Twitter chats run the same way? No! The tone of a Twitter chat generally reflects the personality of the host. Some chats stay strictly on topic; others meander around. On #BlogChat, for instance (Sundays, 9 p.m. ET), the host, @MackCollier, generally has a guest who will address one specific area of business blogging. (This chat is supposed to be about business blogging, but bloggers of all stripes attend.) One of the first Twitter chats to get off the ground, #BlogChat has steady participants who have come to know each other over the years and may get involved in a “side chats” about their vacations or pets. No such chatter fills the stream of #FlipboardChat, where the participants remain hyper-focused on learning more about making Flipboard Magazines (that is, after they say their initial hellos).

My favorite thing about Twitter chats is the community that you build. Just as I finally found my online community when I stumbled onto Sharon Greenthal on Facebook, I have also met wonderful people through chats who have become true friends.

I've tried a few Twitter chats. It's frustrating when there are a lot of people involved because your one answers get lost in the trail. But I haven't given up trying!!!

A Day With My Grown Son

It's an feeling all of us with grown children have - how did this happen? Where did this adult come from?...