As Lisa Joiner prepares to, yet again, send her son off to a new home, she’s feeling the empty nest as much as she did the first time her left. Read more from Lisa on her blog.

My son is moving from California to Minneapolis at the end of August. That means he’ll be in a different time zone, climate, and several thousand miles from home. It’s a positive move for him (a promotion to his corporate HQ) and I’m thrilled. I’m also anxious. 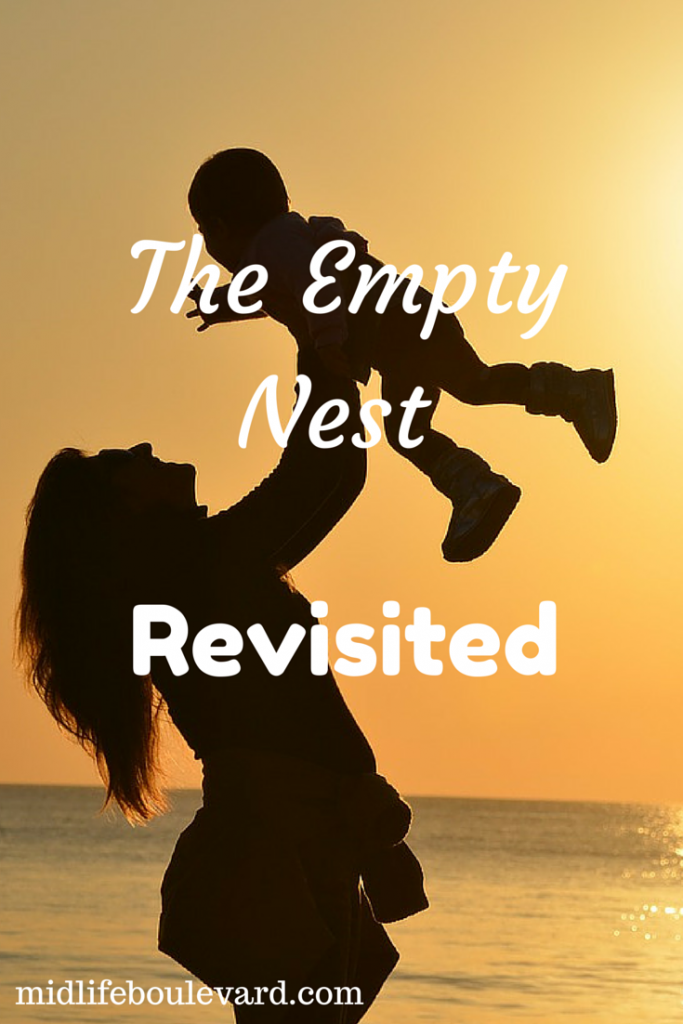 Here’s the big reveal: He’s 41 and my nest has actually been empty for a very long time. He first left home at 18. That long ago transition was filled with both anticipation and worry as my only child headed off to University.

Los Angeles has been his place of residence for the better part of 20 years. He moved home (to Northern California) briefly after his college career ended and then within a year, moved back to the City of Angels to make it his home.

I’ve adjusted to him living in the southern part of the state. It’s an hour’s flight or a day’s drive. AND, we’re in the same time zone (it’s funny the things we take comfort in). Both of us being on the West Coast makes phone communication (yes, I still own a land line) much easier.

The first time he moved to a different time zone it was to Kuwait City and for his work. It made me nervous. He was young and viewed it as a great adventure. I agreed, it was a-once-in-a-lifetime opportunity, but I was still uncomfortable with the destination. His work contract was only for a few months and that also made me nervous. Internet and email didn’t exist back then. As the political climate shifted, it took several attempts (a few scary weeks and help from the U.S. embassy) before he was finally allowed on a plane headed for Los Angeles.

The second time he moved into a different time zone it was to New York City. He arrived the day before 9/11. He was safe (thank you, God), his job however was gone along with the twin towers. He scrambled to find work and after several difficult months moved to Connecticut to stay with friends and get back on his feet. Two years later he was once again residing in Los Angeles.

Given his track record you can understand my hesitation with time zone changes!

I flew back to Minneapolis a couple of weeks ago (at my son’s request), to help him find an apartment and get the lay of the land. The people in the twin cities area were welcoming and friendly, and I’m very happy with his choice of living space and neighborhood. My heart is content he will have a good, fulfilling life there. It’s just a long way from home…and he’s my baby. Alas, some things never change.

As parents, all these transitions tug at our heart, and fill our mind with concern for our child’s welfare. We worry about their decision making skills, social encounters (relationships) and overall success. It’s the darn first day of school all over again!

Whatever their age, whether they’re already on their own or not, whenever our kids make a big move, we revisit our empty nest feelings. We recognize the twinges in our tummies and pangs in our hearts that tell us to let go…again. It’s the strange combo pack of ‘proud parent’ paired with the inevitable shredding of our heart.

Our kids go out into the world alone, to succeed or fail, without (the illusion of) our protection. We want them to go, but we also know what the journey entails.

I now know how my parents felt each time I made a big move or a big decision. They suffered the emotional consequences right along with me. That’s the beauty with midlife it offers great wisdom in both directions.

Just happened on this blog, but it was perfect. My son, 30, just got on a plane for China, where he will be at least a year. I cried after I dropped him off even though it was certainly not the first time he had left home! But still, ...... China.....don't even want to count those time zones. Thanks for a hand today!

China! You're right too many time zones to count. So happy you enjoyed the post, I'm happy it hit home for you. In two weeks I'll be watching my boy drive off on his big move. My tissue box will be handy.

Having confidence in them is SO helpful. You'll ramp down pretty fast is my guess.

I can totally identify with this as my 22 yo is driving out to CA this week (from the midwest!) for his first job after grad school. I have the utmost confidence in him, but as I explained just this week to him, "I have been focusing on you for 22 years. It will take me a while to ramp that down." LOL

Subscription boxes are the hottest thing out there. Curated packages of everything from pet treats to makeup to snacks are out...