The cock blockers were gone. I’d driven them at breakneck speed up to my mother’s in Santa Barbara. It was the first time in 12 years that my daughters would be away from home. Because the oldest is 12 and the youngest is 10.

I barely slowed down, just drove by the curb and pushed them out the door at about 5 mph.

Okay. That’s a lie. I did park. Briefly.

But I really couldn’t wait to be rid of them. 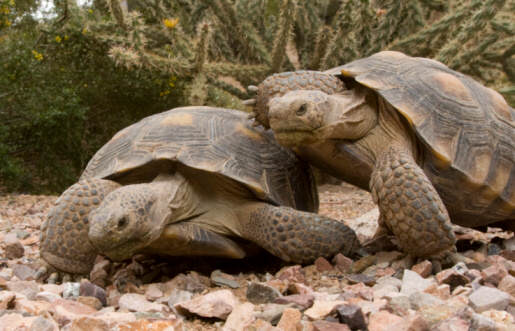 In the previous week, out of sheer guilt that we were packing them off, I’d kept them out of summer camp and had spent about a thousand dollars in quarters at two different arcades with sticky floors.

I’d taken them to the Santa Monica Pier where I barfed a little in my mouth on The Scrambler.

I’d taken them to see Maleficent and the fucking Transformers abomination while they sipped Slushies sure to destroy their expensive dentistry.

And finally I just about drowned boogie boarding with them on a kajillion waves at Venice Beach.

I’m too old for this shit!

But now they were gone and Henry and I could relax. And by relax I mean HAVE SEX IN EVERY ROOM IN THE HOUSE!

What would it be like to be able to walk around naked for week? To yell and scream at the top of our lungs without fear we might traumatize someone’s childhood? To have so much sex that neither of us could sit at our computers and type? That we might forget to eat and become effortlessly slender again, engendering jealousy and loathing from all of our thicker middle-aged friends.

Mwhahahahahaha! It was going to be great!

I guess, in a way, not having to be sneaky and quiet and furtive has made sex just a little too accessible and just not as dangerous as when the kids are home, hence kind of just … adequate.

Do you remember the scene in Diner when Daniel Stern as “Shrevie” is talking to either Eddie or Boogie about how sex used to be so hot with Ellen Barkin before they got married because they had to sneak around to do it?

They had to do it in cars, or closets or like dumbwaiters and it was always dangerous, but now that he and Ellen were married they could have sex anytime they wanted to and so it had become sort of, well, boring?

That, in a nutshell, is the feeling I have in an empty house with no kids. Where’s the challenge? Where’s the sneakiness? When you can have sex in every room and use your pepper mill as a sex toy you kind of just don’t want to.

Who knew having cockblockers around could make sex so much sexier? I realize, after writing that sentence, that it seems a little bit creepy. Ack.

Empty Nesters? Please tell me it gets better?

I can't promise you it will get better. It really depends on whether you and your husband remain close enough to even care about sex and other adult topics. The distance that child rearing imposes can sometimes be insurmountable, especially if it was allowed to get between you.

Bottom line: how much do you want to reconnect? How good were the two instances of sex (ask yourself, you don't need to tell us)? From your comment in this post, you have some work to do if you expect to reconnect with the father of your children.

Honey, nothing you do is ever boring! Your creative juices need a bit redirecting! Easy- breezy! The fun part of empty nesting is that you don't have to rush and muzzle yourself! Grab a bottle of wine and have a picnic on the living room floor!