Last spring, I was very much the perpetual bridesmaid. My new website was nominated for an international award which it did not win, and I was a finalist for a show about motherhood but didn’t make the cast. 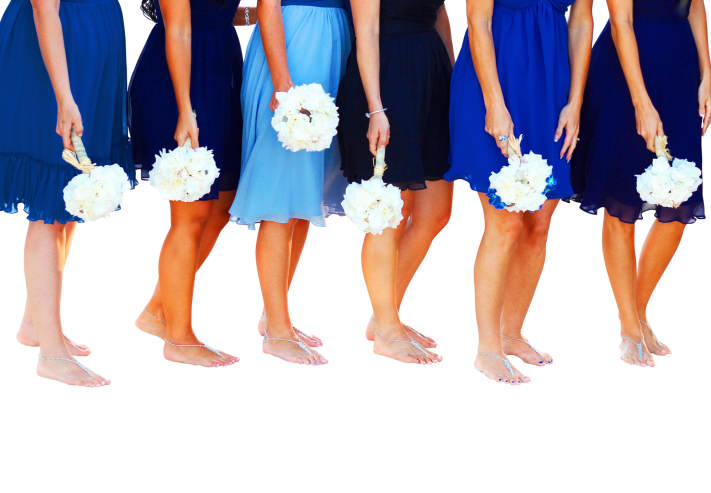 I’ve shifted careers in middle age, founding a website and forging into the bottomless world of social media.

While it’s exciting, I sometimes look down and glimpse the great crevasse I’m walking above. Do I really know what I’m doing? The two almost-winning moments made me believe that I did, until I lost, and then I wasn’t so sure.
Of course I shouldn’t have assumed I would win. The odds were long. But I couldn’t help picturing it. The imagined weight of that medal on your chest spurs any attempt for the gold, no matter how many times you tell yourself, “It’s the experience that counts.”

The back-to-back rejections let in a familiar buzz of uncertainly. What if I’m not good enough? Why even bother? I should just stay in my safe little cave and not venture out.

The drawback of branding yourself on social media is that you need to continue your self-promotion even when you just want to hide and lick your wounds. Although I managed lots of anticipatory posts on Facebook and Twitter before these events, it wasn’t so easy afterwards. I grew tired of saying, “It was an honor just to be nominated.”
(Let me clear the table here: of course these are first-world problems, and I’m grateful to have them. And did I mention, it was an honor to be nominated?)

But this bromide would be more helpful if the runner-up tune weren’t so familiar.

Growing up, I had a smarter older sister and a prettier best friend.

I went to a big public school that lets you fall through the cracks. Despite my supposedly high IQ, I was a back-of-the-classroom kid.

Too often I would sleep with boys to try to recapture those few minutes of power I experienced in the back seat of a car. But they would slip away afterwards. The girls were even more mercurial. I was never “in,” and I wasn’t bold enough to stand “out.”  I came away with the conclusion that I just wasn’t very likeable, and it was better to not let people get to know me, so I wouldn’t be disappointed by the eventual result.

After some effort and over several years, I succeeded in perfecting an image of cool distance. Smile and nod, grace and courtesy. I was everyone’s party guest and no one’s friend.

I discovered bosses would hire you if you steered the conversation back to them. Working at a small town newspaper (of course I chose a profession where I could write about others), I was amazed by what people would tell you. Unlike me, most people had no problem talking about themselves.

This strategy worked too well. In a company retreat, we went around a circle and said what we felt about each other. When it came to me, everyone admitted they didn’t really know me. (This sent me hurrying away to hide my hot tears.)

To echo Barack Obama speaking about Hilary Clinton, I was “likable enough.” But the subtext was: Did anybody want to have a beer with me?

After sawing my way through graduate school, marrying a good man, and learning how to navigate the world of parenthood, my abilities–and my ability to talk about them­–started to transform. The stability of my middle years brought acceptance of others and myself, and I peeked out of my protective shell of anonymity.

Now I feel comfortable saying. “This is who I am. This is what I like, and, more importantly, what I don’t.” (I’m still working on the “…even if you don’t agree” part.)

Even in the down days of that no-hitter spring, I still trudged through my routine, bringing the kids to school, opening the laptop, taking a shower. Be here now, my children said as they scrambled over me. I’m still here, my husband said as he gave me a hug. Try again, I told myself.

When I was younger I would have fallen into a minor depression after these setbacks, dwelling on regrets and recriminations. But because I’ve gotten some life behind me–and next to me–I see it’s not one step that creates a path, it’s all of them, both forward and back, stumbles included.

Risk comes with wanting more. If you’re not being rejected, you’re not out there trying. “Collect your ‘No’s,'” is the old salesman’s motto.

Read more from Virginia Woodruff on her blog, Great Moments in Parenting

Virginia Woodruff is the founder and editor of the website Great Moments in Parenting, a SXSW Interactive Awards Finalist. She lives with her three children and husband in Austin, TX.

Virginia Woodruff is the founder and editor of the website Great Moments in Parenting, a SXSW Interactive Awards Finalist. She lives with her three children and husband in Austin, TX.

Great! I loved reconnecting with your work through this article.

There are always going to be times when the "grass is greener" thought comes into view. It is just a basic law of economics!

Really! It doesn't make it less meaningful. Nor do we ever stop "evaluating". In regards to economics, we can only choose so many things to spend our time on.

Real, insightful and amazing is what you have captured. I have seen what you are saying in my own life, though not a blogger or a mom.

When the dust settles, you will have a lot of practical experience, creativity and know-how for any multimedia project. Way to #holditdown!

"The drawback of branding yourself on social media is that you need to continue your self-promotion even when you just want to hide and lick your wounds." Yep, being always "on" is pretty tough!

Yep. I like that so much better than 'rejection.'

Keep on keeping on, Virginia!

Yours in rejection (and healing and hope and happiness...) ~AE

Enjoyed (and related to) this post, Virginia. I tend to personalize rejection and that makes it an even more bitter pill to swallow. My work=me. Gotta get out of that mindset.

I hear you, Helene. As Sue said (above), it's always been difficult to be a creative person who has to submit things for approval, but now it's so public on the Interwebs.

Tammy, I'm so glad it hit home with you. It was a little scary putting it out there. :) I had one blogger tell me that she felt as long as she connected with one person, her effort was worth it. I try to keep that in mind now, and I'm so glad you've had that experience too. For me, checking my ego was difficult but very necessary in this crowded field (and it's an ongoing struggle). Thanks so much for your comment!

5 Ways to Move Past the Affair When He Won’t

After the post on healing from affairs 2 weeks ago, a reader wrote in.  She asked me to not use any...