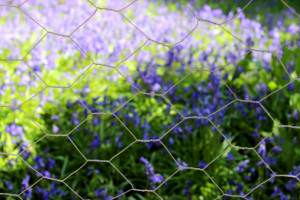 I recently gave a presentation on dealing with the anxieties of being a blogger.

I gave what I hoped were good recommendations for building concrete behaviors that would help the writer feel calm. Feel supported.  I talked about a positive self-concept.  Avoidance of comparison with others.  All of that helpful psychological stuff.

What I had hoped was that people would share their own anxieties.  I admitted a couple of mine – one being that I yearn to feel a part of “the club”.

Now I don’t know what “the club” is.  But in my mind, when I am getting stuck in my thinking, it exists somewhere out there.  Some place where others fit and I might not.  But want to.

I used my invitation to join the BlogHer Publishing Network as an example of how I had had to struggle with my original decision not to advertise on my website – and some pull to join this “club” that I perceived.  (I did not understand that BlogHer Publishing was really about advertising when I got on its waiting list).

I felt anxiety over it until I realized that it was my old nemesis, and mental bad habit, that was getting me in trouble.  That old fear of missing out.  Of not feeling like I belong.

Some of you might admit similar issues.  Old anxieties that creep up on you.  Famous founder of analytical psychology, Carl Jung called them “complexes” (simplistically speaking).  They distort your thinking.  Cause you to do weird things.

I did not join the BlogHer group.  The anxiety vanished.

So I asked my audience of around 20 folks, who actually had been fairly engaged.  Asked if anyone wanted to share their own anxieties. Or did they have any questions at all.

But no one spilled the beans.

No one, as we call it in the psychological biz,  was “self-revelatory”.

Until afterwards.  When people sought me out privately.  That’s when I heard about vulnerability.

When tears came to their eyes in admitting their own fears.  Hang-ups.

My husband was there.  I asked him later if there was another way I might have encouraged folks to talk more openly.

“Margaret, people aren’t comfortable talking about themselves like that.  You are just used to doing it“.

It’s hard to share vulnerabilities.  We fear that others will see us as less potent.  Less valuable or significant.  And yet, if I am aware of those very vulnerabilities – can even put them into words –  I perhaps have a greater probability of making sure they don’t govern my life. Or my choices.

Brené Brown, in her Ted talk and her books, speaks/writes eloquently about the power of vulnerability.  That it is only through admitting who you really are, to yourself and others, that true “wholeheartedness” will come.  That you will feel connected to others in as deep a way as possible.

If I have learned one thing as a therapist, it is that we all have insecurities.  Some people think they hide theirs fairly effectively.  Look a little closer… there they are.

I am giving the same talk in another month.  I will make a few changes here and there.

I will probably still ask the question.  Just to be inviting to those who might dare to share.  I will still talk about my “club” issue.  (It actually helps me get over it to admit it.)

You don’t happen to belong to a club I could join, do you?

Oops.  Slipped up there a little.

The secret is that we all feel vulnerable, even those of us who look like we don't. I count myself in that category because that's the feedback I've gotten--I look very self-possessed. That's the skin anyway. ;-) In the world, There ARE cruel people who play off vulnerabilities, but far fewer than we think. Also, the blogosphere is very much like other organizations, with perceived "in crowds" and people who quietly 'slam' others or keep them on the outside. Since I've never been someone who liked belong to any homogenous group it puts me in the observer's role, which is kind of interesting. I just had a similar discussion with one of my closest friends, about give, take and vulnerability, so your post hit home with me. But yours usually do.

Maybe it's the hats that make you look self-possessed Carol! :) Interesting that you were just discussing this with your friend. Wish I could have been in on that conversation. Thanks for such a personal comment.

Surprisingly, when I admitted being miserable about not accomplishing something on my Facebook page, a number of people reached out to me and said that it took a lot of courage to do so. I guess I feel that there really is no real reason to hide it as long as you don't hurt other people. But, I understand that not many people feel the same way!

What is that question... if you don't try for something, you never have to risk failing? You are saying I think that it's easy to talk about it when you come down on the success side of that trying. But when it's not quite as pretty, it's a lot harder. Stings a bit. Maybe some people just hide the fact they tried at all. Glad you got the support you did Roshni and my gratitude to you for reading and commenting.

I am vulnerable in many ways. Fitting in, being accepted, age appropriateness, and now in my aloneness as a widow. I am who I am. I have no problem recognizing this and accepting I may be hurt or embarrassed or make mistakes. It's sort if a learning curve....an openness and innocence that relies on faith and trust. I've no problem admitting this; wecan be vulnerable in a good way.....wearing thoughts and our hearts on our sleeve. Thank for bringing this to light Margaret. Great post!

We can learn from women like you, Joan. In your openness. I like especially the idea of it being a learning curve. That's something I have experienced as well. Thank you so much for commenting.

Thanks for this. It's always heartwarming to hear that other people, particularly people who I perceive as "having it together" --- successful, educated folks such as yourself --- admit to feeling vulnerable. My family likes to say that I have more issues than the National Geographic, lol.

I suppose that as long as you're not stagnated by these issues, hang-ups, vulnerabilities, it's all good, right?

Just let me know how to join! And yes, we do ALL have insecurities. I promise you that. Next time you see someone you think doesn't? Just think, "Well, how are they hiding it?". Thanks so much for commenting Jackie. I know it takes a little time and I truly appreciate it.

Nice piece. I love Brene' Brown's work. I was fortunate to hear her speak in person last year at a conference. She was funny as heck and incredibly engaging.

She is funny. Which makes her and her work so much more approachable. Thanks Lisa.