“It doesn’t escape me for one moment that so much joy in my life is due to so much pain in someone else’s.”

Lupita Nyong’o tearfully said this in accepting her Oscar for best supporting actress at the Academy Awards.

I have a business acquaintance whose mother discovered an old book as a child and as an adult fought for it to survive in the modern world. Her diligence led to that book being republished and was part of the reading I did when I took the best class I had when attending LSU. It was a class on the Civil War by renowned historian and Pulitzer Prize winner, T. Harry Williams. That book was “Twelve Years a Slave” by Solomon Northup. Northup’s story of the horrors from that Southern plantation is just a half-day’s drive from where I live.

I watched a moment that transcended time in that Oscar acceptance speech. It has been over 160 years since Northup first told his story. A young actress in her debut movie, who as a child had prayed for lighter skin, was cast as the African slave, Patsy. It was a role Lupita Nyong’o was destined to perform; that of a young, strong, beautiful, vulnerable woman from Africa. I read that Lupita “talked” to Patsy each day of filming to try to be true and honest to her spirit.

From Northup writing down his story, to a 12 year old girl discovering his book in 1930, to a filmmaker visualizing it for the world to witness, to an actress becoming that slave—Patsy’s voice is finally being heard across time. It is a strong voice that still resonates with us today.

Divine Gifts
I say a prayer that when the Universe sends me a gift that I have the wisdom to see it.Another Oscar winner spoke of the power of gratitude. I am filled with gratitude for a gift I received this week. It too transcended time.

I wrote a story about my Dad for Father’s Day. He was a man with a generous heart and a big personality. In the blog I tell of him being a local character, a man who did his own commercials for the business he started. I posted a vintage photo of him producing and starring in one of those commercials. 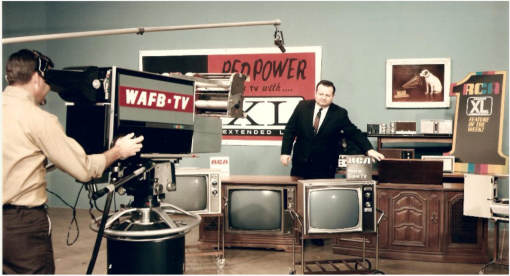 As my oldest daughter and I embark on another round of supporting one another in efforts to get into shape,...