Sometimes, life doesn’t turn out like you plan, as Denise Geelhart found out – but it usually turns out just the way it should. Read more from Denise on her blog, Adventures of a Jayhawk Mommy. 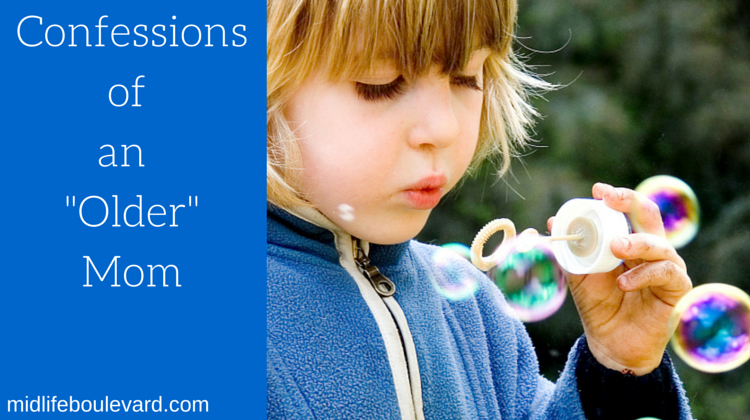 As I scroll through my Facebook feed everyday, I enjoy reading about what is going on in the lives of many people I’ve known over the years as well as some online friends I hope to meet someday.

Lately, I’ve noticed that the lives of those I went to high school with are much different from the life I lead. As they shared the joys of their children starting high school and college, I shared our excitement as our three-year-old daughter, Ginny, attended her first day of preschool. I see pictures of college visits and high school graduations. They see pictures of my girls’ first steps.

Even more disconcerting are the pictures I see of my high school peers’ grandchildren, who they brag about on a regular basis. How is it possible that they are old enough to have grandchildren? I know I’m not that old. But, then, I remember, I am that old.

Life has not turned out as I pictured on a warm Thursday night in June 1989 when I graduated from high school with honors. At the time, I knew I wanted to go to college and have a career. I imagined that along the way to my goals I would meet a man and eventually get married. We would have children, at least two, all before I turned 30.

But, that didn’t happen. Not even close.

I studied and worked hard in school. I tried to meet people, and I did. I made a lot of friends, but in the four years I attended college, not once was I asked on a date. During my senior year, I ended up in a long-distance relationship with an old friend that ended a few weeks after graduation. While I can bemoan the waste of time the relationship was (because, of course, I had some men actually flirt with me when I was “taken”), it did do one thing for me; it made me realize how much I wanted to be a mom as my biological clock started loudly ticking at the age of 21.

Nine years later, and on my 30th birthday, I felt depressed. Life wasn’t going how I wanted at all. I had a job I enjoyed and friends I liked. But I didn’t have a husband and the two wonderful children I imagined. (And did I mention I found my first gray hair on my birthday?)

Life wasn’t going the way I wanted, the way I planned.

A few years later, frustrated with my circumstances and dateless for nearly 9 years, I complained to a friend about my single status and lack of dating possibilities. She  encouraged me to sign up for an online dating service. Doubtful that anyone would be attracted to an overweight woman in her mid-30s, I signed up for two services: one led to nothing but frustration (and no dates); the other led to me meeting my husband, Chris.

When Chris and I got married, we knew we wanted children. We wanted to be parents more than anything. Being 38 years old (well, three months from my 38th birthday), we assumed the odds were not in our favor. We accepted that we might not ever be parents, but decided to try anyway.

After a three heartbreaking losses in our first year of marriage, we found out we were pregnant for a fourth time. At the age of 39, I gave birth to our beautiful daughter Ginny. Eighteen months later, we had another beautiful daughter, Grace, only a couple of weeks after I turned 41. Now, at 43, I’m pregnant with our third daughter. I am a mom, as I always hoped to be, and my girls are my world.

Being an “older” mom was never in my plans. But plans change.

As I continue to look over Facebook posts from high school friends, I don’t regret the choices I made or the paths taken that brought me to where I am today. I’m thankful that I had a chance to learn more about myself and experience the life I did before having children. It took me a bit longer than most to find my “Mr. Right-For-Me,” a man who is an amazing father to his adoring daughters. Not everyone finds that person by the age of 22. For some of us, it takes longer to meet the person we want to marry and start the family we want.

Denise Geelhart is a 40+-year-old mom trying to navigate the world of motherhood. She writes about parenting, food, and life as she sees it at her blog Adventures of a Jayhawk Mommy (http://jayhawkmommy.com). Whenever a free moment presents itself (rarely), Denise enjoys solving mysteries (okay…reading mysteries or watching them on TV), cooking, and drinking way too much caffeine. Basically, anything she needs to do to survive the toddler and preschool years.

Denise Geelhart is a 40+-year-old mom trying to navigate the world of motherhood. She writes about parenting, food, and life as she sees it at her blog Adventures of a Jayhawk Mommy (http://jayhawkmommy.com). Whenever a free moment presents itself (rarely), Denise enjoys solving mysteries (okay…reading mysteries or watching them on TV), cooking, and drinking way too much caffeine. Basically, anything she needs to do to survive the toddler and preschool years.

Whatever age you become a mom, is the right age for you!