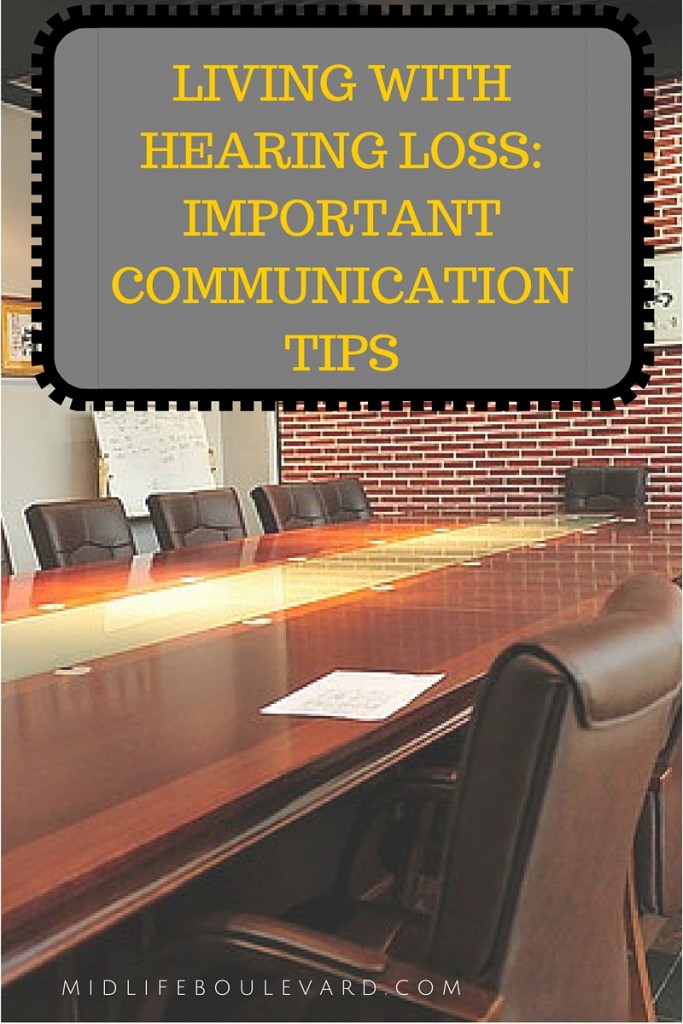 Late last year I attended my first Hearing Loss Association of America (HLAA) Board meeting. It was an exciting experience, learning about all the important initiatives they have underway. And it was a lot of fun to spend time with other people with hearing loss. Before I left home, I wondered how it would be possible for 14 people, all with varying degrees of hearing loss, to hold an effective board meeting, but I was amazed how smoothly the communication flowed. In fact, it was one of the most respectful and productive meetings I have ever attended — and I’ve attended a lot of meetings. It made me realize how much those of us with hearing loss can teach our hearing friends about communication.

Most HLAA board members, although not all, have some degree of hearing loss. Therefore, a variety of hearing devices and other tools were used to ensure that all could participate in the meeting. These included a hearing loop, captioning, and most importantly from my perspective, a strict enforcement of conversation protocol.

Some important aspects of that protocol were:

1. Take turns speaking. Only one person spoke at a time. Really. I can’t remember the last meeting I have attended where people did not speak over each other. Taking turns insured that each person’s comments were understood and valued by all. Plus, it was the only way the captioner could keep up with the dialogue.

2. Speak calmly and clearly. People who were speaking did so in a clear and calm manner because they did not feel rushed or worried that others would interrupt. Nobody raised their voice to be heard over another person. While the discussion became heated at times – given the topic at hand – the environment remained respectful.

3. Listen while others speak. When you have hearing loss, you must concentrate on the speaker in order to keep up. There isn’t extra time or mental capacity, at least for me, such that you can also be planning your next move, while keeping an ear on the conversation. This led to an efficient dialogue since people were really listening to what each speaker had to say.

4. Accept formality. Since people needed a microphone in order to speak (to connect to the loop) there was often a queue of folks who wanted to contribute or ask a question. This allowed for an orderly flow of the conversation as the Chair recognized people before they could speak. Plus, everyone knew who was going to speak next, which made it easier to know where to look for lip-reading cues.

It was an incredibly productive meeting. All views were aired. People listened. It was respectful. Issues were debated and decisions were made. And everyone left not only hearing, but feeling heard. I am hoping I can employ some of these tricks at my next meeting or family function.

Thanks so much for your comment. We use listening devices quite a bit, but they don't always work perfectly.

I can see the importance of not interrupting one another when someone in the room or meeting has hearing loss. Like you explained, "Taking turns insured that each person's comments were understood and valued by all." I have a lot of respect for those who live in this situation, I'm sure it's a different kind of lifestyle. How often do people with hearing loss use listening devices to help? Thanks for the info!

Marcia Kester Doyle writes regularly at Menopausal Mother. This post was originally featured there. Find yourself around the age of...