Katy writes over at Midlife Rambler, exploring what life can be like when your children are grown and out of the nest. You can find more posts like this there.

In 2004, in my early 40s and near the end of a long marriage that had turned wrong and sad for both people, I took my then twelve-year-old son to a music festival. In a way, he was my beard: I desperately wanted to go, but sincerely believed I was too old for such young folk activities. 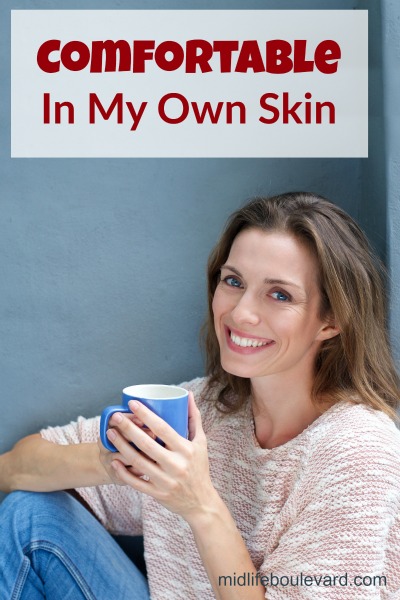 It was the perfect tonic for a truly dark period in my life. Good live music has alway restored my soul and my soul especially needed restoring then. It was a special day for me to spend with my son, too. He was just learning to love music himself and his friends hadn’t quite caught up with him so he loved hanging out with people who liked music as much as he did and would talk with him about it. At that time one of those people was me. I knew I had been given the special gift of extra time before he went off to join his friends and become a teenager and I was grateful for every second.

I really only remember bits and pieces of the weekend. Seeing Lou Reed in the bright sunshine while people tossed around a beach ball and he sang about being happy to hang out with the ghost of his dead friend. Hearing The Drive-By Truckers for the first time. Waiting a full hour for George Clinton to bring the funk before realizing there would be no funk for me this night. Trying to get my uninterested son to stay for Joss Stone by pointing out she wasn’t wearing a bra.

But what I mostly remember about the weekend was how everywhere I went I felt like I didn’t belong, how it seemed to me like I was absolutely the oldest person there and how I was sure that everyone there was laughing at me for daring to go in the first place.

I stood on the sidelines at Puddle of Mudd looking for someone – anyone – who was close to my age (in retrospect, not the best place to do that). I saw one couple – a 40ish man happily screaming along to every song and his long-suffering wife standing beside him. I actually found myself explaining to her that I was there with my son because I was so sure she was wondering.

I left the event to return to real life, convinced that it was sure to be my last time attending a music festival. Except somehow it wasn’t. Somehow I didn’t stop doing a lot of the things I thought I was about to be too old for when I was my early 40s. I haven’t cut my hair in a so-called age-appropriate style. I haven’t changed the way I dress. I got more comfortable with the life I ended up with and became more comfortable in my own skin. And I still go see the bands I want to see.

I spent a weekend this spring at the Shaky Knees Festival here in Atlanta. After two weeks of being out of town on business, I needed some soul restoring. And unlike 2004, where I stood very still and clapped a little bit, this time I danced like nobody was watching. Because I figured out that nobody is! And that’s so freeing. So I danced. I sang along. I waved my arms in the air as if I just didn’t even care. I had a wonderful, amazing, fabulous time.

Oh! And the son who was my companion in 2004? On a Saturday night during the 2015 festival, I was proud to be pretty much the oldest person in the place when my husband and I went to see my son and his band, Warehouse, perform as part of the Shaky Knees Late Night series. While I was watching them play, I saw him for the first time with new eyes and realized he’s a man now.

I recognized that we have both changed so much since that festival in 2004. He’s all grown up and I’m so, so much younger now.

Katy Kozee blogs at Midlife Rambler, where she writes about life as a new empty nester. Her blog focuses on topics such as finding a new identity now that the kids are gone, forging a new relationship with your grown children, making smaller dinners, and learning to use your new free time. Instagram: katykozee

Katy Kozee blogs at Midlife Rambler, where she writes about life as a new empty nester. Her blog focuses on topics such as finding a new identity now that the kids are gone, forging a new relationship with your grown children, making smaller dinners, and learning to use your new free time. Instagram: katykozee

I can relate. In fact, it's funny you should mention Puddle Of Mudd as I had never heard of them until my hubby and I met the lead singer at a TGI Friday's restaurant and we were sitting next to him. He gave us tix to the local venue he was playing. We went thinking we'd be totally out of place. I actually wrote about it myself. Surprisingly, it was a mix of ages and it wasn't too bad. I think music brings people of all ages together! Good luck to your son :)

Have Satisfying Conversations with Those Experiencing Hearing Loss