Where Is the Clitoris, and What’s the Big Deal?

The history of women’s sexual desire is fascinating. Women, throughout time, have been seen as less sexual than their male counterparts and were labeled as dangerous or mentally ill. And occasionally burned at the stake.

The sexual nature of the female body is undeniable. After all we have an anatomical area that has one purpose only—to provide pleasure. The clitoris. A part of the female anatomy still considered so dangerous in some cultures that adults actually cut off the clitoris of infants and young girls.

A brief history of the clitoris

Writings and drawings of the clitoris date back before 1500. Yet there were those who denied its existence as well.

In 1672, Regnier De Graaf, a Dutch physician and anatomist wrote, “We are extremely surprised that some anatomists make no more mention of this part than if it did not exist at all in the universe of nature. In every cadaver we have so far dissected we have found it quite perceptible to sight and touch.”

By 1904 Freud claimed that the mature orgasm occured through women’s vaginas, and dismisses the clitoris in his writings on psychosexual development.

In 1948 the 25th edition of Gray’s Anatomy published with a notable omission. The clitoris, visible in drawings in the 24th edition, was “erased” in the next edition. There is no stated reason and in fact the omission went mostly unnoticed.

By 1953, Dr. Alfred Kinsey proclaimed the clitoris as “the center of female pleasure”. 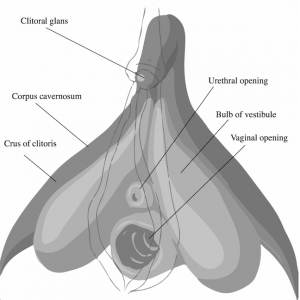 Science and Your Clitoris

Thanks to advanced imaging techniques we now know that the clitoris has external and internal parts and contains significantly more nerve endings than the penis and is therefore more sensitive. Today it is generally acknowledged that the clitoris is vital to women orgasming and experiencing pleasure.

Yet, people of all ages still do not know where the clitoris is, what it can do, or how to stimulate it. A recent survey of over 52,000 adults about how often they had orgasms in partnered sex supports this opinion.

That’s a significant gap in the difference between heterosexual men and their partners. Why? One can speculate but what it’s clear that this isn’t a deficiency in women, since lesbian women have higher rates of orgasms. The problem would appear to lie in the interaction between heterosexual partners.

Men and the Clitoris

First we have to assume that not all men know, or care, enough about the female body, to find the clitoris, or how to meet women’s sexual needs. Second, a woman even in today’s society still might feel shame around sex, or an inability to talk about her own needs.

We have a complex relationship with female sexuality in our country. The expectation is for men to be experienced; young women should be “pure,” or at least that’s the expectation. The lack of sex education is a problem, and what little is taught focuses on basic anatomy and reproduction. Sexual pleasure isn’t part of the curriculum.

The sense of shame and lack of education about our bodies affects women of all ages. Women know pleasure is possible but the gap in knowledge and comfort with their bodies keeps them from achieving orgasm. Or simply enjoying pleasurable touch as a worthwhile activity, without feeling pressured to have an orgasm.

Pleasure and the Clitoris

Pleasure is an integral part of the intimate connection we have with our bodies and our partners. Women will have greater pleasure when they understand their sexual needs and can express those needs comfortably.

The key to pleasure is to educate yourself—explore your body, learn what stimulation you like and don’t like, and then communicate this information to a partner, especially if they need guidance to locate and properly stimulate the clitoris.

Walker Thornton’s book, Inviting Desire, a guide for women who want to enhance their sex life, offers a step-by-step approach to exploring sexuality in midlife and beyond. 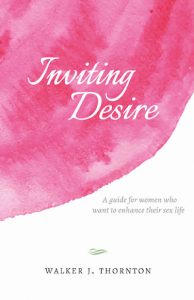 What to Look for In Graduation Stationery

Shopping for Graduation Invitations and Announcements My older daughter graduates high school this spring, so our house is a whirlwind...