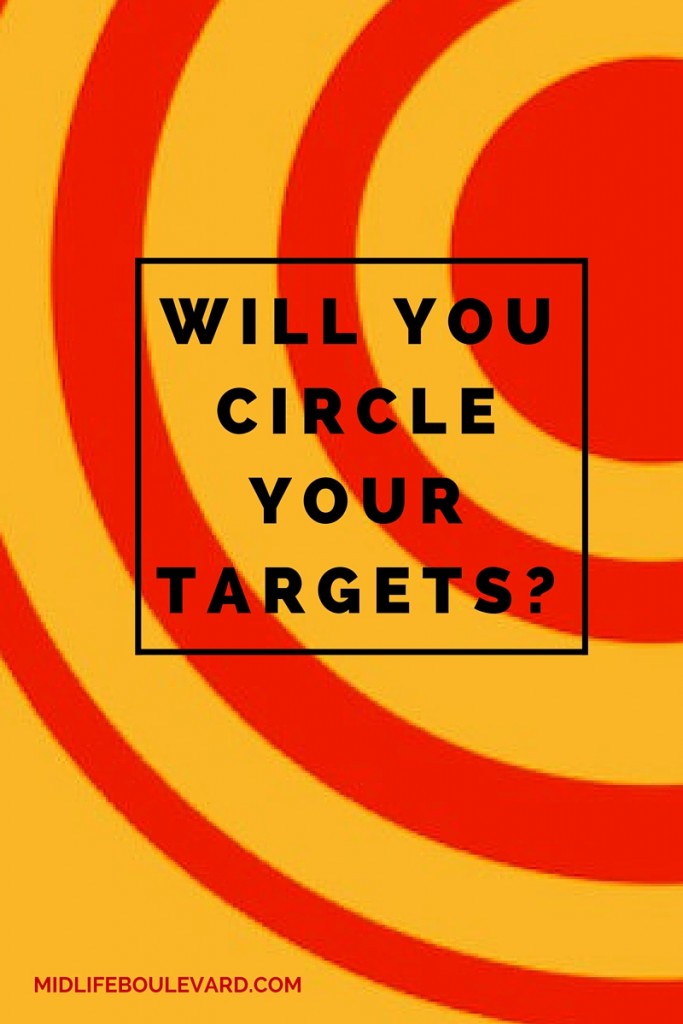 It’s one of my favorite stories, a classic tale of my father’s. A young artist, searching the woods for a good location to ply his art, noticed dozens of trees with circles drawn on them and bullet holes precisely in the center of each circle.

“This must be some kind of marksman,” he whispered to himself. “He hasn’t missed the bulls-eye yet!”

About that time he spotted a young mountaineer with a gun. “Are you the one shooting holes in the trees?” he asked.

“Yep,” replied the young man as he sat down and leaned against a tree.

“How do you do it? You haven’t missed the center of a circle yet.”

“Nothing to it,” he said, reaching into his pocket and pulling out a piece of chalk. “I just shoot the hole and then draw the circle around it.”

As those among many who establish target-producing resolutions each year, we may smile at the antics of the young mountaineer.

But you have to wonder, what was this fellow thinking? Was he striving to impress others, or putting on a show of excellence for entertainment? Was he too lazy to practice his marksmanship, content to accept a false accomplishment? Did he forget, or was he ever taught, the value of sustained effort?

Perhaps he was a perfectionist, afraid of risking an off-center shot. He played it safe, focusing on the result rather than the skill needed to achieve it. Or maybe, just maybe, this guy had grown tired of targets. Perhaps he’d reached a wandering stage of life and become weary of the commitments that come with targets – but still wanted to shoot at something.

Maybe he was between high school and college. Or college and work life. Or, maybe he wasn’t a young mountaineer at all, but a bit older, like me, and in midlife. That empty nest can be its own startling adventure, begging to be feathered once again with new pursuits, new targets.

Now that I’m on the other side of 50, I believe that there are times in our lives when we need to give ourselves permission to wander, when we’ve earned the right to relax a bit and explore without the rigidity of targets.

We can take a class to see if we want to pursue another degree. Or try part-time work before committing to a new full-time career. Or rent that vacation house before deciding to buy.

Granted, sustained result-driven living, where we “shoot first, then draw the circle,” loses that key ingredient that prepares us for lifelong challenges: discipline. But most of us have had plenty of that in our lives and can reinstitute that mode easily when we’re ready.

Maybe that wandering mountaineer was simply circling the shots that had potential, marking the ones he valued. For some of us the question might simply be – Exactly what shots will become our targets?

If you determine that it’s your time to wander, I hope your adventures reveal meaningful and worthwhile pursuits.

13 Ways to Maintain a Fulfilling Life

Ali Davies can be found sharing regularly at her website of the same name. This post was originally featured there. ...