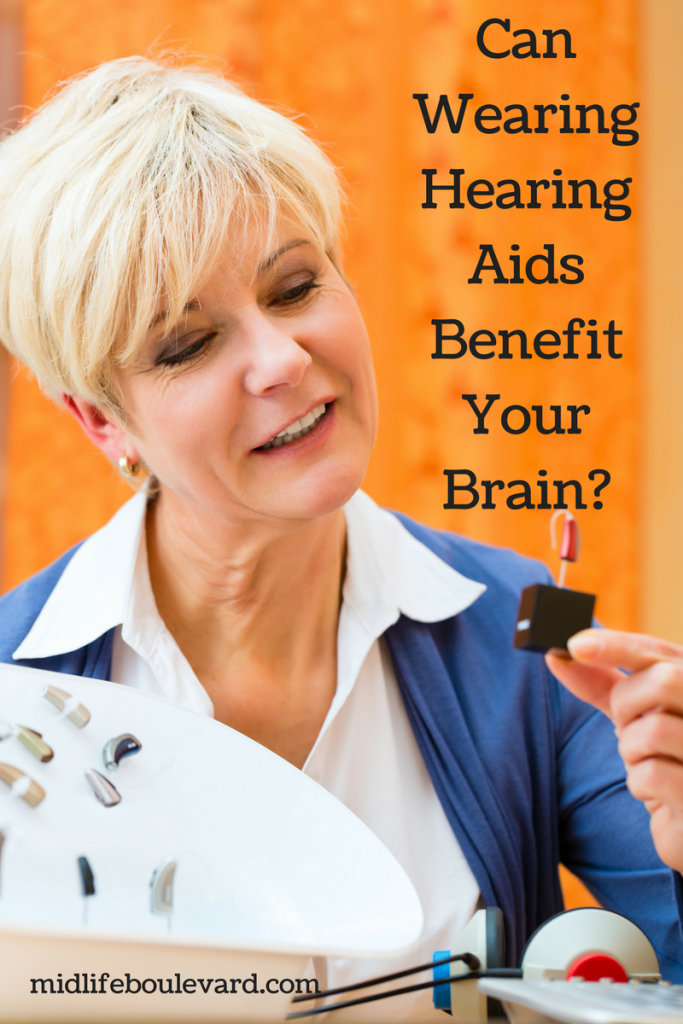 Shari Eberts writes about her life with hearing loss over on her website Living With Hearing Loss.

The Benefits of Hearing Aids

I am always interested in new research studies published in the hearing space. Recently I came across an exciting one. I have written before about the increased risk of dementia associated with hearing loss and breaking the stigma associated with it. Also, I’ve linked to previous research studies that demonstrate this connection. But the question of whether utilizing hearing devices could lessen these risks are addressed now for the first time.

The study entitled “Self-Reported Hearing Loss, Hearing Aids, and Cognitive Decline in Elderly Adults” was conducted in France with data from a 25-year study on brain aging.

At the start of the study, the researchers asked the participants to self-report their hearing loss. Then the study followed their performance on mental acuity tests over time.

The researchers found that those that reported hearing loss and wore hearing aids exhibited cognitive decline of the same magnitude as that of participants that did not self-report hearing loss.

Interestingly, the report goes on to say that the isolation and depression associated with untreated hearing loss seemed to be the primary cause of the difference in the two groups. If the researchers controlled for that variable, both groups showed similar rates of cognitive decline.

Significant questions still remain. For one, the sample size was very small. However, in my mind the evidence is building.

Don’t ignore your hearing loss, as the risks are just too high. The risks are both quality of life today, and also mental acuity over time.

Accepting your hearing loss and getting the care you need to treat it are important paths to sustained vibrancy.

If this is the case, changes in legislation are necessary, including the routine inclusion of hearing tests, aural rehabilitation and hearing devices in Medicare and other insurance plans. Screenings for hearing loss by primary care doctors should also be the norm. Hearing Loss Association of America (HLAA) has issued position papers addressing these issues head on.

Readers, would this research convince you to try hearing aids if you had a hearing loss?

I just saw something about this on a hearing aid ad and wondered how true this was. I do realize that not hearing what people, especially loved ones are saying to you can have an effect on you and make you depressed. I would like to see more studies on this and of course would like Medicare to pay for hearing tests and the devices as well.

I agree! Thanks for sharing your thoughts.

Mona Andrei's approach to tale-telling is hilarious and enjoyable. Have a look at why she can't fall asleep and you'll...