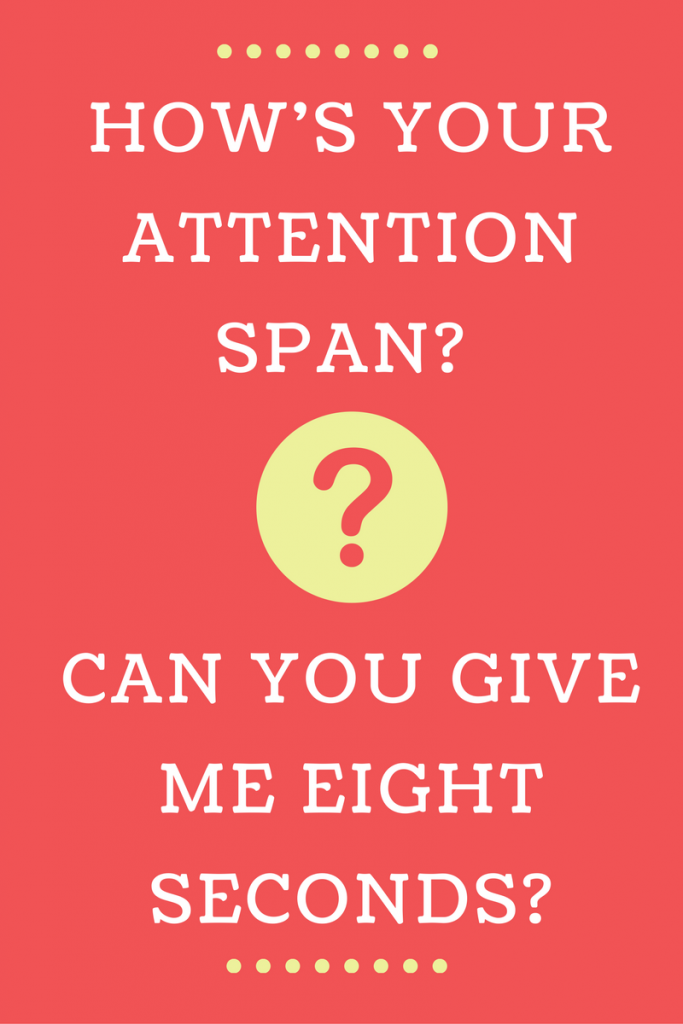 So. According to a really lengthy study – a study so long that I could barely finish reading it without losing my concentration – the average attention span is just over eight seconds.

Allow me to rephrase that in case you’re a really slow reader and couldn’t get through the above sentence without veering your thoughts towards food or something:

HUMANS HAVE AN ATTENTION SPAN OF EIGHT SECONDS.

Do you know what this means? This means that we aren’t humans at all. We’re goldfish.

And while eight seconds really doesn’t seem like a long time, do you realize how much can get done in eight seconds?

I can check email, stalk friends on Facebook, plan dinner (usually Triscuits), look out my window, check text messages on my phone AND still have a few seconds left over to feel guilty about all the work I should have been doing during the previous eight seconds. Which, of course, leads to the next 8-second spurt of focused concentration.

The good news is that even though our attention spans have decreased from a whopping twelve seconds to a mere eight seconds, we’ve become talented multitaskers (as demonstrated above).

I’m going to end this post here because I KNOW y’all aren’t paying attention anymore. Or maybe it’s just me. I need to do laundry. And where are my keys?