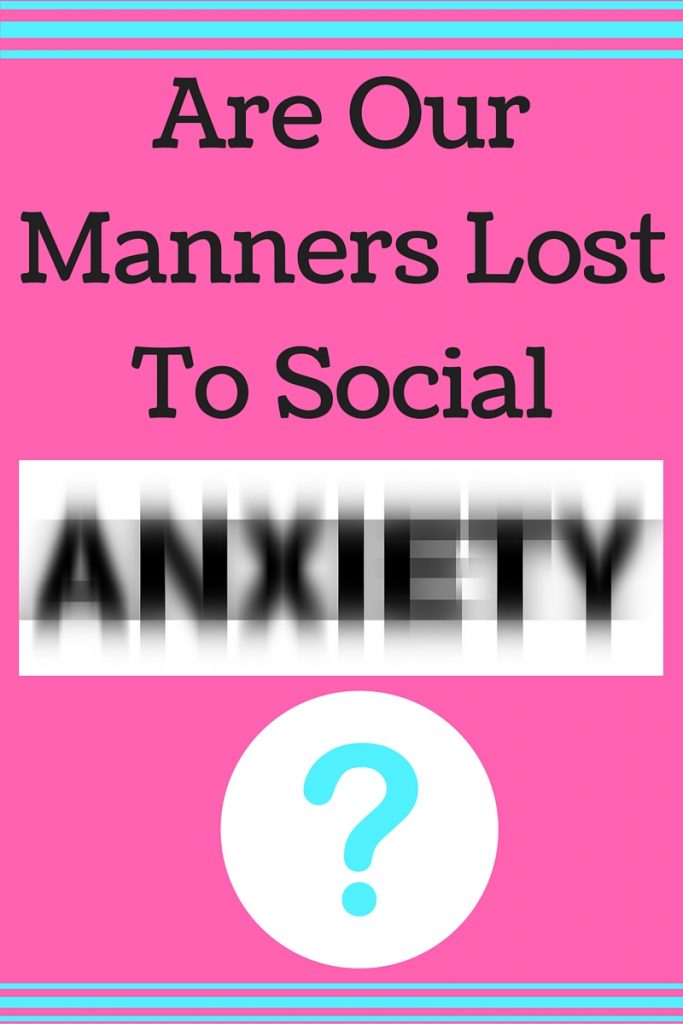 My husband and I gave a Super Bowl party many years ago.

We ought to have known better. Many of our friends aren’t football geeks like us. In fact, quite the opposite.

We had invited about 30 people. Ten showed up, including us. Or at least, those were the ones who had arrived on time. Another 10 showed up two hours later, mostly for the food. The others? They were never heard from — not a peep.

Now I really like these people, and have long moved on. But a recent comment from a friend, who was throwing a major non-profit fundraiser, and had invited well over 100 people, made me think.

“I only had RSVPs from 10% of the people I invited. I didn’t know how to plan — whether it would be a big bust, or people would come without letting me know they were showing. It was awful.”

She ended having a nice crowd, but a far lower number than she had hoped.

I have read several articles on the abandonment of good manners. People have tried everything. From lavish wedding invitations (we received one in an elaborate box with a gift for us in it), to email invites with music and funny graphics, to “Save The Date” announcements sent way in advance. All done with the purpose of getting people to respond and to commit.

Still, either too many people show up, and there’s a frantic rush to cut cheese into smaller cubes or redistribute the caviar, depending on how highfalutin the event is. Or it’s a painfully small crowd, and the host is disappointed and maybe even hurt.

What’s going on that we’ve become so nonchalant and disrespectful?

It could be that we’re inundated with too much activity, especially when there are kids involved. It could be that children aren’t being taught how to be good guests, or thoughtful of others.

I wonder if it’s about social anxiety.

It would not surprise me to learn that people are staying away from commitment because their anxiety about being around other people, especially those they don’t know, has risen substantially.

But we don’t look each other in the eye. We don’t have to fear that we’re being evaluated, or that we won’t fit in. We don’t have to deal with questions about our kid graduating from college (didn’t quite happen), what we’re doing for summer break (not planned and can’t afford) or whether or not we’re going to gym class (haven’t been in over a month).

We can stay in control of what information is out there. We can look put together.

If you commit to going, it’s pressure. So you tuck the invitation back into whatever crevice it popped up from, and wait.

“It’s too much to think about.”

All of these are about insecurity. Worry. Pure anxiety.

Anxiety is the number one mental health issue in the United States. One reason? Anxiety is commonly mixed in with other disorders. For example, I have met people with depression who aren’t clinically anxious. But it’s hard to experience significant anxiety, without being depressed about it.

What about us being older? Does that affect whether or not we go to events?

I have heard many people talk about volunteering after retirement. Their concern?

Is that all about appreciating the freedom of retirement? It could be. But could it also be that introducing yourself to a new environment, where you’ll have to learn the ropes — be a little vulnerable — causes social anxiety?

If you have an unanswered invitation or invitations in your email or on your desk, or if you’re considering volunteering or joining a club, try this …

Sit down and write about the reasons you aren’t answering. Are you nervous about saying no? Do you think you’ll stop being invited if you do? Or are you nervous about going? What are you telling yourself are the reasons you would have difficulty there? What could you do beforehand in order to help yourself be less anxious? How could you consider volunteering in a way that wouldn’t promote anxiety?

Brainstorm with someone you trust.

Not responding, not committing is a choice.

You can convince yourself you haven’t made a choice yet, but you’re committing to hiding. At least for the moment, or the day, or the week.

And remember… everyone else is having their own insecurity. You’re far from the only one.

You’re simply more aware of yours.

I think this bit of script from The Office sums it up nicely.

Andy: Hi, Ryan, you went to business school, right? Ryan: Yup. Andy: I need somebody to talk to this seminar about business. Ryan: And? Andy: Can you do it? Ryan: Okay. I don't... I don't like committing to things just like that. Andy: So no? Ryan: No, I don't like committing to not doing things, either. That's just as big a commitment. Kelly: Oh, baby. Andy: What do I put you down for, bro hombre? Ryan: Yes. Andy: All right! Ryan: Yes, I'll do it. Andy: Okay, than you so much. It's going to be so awesome. Ryan: And if I flake, I flake. Andy: What?

Social media to blame for poor manners to RSVP is an interesting theory. If I RSVP then I will go because I said yes. I I don't want to go or have a conflict, I will RSVP and say Sorry can not make it and I don't decide at the last minute to show up. Yes sometimes things happen and you have to cancel at the last minute but showing up at the last minute appears to me like the better offer did not come your way. I have a hard time when people do not RSVP at all!

I think you meant to say "social anxiety", not social media Haralee. And it doesn't seem you have a problem with it! thanks for commenting..

I'm not so sure that it's anxiety as much as it's that the millennial generation has not HAD to learn polite conversation or social graces. I have nieces and nephews who will come to family events and are unable to engage with the group - they are glued to their phones, busy texting, snap-chatting, etc. I don't believe they are anxious as much as they lack experience and social confidence which comes from being required to participate. Wow - That comment seems rather old and "get off my lawn..." Rant completed.

I agree about that Lynn, but to me, this problem is bigger than the millennial generation -- there are many people over 30 who don't RSVP. And about the rant... sometimes it's good for you!

June 14th is National Strawberry Shortcake Day. Can you imagine? A day of celebrating this delicious dessert? Sign me up,...