When I finally figured out that I desperately needed some caregiver knowledge I searched online and found the ARR.  For those of you who haven’t heard of those three wonderful letters, I’m talking about the ALZHEIMER’S READING ROOM created by Bob DeMarco.

I found Mr. DeMarco’s website at the lowest time in my life. I always describe it as being out to sea and finally seeing the lighthouse.  Here is my first blog that describes where I was at then. 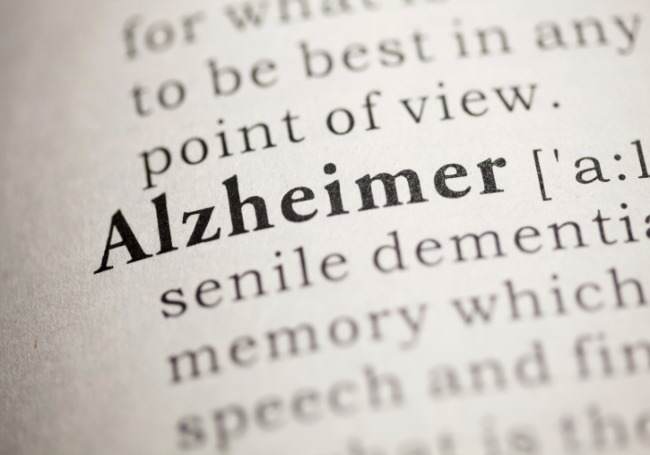 If you have questions about caregiving or Alzheimer’s/Dementia diseases this should be your first stop.  You will fall in love with Bob and his wonderful mother Dotty who passed away on May 25, 2012.  Bob was the 24/7 caregiver to him mother for many years. He took what he learned and decided to share it with the world. There are over 4,600 articles dealing with these subjects on his website. He doesn’t hold anything back and any question you may have can be answered here.

The first article I read was Communicating in an Alzheimer’s World, Bob’s explanation of communication dos and don’ts with someone who has AD was just what I needed to hear.  It opened my eyes to all of the many mistakes I had been making while taking care of my mother.

He generously agreed to answer some of my questions so I could share them with you.

1. Did you have any experience with caregiving or Alzheimer’s/dementia before becoming your mother’s caregiver?
I didn’t have any experience with Alzheimer’s and dementia when my mother was diagnosed with probable Alzheimer’s. You could have put everything I did know in a thimble. I will admit that I had bought into many of the stigmas attached to Alzheimer’s disease. I did learn all of them are untrue. As it turned out, I had the perfect life experience to care for someone living with dementia. However, it did take me quite a while to figure that out.

2. What made you decide to start sharing your experiences?
I never intended to become a blogger or a speaker. It all started when our doctor told a neurologist at a major University that he had “some guy that was taking care of his mother”. He went on to say, “ I don’t know what he is doing, but its working.”
That neurologist called me, and then he asked me to start writing about my experience. He promised to get me readers (he did.)

After several months a retired editor of a major newspaper called me and asked me for help with his mother. Subsequently he said, “If you are not writing about what you are telling me, and you should.”

I decided to take his advice. Shortly thereafter readers and subscribers started flocking into the Alzheimer’s Reading Room. I was surprised, encouraged, and then hooked. More than 5 million  people have visited the ARR worldwide.

3. Is there anything you wish that you hadn’t shared?
I did have some reluctance at first. But after the advice from the editor I let it all hang out. I am an Alzheimer’s caregiver myself, so I understand how caregivers might be thinking and feeling. Some of the things I wrote about our experience were pretty graphic. Some of the articles were pretty funny. Most importantly, I knew my mother would have wanted me to do it, so there was no reluctance on my part to write about our life and experiences.

4. What do you feel was your greatest success as a caregiver?
I think about this question all the time. The answer is very long. If I had so say one thing it would be that I completed my mission in a way that I could never have imagined. My mother died and went to Heaven peacefully and in her own bedroom. The goal from the beginning was to keep her at home, she did not want to end up in a “home” as she called it. That was my number one goal from the very beginning, and the fact that we made it is the greatest accomplishment of my life.

5. What are the top 5 things every caregiver should know?
First, acceptance. Alzheimer’s caregivers have a tendency to “vent” and “complain” about things that are common to dementia patients. I know this because I did it myself. Repeating themselves, refusing to take a shower or to go to the bathroom, refusing to cooperate, these are all common problems that come with the territory. The list of problems is never ending as the disease stages. Amazingly, the solutions to these problems are usually very simple. You have to accept that the disease causes changes in the brain that results in changes in behaviors.

Second, continue living life. I will freely admit that I finally realized that Dotty and I were living in a cave after about 18 months. Or that is what it seemed like. So I made a decision, we would start living our life that way we always had. I tried to remember what Dotty did before Alzheimer’s, and what she liked to do. I started to build a daily routine around what I knew. We started as soon as she woke up in the morning, and were still going when she went to bed.

Third, the importance of discussion and social interaction are imperative. I discussed the newspaper with Dotty as soon as she woke up in the morning. I encourage her to read the paper to me. I put the crossword puzzle in front of her (she had been doing it all her life). Over time we added exercise, bright light, music, trips to the ice cream store, and all the daily activities that Dotty enjoyed. Yes, over time we had to “dumb” these down a bit, but it was not hard to do.

Fourth, just let them do. There is a tendency to start doing everything for a person living with dementia. This is a major mistake. I know this because I did it. It made my mother dull and uncooperative. She seemed to be falling into a dark hole. Once we started living our life something happened that I could never have imagined. Dotty was more “there”. The more she did the better she looked, and the more cooperative she became.

Fifth, they love you more. One of the most grueling parts of caring for a person living with dementia is they sometimes stop saying “I love you”. They rarely thank you for all you are doing. This hurts. On the other hand, they can’t stand to be without you. They follow you around. When they can’t see you they call out your name. If you go away even for a little while they get upset.If you are willing to open your mind, and open your heart you will only be able to come to one simple conclusion — They Love You More

If you are a caregiver, patient, family member or just happen to know someone who suffers from Alzheimer’s or Dementia you can learn so much by visiting the ARR. Stop by and check it out.

I want to say thank you to Mr. DeMarco for his continued support and education of Alzheimer’s disease and caregiving. I also want to thank him for always answering my questions, listening to me when I needed someone to hear me and publishing the first story I ever wrote on the ARR.  Here is a link to that story Memories-Her Mother Remembered 1957, But Not Right Now.

Remember to appreciate the good, laugh at the crazy and deal with the rest.  I love you momma!

Thank you so much Sharon! What a wonderful opportunity!

Where is Tech Support in an Empty Nest?

Lisa writes: A few months from now my husband and I will truly live in an empty nest and our real problems will...