Skip to Content
47 shares
As a life long resident of the City of Brotherly Love (and Sisterly Affection), I’m inviting you to come help us celebrate the 4th of July in Philadelphia.

This year, the 4th of July falls on a Tuesday. If you have a benevolent boss who is giving you a long weekend, you could take the entire week off and only use three vacation days! 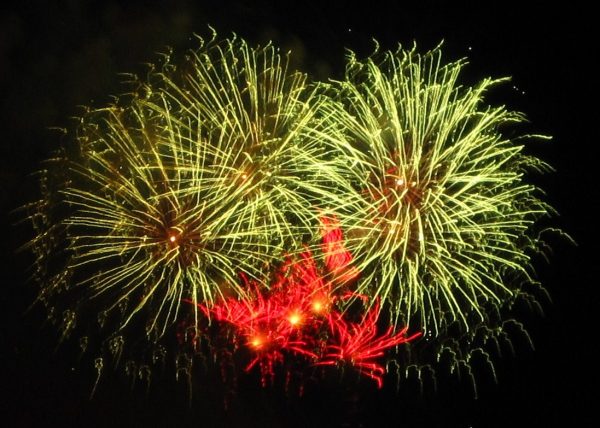 You can enjoy plenty of fireworks if you celebrate the 4th of July in Philadelphia.

Here are five reasons for you to join us to celebrate the 4th of July in Philadelphia, the Nation’s birthplace, on Independence Day:

Lonely Planet named Philadelphia first on its list of the top ten United States cities to visit in 2016.

Just a few weeks ago, U.S. News and World Report named Philadelphia number two on its list of the 25 best places to visit in the United States. New York City came in first, but you can easily visit both during the same trip. Philly is only 100 miles south of New York City, less than an hour and a half by train. 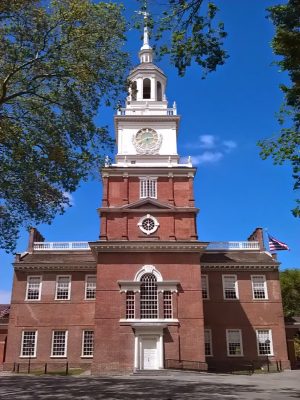 2) Philadelphia is the Nation’s Birthplace.

On July 4, 1776, the Founding Fathers officially adopted the text of the Declaration of Independence in Philadelphia, having already actually declared independence from Great Britain on July 2nd. Displaying a touch of gallows humor on that occasion, Benjamin Franklin commented, “We must all hang together, or assuredly we shall all hang separately.”

As it happens, they did hang together (in a good way) and returned to Philadelphia in 1787 to hammer out a draft of the United States Constitution.

Philadelphia boasts the most historic square mile in the United States. Many of the July 4th celebratory events will take place there, in and around Independence National Historical Park which is run by the National Park Service. 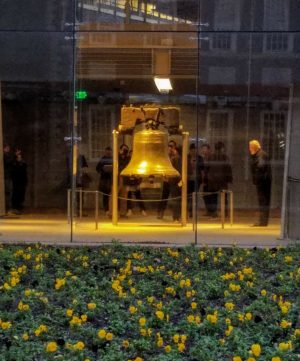 4) Philadelphia loves for visitors to sleep over.

Visitors can  buy lunch from Amish farmers or score a Philly cheesesteak at the eclectic Reading Terminal Market.

Philadelphia was one of the leaders in the  U.S. restaurant renaissance, so if you’re looking for a French bistro, no problem.

Within walking distance of all the 4th of July events in Philadelphia, you can find accommodations at many price points, from the swank, historic, Grand Dame of Broad Street, the Hyatt at The Bellevue, to an Old City hostel and everything in between.

5) We Know How to Celebrate the 4th of July in Philadelphia. 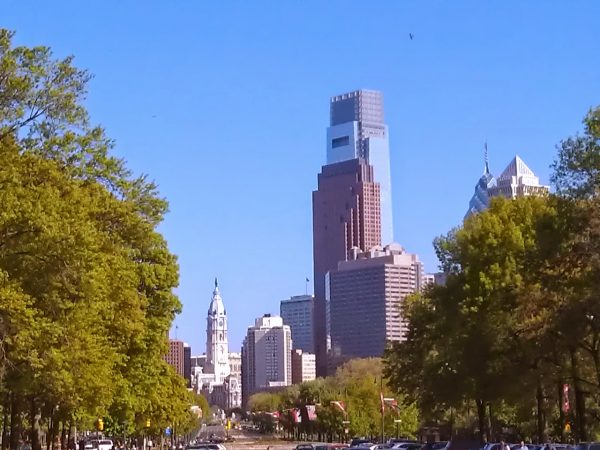 Philadelphia City Hall, looking down the Benjamin Franklin Parkway from the steps of the Philadelphia Museum of Art, the Rocky Steps.

On July 2nd, you can watch the movie Rocky right on the flight of steps he made famous in front of the Philadelphia Museum of Art.

On Sunday, July 3rd, join the block party on Independence Mall from noon to 7:00 p.m., after which the Philadelphia Pops Orchestra will perform on the steps of Independence Hall.

At noon, everyone is invited to join the block party (actually more like a 5 blocks party) on the Benjamin Franklin Parkway, in front of the Philadelphia Museum of Art steps, the Rocky Steps.

Pace yourself, because from 7:00 to 9:30 p.m. there will be the Wawa Welcome America concert on the Benjamin Franklin Parkway, featuring Philly’s own Boyz II Men, with performances by The Philly POPS, Mandy Gonzalez, Tony DeSare and the legendary Mary J. Blige.

The concert will be followed by two simultaneous, suitably exuberant fireworks displays on the Parkway and at the Delaware River waterfront.

You can find great resources for planning your visit at VisitPhilly.com and a comprehensive listing of the events from June 30th through July 4th at WelcomeAmerica.com

I hope you’ll come. We’ll leave the lights on.

How do you celebrate the 4th of July where you live?

Looking for more to read? Here are tips on what to wear for the 4th of July.

A la "Hamilton" Philadelphia is most definitely the "Room Where it Happened!" Okay, the "City" where it happened, but you get my drift!! I grew up in Philly, but left when I was 24. I have now lived longer in CA, where I moved at 24, than I lived in Philly, but once a Philly girl...... We have many chapters left to write as a nation. May we endure the current hiccup and make lemons out of lemonade. Being forced out of complacency is a great way to honor the 4th of July!!

Anita @ No Particular Place To Go

I've always loved that quote by Benjamin Franklin, gallows humor or not. We've visited Philladelphia a couple of times over the years but never for long enough and I loved learning, despite Philadelphia being a relative newbie, that it is a World Heritage City. You have many reasons to be proud of your city, Suzanne and you're a great ambassador!

All these are great reasons to visit Philly. I'll bet it is fabulous on the 4th!

Philadelphia is a must-see for every American whether it's the 4th of July or any other time of year. The historic district is amazing!!!

The 4th of July in Philly looks to be quite something. Meanwhile, I've taken note of some of the other attractions mentioned here, which can be enjoyed any time of year. Adding a side trip onto a New York City visit is a great idea!

I'm a Boomer with Millennial Friends I was telling a friend last week about going to a baseball game. As I...