Lately I’ve been thinking about how wise I’ve become.

If you haven’t snort laughed yet, you should.  I would never have referred to myself as the wise type. 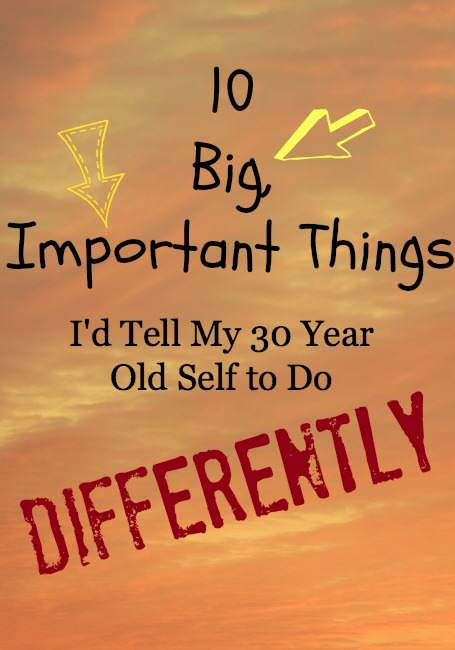 1.  Hold your kids all the time when they’re babies.
Snuggle with them and hold them all the time.  When my kids were babies, I would bemoan the fact that I had to constantly hold them or they’d cry.  It was hard for someone used to getting a lot done to walk around the house all day, jiggling a baby in her arms or on her shoulder.  Once they get to be about 8 years old, all that hugging and snuggling is going to disappear as they become more and more independent.  So relish it while you can. And once they’re teens, you’re lucky to get a grunt as a reply when you say, “Honey, I love you,” and the hugs are few and far between, so embrace it while you can.

2.  Stop worrying about how the kids are going to turn out, they’re going to be fine.
That advice your friend gave you about how the apple doesn’t fall far from the tree?  It’s true.  They’ll be a lot like you and your husband, so just try and set a good example.  Just because you did all those terrible things when you were their age doesn’t mean they’ll do the same.  Just because you didn’t raise them perfectly doesn’t mean they’re not going to turn out to be fully rounded adults.  They will, trust in them and in yourself.
3.  Don’t worry so much about your career.
Figure out what you want to do, do it well and let it fall into place.  Put more focus on raising the kids than on your job and things will balance out.  Once you have kids, the job will just take off because as a mom, you’ll be so laser focused that you won’t have time for any nonsense and so will become hyper efficient and productive in order to get home so that you can take care of them.  So stop obsessing about your career, it will all work out.
4.  Stop worrying about money so much.  You’ll have enough.
What’s the point of juggling working and kids if you’re not going to allow yourself to enjoy the rewards of that work?  So put in that built-in pool, do the upgrades to the house, fix up the basement in to a playroom, create a home that your family can live happily and comfortably in now.  Plus, you’ll probably wind up working past retirement anyway, after transitioning into a new career that you’ll have more passion for and which you’ll be perfectly happy to spend the next 10+ years doing, in order to make sure you have enough money to last until you’re 100 which is how long you’ll probably wind up living if your parent’s and in-laws are any example.
Continue reading this post on Claudia Schmidt’s blog, My Left Breast

Can totally identify with your self-description of being "slightly obsessive-compulsive" :)!

About your post...I needed to read #2 as my son graduates from college this spring. He's the child I worry about the most...

I'm sure he'll be fine...you just have to trust that you did a good job raising him, which I'm sure you did. And, the obsessive compulsive part? I'm still online reading and commenting on posts at 10:03 PM! I need to get off line!!