Sunday, March 2 the Oscars – otherwise known as my Superbowl – will be on ABC. I don’t need a reason to watch other than my utterly ridiculous love of the glitter, pomp and excitement of it all. But if you need a reason, here you go. 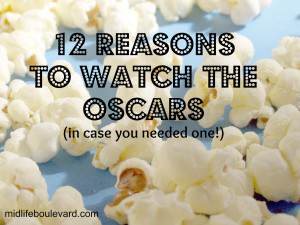 1. The red carpet – obviously. And in my opinion the only place to watch it is the E! channel, because no one does the red carpet better than Ryan Seacrest and the rest of the E team.

2. The host. Ellen Degeneres is just about the coolest woman on earth. Let’s hope she does some dancing during the opening monologue.

3. The surprises. It’s a tight race this year in some categories (best picture, best actor, best supporting actress), so expect a few gasps during the show.

4. Brad and Angelina. They’ll be there this year, and there’s no couple more glamorous than these two.

5. The musical numbers. Performing this year are Pink, Bette Midler, Karen O, U2, Idina Menzel, and Pharrell. It’s worth watching the show just to see this talent!

6. The “in memoriam” montage. There’s always someone you didn’t know had passed away. 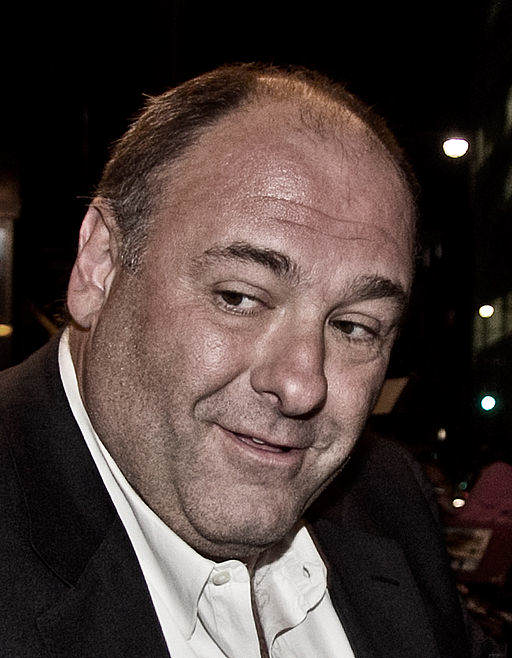 James Gandolfini By gdcgraphics (James Gandolfini)
[CC-BY-SA-2.0 (http://creativecommons.org/
licenses/by-sa/2.0)],
via Wikimedia Commons
7. The moms. A few attendees are sure to bring their moms as their dates. What could be more thrilling than to go to the Oscars with your nominated son or daughter? I’d be kvelling!!!

8. George Clooney’s date. Who will he bring this year????

9. The one or two amazing acceptance speeches. Most of them are pretty boring, but there’s always a couple that are genuine, funny or heart-pulling. And let’s hope if Jennifer Lawrence wins again this year, she doesn’t trip going up the stairs.

12. Fashion Police on the Monday night after the show. Because, in the end, the awards are given and we may forget who won (quick, name the best supporting actress from 2013!) – but we’ll remember some of the dresses forever. 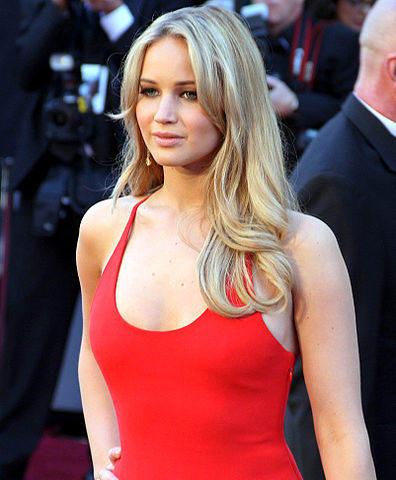 Awesome rules!! I am so excited..my favorite night of television.

Sharon you listed every point I like about the Oscars. Living on the west coast makes watching it easy, I feel for my east coast friends. Luckily my husband enjoys the show too so we make it an evening, that is why I too had to turn down George.

LOL I turned him down too! What will he do???

I will watch them with my friends. I hope Leonardo wins an Oscar finally!

Oooops....wasn't finished. I too am glad Ellen's back and love the red carpet interviews....I love it all! My snacks and my wine and my pj's.....cat on my lap......and my phone to text back and forth with my sister...going to be a fab night! :) Thanks, Sharon

The one night I force myself to stay awake and stay up! (All else I watch On Demand.) Can't wait to see Jennifer Lawrence and Brad and Angie! Thanks for this great preview and tips!

Still Single? Throw Yourself A Wedding!

When I took the stage at Boardwalk 11 Karaoke Bar at my 50th birthday party last February, I was triumphant....