Orgasms, like snowflakes, are infinitely variable, no two ever alike. If the Inuits have over 100 words for snow, shouldn’t the English language do a better job of describing the ultimate sexual destination?

With age comes hard-won experience. Here are a few suggestions from my personal catalog of sexual fulfillment. 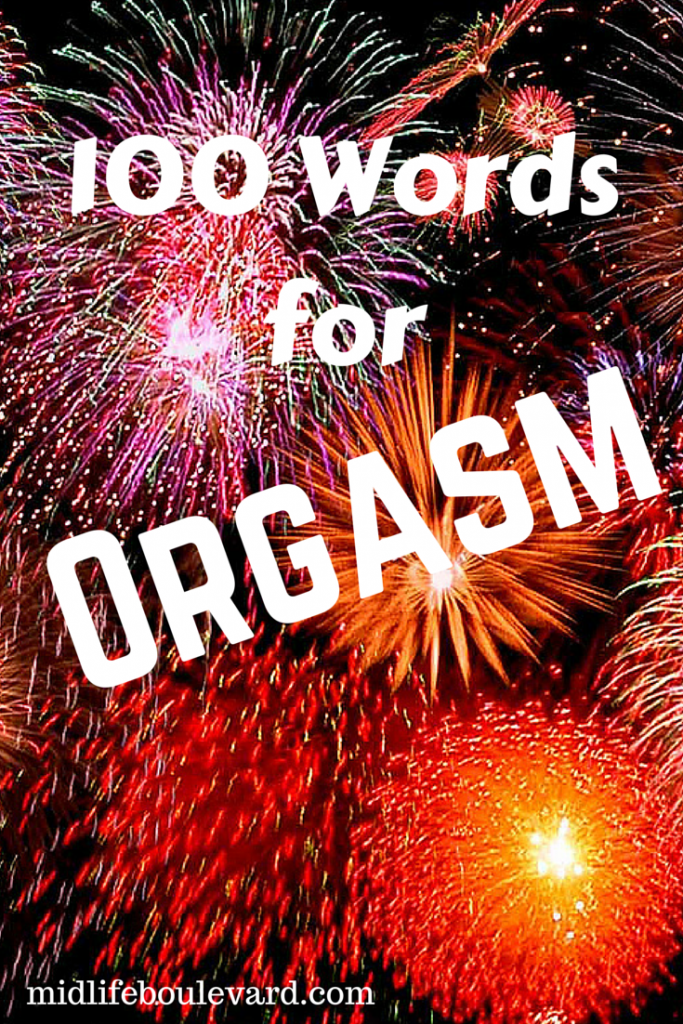 From Eve’s first shiver of ecstasy in the Garden of Eden, women have been in search of multiples. Like them, I too hanker for the perfect moregasm. Instead, in today’s busy world, sex can become just one more thing on my to-do list. At times like those, I often experience the obligatory choregasm.

I’m not ashamed to admit there are times when I want sex, I need sex, nothing but a rousing bout of lovemaking will do. That’s when I might have to beg and plead for it, resulting in an imploregasm.

I once dated a lawyer, who talked a lot; he used lots of big, unnecessary words. He used to give me a heretoforegasm.

And then there was the dreamy pilot. He definitely gave me a soargasm.

With my kayaking date, it was an oargasm.

As a young bride on a 23-hour honeymoon train ride in the sleeper car, I arrived at our destination in the throes of a soregasm.

My friend Delilah went to Paris for fashion week, a lifelong dream. While there she experienced many an haute couturegasm. Back in the day, Delilah got second row seats to see John Galliano’s collection. It was all she could do not to have a Diorgasm right then and there.

Delilah met a sexy Frenchman, who brought her to ecstasy again and again. With Pierre, Delilah had many an encoregasm. I say Spaniards are even better lovers. Give me a ¡señorgasm! any day.

When I’m feeling old and unattractive, nothing can pick me up faster than a romantic night of lovemaking. What could be better than a restoregasm?

Times are tough. My 401K is sliding, and the price of sexy lingerie is soaring. Last night I’m pretty sure I had a poorgasm.

My wealthy friend Steve dates young women who love the things he can buy them – some would characterize them as gold diggers. I’ll bet they’re having oregasms and or even give-me-moregasms. If I weren’t such a nice person I might accuse them of having whoregasms.

Toward the end of our marriage, my ex and I would have huge fights and like many couples, we’d end up in bed having make-up sex, during which I would usually experience an explosive end-the-wargasm. The very last time we had sex, I knew in my heart I was having a nevermoregasm.

There’s nothing worse than boring sex, right? But we’ve all had our fair share of snoregasms. To spice things up, you may want to pick up a naughty movie or two and try for a hardcoregasm.

I’ve found that having sex during a bad bout of pollen allergies can result in a sneezing fit as well as a sporegasm.

In my house near the ocean on warm summer nights, listening to the waves lapping on the sand, there’s nothing nicer than a shoregasm. And when I go camping I like to sit around a campfire with my honey toasting chocolate bars, marshmallows, and graham crackers. After that we definitely have a S’moregasm.

Don’t you love it when you’re in the early stages of a relationship? Sex is white hot and desperate. You can’t keep your hands off each other and can’t wait to find a bed. You might climax on the couch or even have a mind-blowing floorgasm.

After the floorgasm, it’s time to get to know each other’s bodies, your likes and dislikes. That’s when you can take your time together and eventually have an exploregasm.

I don’t usually make a lot of noise during sex, but sometimes I just can’t help myself. Really out-of-this-world lovemaking has been known to cause a roargasm.

That same kind of sex – passionate, fulfilling, mind, body and soul-melding sex – can touch the deepest parts of you. Let’s call that one a coregasm.

I love, love, love having sex in hotels like the Four Seasons or the Ritz, where the rooms are filled with fine furniture and the beds are covered in expensive linens. The colors are muted and the scent of fresh flowers fills the air – it’s all about the ambience. Check me into a beautiful hotel room and I’m sure to have a decorgasm.

But for me, the best orgasm of all is the one where my honey looks at me in a way that tells me he thinks I’m the most beautiful, talented, sexy woman he has ever known. That look sends me to the moon and home again – the ultimate adoregasm.

I love this post - full of humor using stem word of orgasm. I share with husband with a lot of laugh. Thanks! - Stella

Great job expressing emotions through the various orgasms we all experience. Funny but true!

Connie McLeod's life was already in the middle of a storm when Hurricane Katrina hit New Orleans and sent thousands...