First published on Travels with Tam in August 2013, this is the blog series written during Tam Warner Minton’s husband’s health crisis, which eventually led to a double lung transplant, and a continuing recovery. Parts 2 and 3 will be published on Midlife Boulevard in the coming weeks. 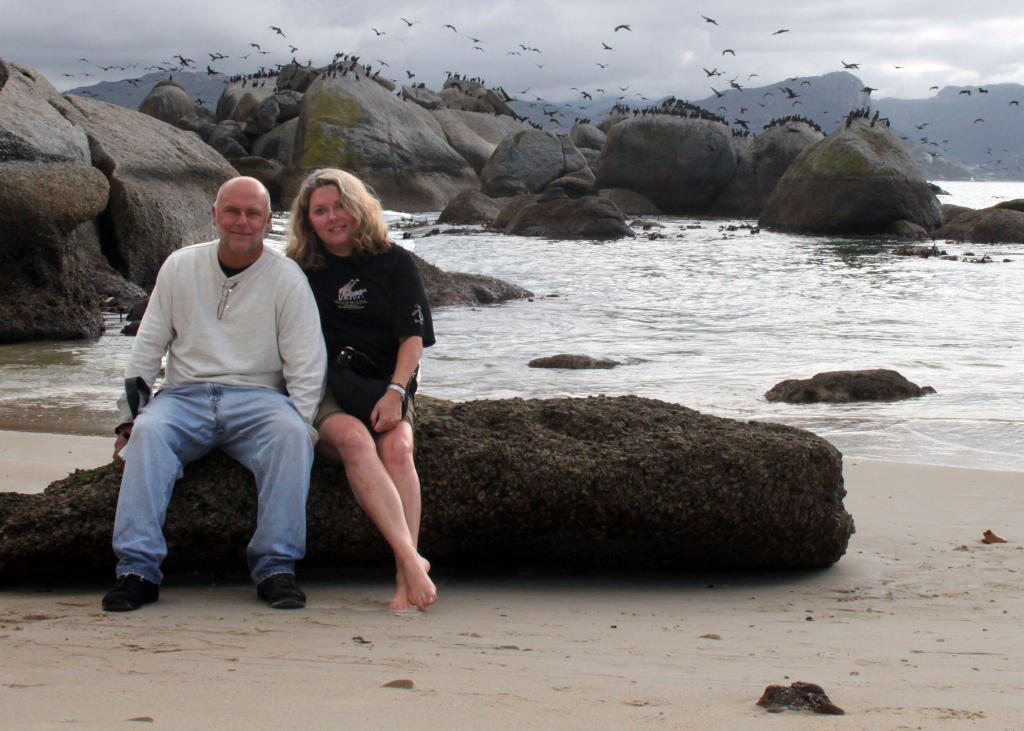 Hey, who gets what they expect? In my life, the unexpected has usually been the norm.  Right now, the unexpected is beyond comprehension. Three years ago, my husband, Randy, was “diagnosed” with Sarcoidosis.  What is Sarcoidosis?  Sarcoidosis of the lung is primarily an interstitial lung disease in which the inflammatory process involves the alveoli, small bronchi, and small blood vessels.  It is not caused by smoking.  Its cause is basically unknown. Only 10% of those diagnosed with the disease develop a serious presentation.  Remember Bernie Mac? He died of the disease.  Randy was told it would probably resolve on its own, no treatment necessary. Even though he continued to slowly worsen, no treatment was recommended, and no further testing (to make sure there wasn’t something else going on) was done.

Unhappy with the care received by the first pulmonologist, I researched “the best.” I found places like the Cleveland Clinic, Mayo Clinic, Duke, UT Southwestern, and National Jewish Health, undeniably the top Pulmonary hospitals in the country. The earliest appointment with a Sarcoidosis specialist was available in Denver at National Jewish Health in March of 2013, so we flew there. Dr Hamzeh, a top Sarcoidosis researcher, told us that Randy’s presentation of Sarcoid was odd….not at all typical, and he felt that another disease process (not Sarcoid) might be going on. The biggest fear?  Idiopathic Pulmonary Fibrosis (meaning a fatal lung fibrosis with no known cause). He suggested a lung biopsy to be performed at UT Southwestern in Dallas. It took a while to get into UT, of course, and when we did, most tests were re-run.  Since Randy was on 40 mg of prednisone, a steroid, daily, he had to slowly lower the amount as a biopsy was not viable unless the prednisone is 10mg or under.

In the meantime, my mother was going downhill quickly due to emphysema, the disease I lost my father to in 1985.  She passed on June 22.  By the end of July Randy was one week away from the biopsy when his oxygen saturation plummeted to 78 (normal is 98-99) and his pulse was a racing 120-130. I called an ambulance and when he stabilized he was transferred to UT Southwestern. He is critical but stable, and has been in the ICU at UT Southwestern University Hospital (St Paul) for over a week.  He has received over 1,000mg of steroid a day to calm the inflammation, but so far, his breathing stats have not improved. A few days ago, the critical care pulmonologist recommended getting the transplant team involved. What? Transplant team? Ummmm, okay.

My husband has been wonderful. He looks fine, speaks well, appears to be in great health…except he cannot breathe without A LOT of oxygen. He is only 56, and has always been Mr. Healthy. This will not be a short road, or an easy one. His inflammation could still resolve, but even if it does, the recovery will be very difficult…I think the hardest part of all of this is being in limbo. We really do not know what is going to happen or what we should do.  Whatever we do, we will do it together.

Today is Sunday, so tomorrow and Tuesday should bring more information to digest. Randy is being given every test possible to determine his overall state of health. My daughter lives in Dallas, but my son is in Alaska with his girlfriend, celebrating his graduation from college. I may need to get him home.

Now, we wait and see.

Do You Admit Your Mistakes As A Parent?

I read one self-help book on parenting before I gave birth. Between work and the actual doing of it, I...