Before and after Katrina is how we mark time down here in Louisiana. We just passed the 8-year anniversary of that milestone hurricane. The lives we knew were washed away when the levees broke. For my high school friend, Karen and I, it marked the washing away of our long-term marriages. My husband moved out the week before the hurricane and Karen moved out of her home, the week after. 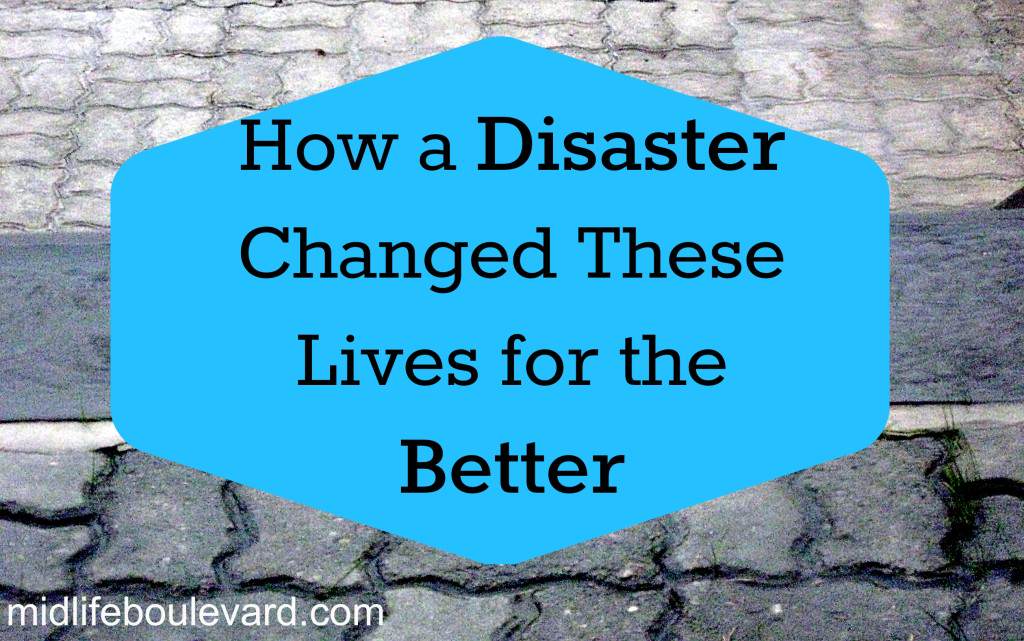 We found our friendship in the storm’s aftermath and often clung to each other for support. We both realize the women we were back then wouldn’t recognize the women we are today. Eight years ago newly single with a teenage daughter; I was scared and expecting to be laid off from my job. While that did not happen, it made me question what did I want to do. I tried out a home-based business giving wine tasting parties (a lot of fun, but I drank all my profits). That led me to get over my fear of pubic speaking, which led me to becoming president of my professional club, which led me to giving workshops on creativity, which led me to starting a design business with my sweetie, which led me to discover new talents and strengths. Most importantly I learned to let go of fear and to embrace things outside my comfort zone.

Karen left her affluent life and empty marriage to find meaning in her life after her kids had grown. She moved back to her hometown to family and friends who were critical of her decision. She went from moving in with her mother, to crummy first apartment, to nicer apartment, to buying a house, to renovating that house and making it her oasis. Her small job with an old family friend grew as his company was bought and sold and bought and sold. It is now part of the largest engineering company of its kind in North America. With each evolution of the company, Karen’s job has grown and she’s moved up the corporate ladder. She’s now moving to the center of business for the Eastern region. All of her strengths have come out and are shining brightly.

It is so encouraging to read how, out of sadness, a happy life can be found again on so many levels.

Sheryl, I am in a very happy place. Today I'm celebrating the 4-year anniversary of the first date with my sweetie!

Cliff and I were en route to Bald Head Island off the coast of North Carolina. The day was gorgeous....