It is the first anniversary of my ongoing relationship with the love of my life.  As we continue to grow, I discover new and exciting things each day.  What was once just an affair of convenience has become an extension of my very being.  I almost can’t remember just how I got along before my iPhone5. 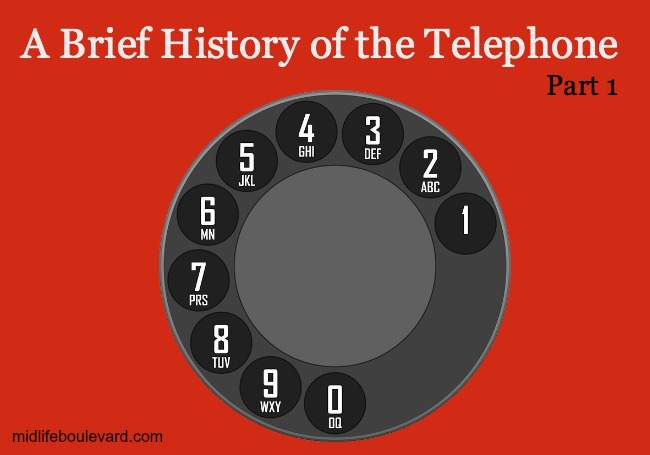 Back in the day, my phone was connected to the wall of my home.  At 314 Mill, when the telephone rang, no one knew who was calling.  There was often a mad dash to answer with the ever famous “I’ll get it!!!”   If it was for me, someone screamed my name.  If someone was mad at me, they would tell the person that I was in the bathroom.  If it was a personal call, I would whisper and talk in code.  If it was a fight, I would sit silently on my end of the phone.  If someone else needed the phone there could be blood.  When someone called and the “desired” Wells was not at home, a message would be taken.

In a perfect world this was in the form of a note. It could, however, be relayed verbally, but more often than not, it was just forgotten.  It was a great source of tension with 4 teenage girls in the house:

Anyone could call and if no one was home, no one would ever know that the call had been made.  People could say they called, even if they didn’t, and no one would be the wiser.  Conversely, if I called someone to see if they were home and then hung up, they would not know that it was me.  It was a wildly mysterious time, back in the day.

I was asked by my daughter when she was at school to proof-read an essay which discussed the changes in modes of communication over the course of time and the impact of these innovations.  Time stretched from cave drawings and smoke signals to telegrams and letter writing.  Phones evolved from  when switchboard operators connected party lines, bringing everyone so much closer and making the world a smaller place.  Eventually most people had a telephone in their home.  This is where my story began.  In my lifetime I saw a progressive change from a home with one rotary dial landline in the kitchen, to a second line, to a push button phone.  When away from home it was important to always have a dime in case one needed to make a call. Phone booths were not just for Superman.  They were however, disgusting.

As of late, I am fortunate enough to have a glimpse of something I call “the luxury of time”. I am married to a traveling husband and we are blessed with 3 “adult” children, living “on their own.” I now have the opportunity to write, from a very empty nest. I have colorful sisters and fascinating friends. I jot down quirky thoughts and ideas about family, work, friendships, and life in Canada/Barbados. Things have changed since the 3 sticky kids were under my roof. I don’t think of this as “mid-life,” I call it a beginning.

All of your thoughts, especially the one about fighting over the phone, are very nostalgic for me. I am thankful that I was born ten years before mobile phones started to become big. I too remember the time when you had to call your friends and quickly talk with their parents. I remember using the phonebook to look up their numbers or listening in on the conversations my brother or sister were having. It was much more simple than now, and in a lot of ways I miss it. It's almost as if things now are almost too simple and convenient, wouldn't you agree?

Show The Love to Your Big Loving Heart